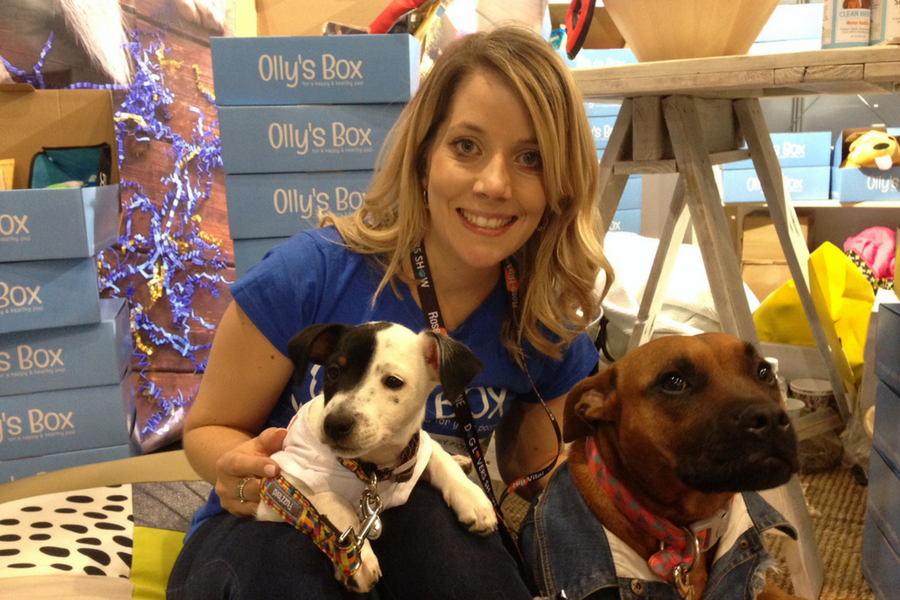 While the brightest tech minds among us set out to tackle complex questions about the ethics of technology such as artificial intelligence and autonomous vehicles, the general public is left to deal with an arguably more difficult question – which is the best type of dog?

For Olly’s Box cofounder Drewe Apps, the question was met with hesitation and uncertainty, before he confessed that his favourite dog breed is a Cavoodle. That said, the entrepreneur has a massive soft spot for his cross Shih Tzu-Maltese Olly, a dog which inspired the name of his startup, Olly’s Box.

Through an online platform, the business offers a monthly subscription box for dogs, with each filled with four to five unique products designed to encourage dog owners to have fun with their pet, get active, and maintain a healthy lifestyle for human’s best friend.

“We really want dogs to gain access the best life they can by encouraging their parents to get active with them,” said Apps.

Olly’s Box was founded roughly three years ago by Apps and his partner, Jessica Burke, after they adopted Olly, their first dog together. Looking for new exciting ways to get active with their new pet, Apps said the couple became “bored” with the generic selection of chew toys and treats lining the shelves of pet stores and supermarket aisles.

“[Olly] got pretty bored with the same old toys too. We saw a gap in the market, and thought we’d look for a way to supply bundles of different products online and encourage people to teach their dogs new things and get outside and active,” said Apps.

While monthly subscription services like the geek-friendly Loot Crate and book-focused OwlCrate dominate much of the oversaturated global market, Apps said he couldn’t see a lot of competition out there in the way of dog boxes, beyond a few players in the US.

“When we started there was no one else around in Australia, [just] companies in America. A few have entered the market since then, but none stick around for too long really,” said Apps.

To stand out from competition, the startup sought to focus on sourcing Australian-owned products to ensure their offering would cater to the local audience. To market the business, Apps said he and Burke took to social media.

“Starting off wasn’t easy, it was a long slog. It wasn’t so hard in terms of actual work, but rather how long it takes to build a trusted follower base. It definitely takes a while to build up an audience,” said Apps.

Apps added the business found particular success in photo-sharing platforms like Instagram, where the cofounders launched numerous competitions and campaigns which popularised the startup’s flagship hashtag, ‘#AussieDogsRule’. The startup’s Instagram has now amassed over 22,000 followers.

“There’s also a weekly newsletter. The online presence and sharing gives people something to relate to and encourages them to listen when we recommend products. I think it made us successful over competitors,” said Apps.

To try and get dogs and their owners active, each box includes accessories designed for dogs to use on-the-go, such as walking belts and treat bags. According to Apps, customers can typically expect a box to contain two to three toys, a treat, and an accessory, with products varying month-to-month.

An examples of an item found inside an Olly Box is a pre-dispensing food toy, which an owner stuffs with treats before giving it to their dog to try and gnaw out.

Food products found inside the boxes can be changed to cater to each dog’s dietary requirements, with Apps saying the startup has a number of vegan dog owners as customers.

“We also do special promotions for companies, often where we’re the first to market with a new product. We recently helped launch a new Australian made all-natural Salmon Skin product from a great Australian company called Savourlife,” Apps added.

Boxes start from $50 and typically include $70-80 worth of value, according to Apps, with a few types of boxes available beyond the ‘regular’ monthly box. There’s a ‘Barkday Box’ tailored for a dog’s birthday, and also a Puppy Box designed for all breeds of puppies.

“This contains toys to help a puppy grow, so everything from toys for teething to accessories for getting a puppy moving on-the-go, like a travel bowl,” Apps explained.

Bootstrapping the startup, Apps said he and Burke have developed their own dispatch sorting platform to cater for several Australian delivery companies used, as well as the varying combination of dietary products included in each box.

“Building the platform was also a hard slog. There wasn’t much around back then in terms of integrated online billing platforms for monthly subscriptions, so we had to work around it at first,” said Apps.