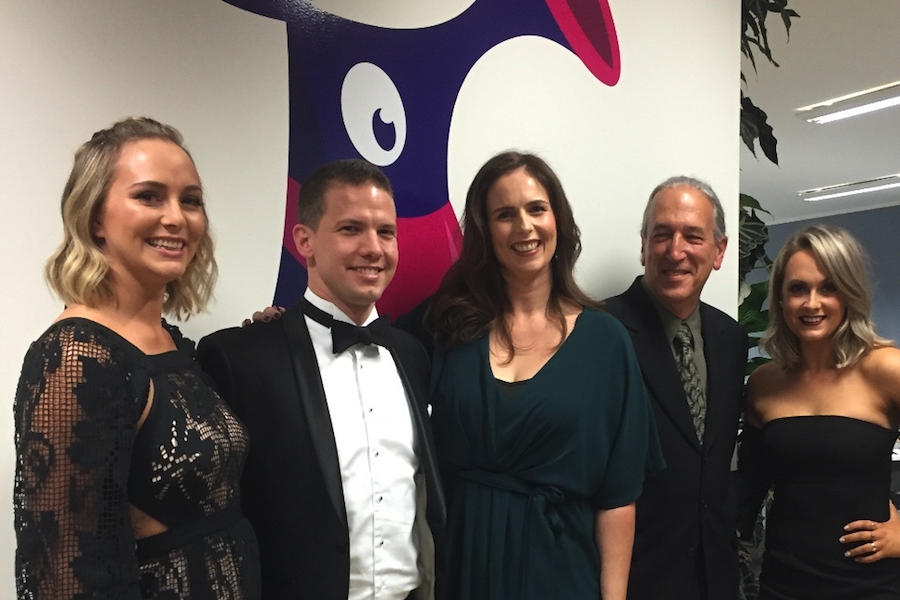 Ask almost anyone who has tried to buy a ticket to a big show as of late and they will probably tell you that the experience made them question how badly they really wanted tickets. Crowded House will tour again one day, right?

From the hours spent waiting in the queue to then finally getting through, selecting seats, and putting in your credit card details only to be logged out – not to mention paying ridiculous payment processing and/or ticket delivery fees for all your trouble when you do actually manage complete the process – the whole thing can be quite the ordeal.

Looking to provide a better service to eventgoers and event promoters alike is New Zealand ticketing company Eventfinda, which last year processed 20 million tickets for events around New Zealand. Launched in 2006, the startup was originally just an events listing platform.

Cofounded by Michael Turner and James McGlinn, the idea for Eventfinda came to Turner during a trip back to New Zealand after some time in Australia. He did the usual, meeting up with friends and family for dinner, after which conversation would to what the group could do after dinner – head to a show, see if there was some kind of festival on?

As McGlinn explained, there was no central platform through which to find these kinds of listings at the time, so Turner began collecting lists of the different resources and websites out there; ending up with over 150, he began to think there was an opportunity there.

“He then met me and convinced me about this whole idea of events discovery and how we could do it a lot better. He sold his consulting business in Australia, I sold my business, and from 2006 we were just on the kitchen table at his house, building Eventfinda,” McGlinn said.

So the pair built it, and managed to convince event industry stakeholders to list their content, from band managers to venue owners, promoters, and publicists. With event listings free, Eventfinda focused on selling advertising as it built up an audience.

“In those days ads were gold. We thought we would build up this big consumer portal and it would all be advertising-driven, and the we’d sell it to a big media company,” McGlinn said.

“Imagine then, two years in, it’s the end of 2007 and we’re thinking, this is it, it’s really going to work, we’re getting some traction, and then the GFC came along in 2008 and within a few months it absolutely decimated our ad revenue, which wasn’t part of the plan. We had to diversify and started thinking about what else we could do.”

The cofounders explored a couple of options; having effectively built the de facto national events database for New Zealand, they started a syndication network, selling the content to media outlets, and created white label offerings. They also began licensing Eventfinda in overseas markets, including Australia.

Still, they weren’t quite satisfied. With a number of promoters and venue managers using the platform having suggested Eventfinda explore building its own ticketing platform, McGlinn and Turner decided to take it on.

“We didn’t know a great deal about ticketing in those days, we had that naive startup attitude of, how hard can it be, it’s just an ecommerce thing, it’s a shopping cart. We literally went into it that naive about it, which was good because otherwise we wouldn’t have done it because it turns out ticketing is really, really hard to get right, especially when you get into allocated seating and the complexities around promoter holds, reporting, and scalability for on-sale,” McGlinn said.

“We started in October 2008 and sold our first ticket in April 2009. We just had general admission and we thought, right, that’s the ticketing system, we might have to do a bit extra for allocated seating, so maybe that’ll take us another six to 12 months to finish off. We’re now in 2017 and still nowhere near finishing it.”

Despite the users already familiar with Eventfinda through its listing service, getting customers to use the new ticketing function at the beginning was tough, McGlinn admitted.

Like many a startup founder, McGlinn and Turner decided to narrow their focus down to look at specific verticals. They began bringing on a couple of gum and roots events and reggae gigs, with word of mouth then spreading in those niches and Eventfinda soon finding itself covering those categories.

The startup has since found success with food and wine events too, and recently signed a contract with the Queens Lake District Council to provide ticketing for all its venues. This type of contract is common in the events industry, and is part of what contributed to Eventfinda’s difficulty breaking into the ticketing space; most big venues have exclusive contracts with vendors such as Ticketek or Ticketmaster that mean all events they host must run through that vendor.

However, McGlinn said the initial focus on niches paid off. Also key to Eventfinda’s growth, he believes, is its customer service; the platform can be completely self-service, however McGlinn said those putting on bigger events typically want a personal concierge-type service.

As such, Eventfinda’s event managers help clients with the build and setup of an event, ensure an on-sale goes smoothly, provide insight into pricing and marketing strategy, and help at the gate the day of an event, assisting with the likes of security and validation of tickets.

“Our competitors have great people too but they’re stuck using these old, outdated systems where it takes days to get an event on sale. We’ve got the same kinds of people, and in fact many of our people have come from those other organisations, but instead of spending their time doing that, they can spend 10 minutes getting the event up and the rest adding value for our promoters,” McGlinn said.

Part of the value for clients is also Eventfinda’s data; thanks to the fact the ticketing system was built on an event discovery platform, with events from other vendors still listed, Eventfinda can help clients understand what their customers are interested in beyond just their own events.

With growth in New Zealand steady, McGlinn said a key goal for the business now is to have Eventfinda flourish in Australia. Having licensed the platform out to an Australian firm several years ago, Eventfinda recently made the decision to bring it back in-house.

“The organisation had a lot of experience in media and advertising so we thought it would be a good fit, but it ended up being a site where the consumer proposition wasn’t as good as it was in New Zealand. There were a lot more ads, so it didn’t work as well as it did here,” McGlinn explained.