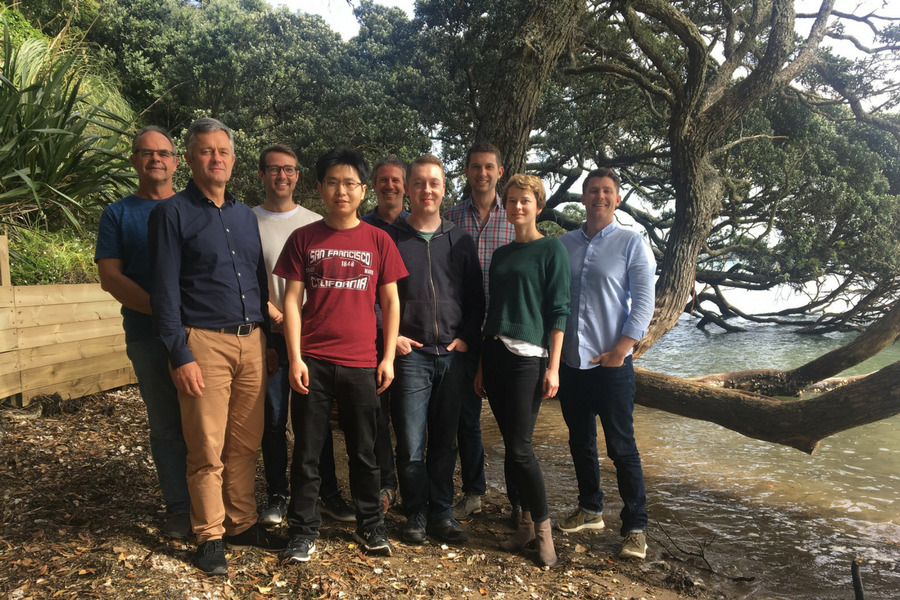 Slowly but steadily, use of the humble chatbot is growing as they become increasingly sophisticated. According to a report from Grand View Research, the global chatbot market is expected to reach US$1.23 billion by 2025 as both new players launch with a service centered on a chatbot and established enterprises too embrace them – an Oracle survey of marketing and sales executives across several markets saw 80 percent of respondents state that they had already used chatbots, or planned to by 2020.

Looking to bring the chatbot experience to the New Zealand insurance market is startup Cove, founded by brothers Andy and Rob Coon, both of whom have experience in the insurance space, former CFO of Tower Brett Wilson, and IT professional Peter Reid, who has worked on projects for the likes of IAG and Tower.

The company’s goal, as stated simply by Andy, is to “evolve the world of insurance”. With consumers time-poor, the aim is for Cove to deliver “the most intuitive mobile experience of any insurer in the world”.

“Existing insurers are focusing on innovating incrementally, with small improvements in the insurance customer experience being made occasionally. Cove is a digital-first company, with more developers on staff than marketers, and we plan to innovate rapidly, always with the customer top of mind,” Andy said.

The inspiration for Cove, Andy said, came from his experience in Europe, where he saw banking and insurance both being disrupted by digital-only startups.

With he and his brother working at insurance startup WeFox, a vendor-neutral service platform giving users a place from which to access all their insurance contracts and enter into new ones or quit old ones at any time, Andy said they had a front row seat and saw in particular what customers are looking for in their insurance experience.

As a digital insurance company, Andy said this means Cove’s primary contact point for consumers will be through “any internet-connected device”.

To interact with the company, users will launch the chatbot, which will talk them through each step of buying and managing their insurance, and claiming when they need to.

The startup, according to Andy, will look to roll out a suite of personal insurance products throughout 2018 which will “position Cove as a new option for the majority of New Zealanders as an insurer capable of managing all their insurance needs”.

“This means we will be exploring all types of insurance, and seeing where Cove can add value and simplify the process of buying and managing insurance,” he said.

What will this actually look like? Non-disclosure agreements mean Cove can’t actually say much, Andy claimed, but it may likely follow the sort of model used by fellow insurance startups such as Trov in partnering with an insurance provider to cover its licensing and capital requirements.

An on-demand insurance service, Trov launched in Australia last year through a partnership with Suncorp. Trov allows users to buy insurance for individual items of value, such as cameras, laptops, bikes, or instruments, turning it on or off as they please, creating what Trov calls ‘micro-duration’ policies. The startup’s insurance risk was underwritten locally through Suncorp’s AAI Limited.

With the digital-first approach, Andy said Cove will be looking to target digital natives first up.

“This group will be familiar with purchasing their products online, and may already use digital solutions for all their banking, utility, and telecommunications needs,” he said.

“Ultimately we expect to be able to convert consumers who value us offering a better understanding of what they are insured for. Feedback from consumer testing sessions we have held indicates all the jargon and legal-speak used by traditional insurers makes them unrelatable and frustrates the consumer. But this set will also be more cautious so may want to see a track record before joining.”

Andy pointed to the growth of US startup Lemonade, an insurtech providing renters and home insurance through a chatbot, which reported in June that it had amassed over 14,300 customers since its launch just eight months prior.

“There are currently no digital-first insurance companies in New Zealand so in some sense we’ll stand alone. We compare our processes and technology to international players and here we believe we stand alongside the best in the world. We’ve applied the innovative and most helpful features from other markets, and developed a few of our own,” he said.

“In terms of insurance cover, our products are comparable to the large competitors. Where we believe we have an edge here is clarity and customisability.”