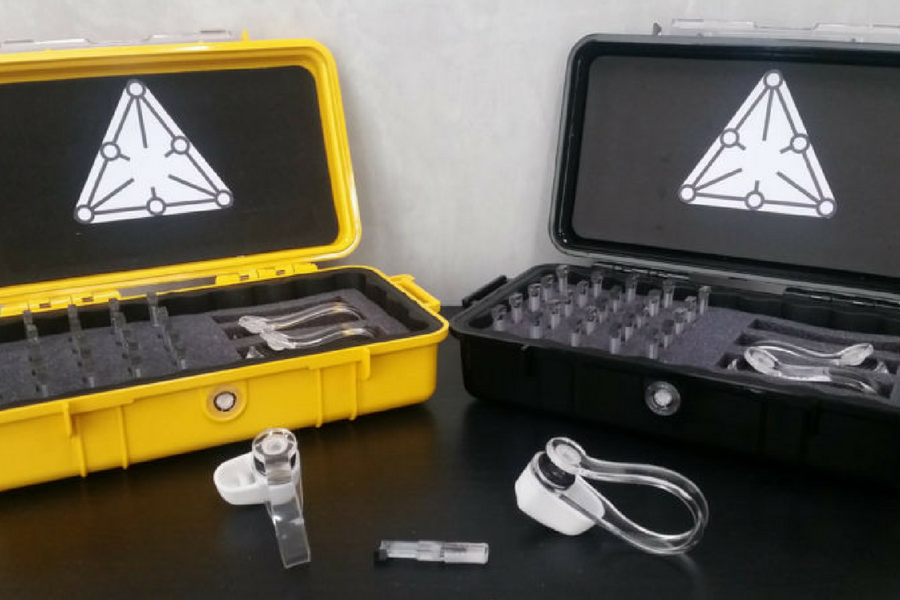 The kit to diagnose leishmaniasis is being trialled this month by the Armauer Hansen Research Institute (AHRI) in Addis Ababa, Ethiopia, as part of a program to revolutionise the way diseases are tested and treated.

Working with Austin-based infectious disease virtual incubator PandemicTech and the New Venture Institute (NVI) at Flinders University in Adelaide, Dr Endalamaw Gadisa has been able to quickly iterate his knowledge of a better way to test for leishmaniasis into a practical and cost-effective design.

Leishmaniasis is a parasitic disease spread through the bites of sandflies. The World Health Organisation estimates that up to 1 million new cases and 30,000 deaths occur annually, usually among malnourished people living in poverty and or unsanitary conditions. Although it can lead to ulcers and death, leishmanias is curable if diagnosed and treated early.

Addis Ababa-based Dr Gadisa identified several difficulties in testing for the disease in Ethopia, leading to the need for more effective and practical diagnostic equipment. The difficulties with the current system include the cost of a liquid medium (reagent) used for testing, the fragile test tubes used to store the reagent, the challenge of viewing the samples under available microscopes, and the length of time it takes to get results, which can be more than a week.

He developed a design for a test tube that requires significantly less reagent (10 microliters versus 25 millilitres) and could provide results in as few as three days, but he lacked the ability to build his prototype in Addis Ababa.

Andrew Nerlinger, the director of PandemicTech in Austin, offered to work with Dr Gadisa as one of the incubator’s original pilot projects, and then brought the problem to Matt Salier, the director of Flinders University’s New Venture Institute in South Australia.

“When I eventually described the project to Matt Salier during the South by Southwest conference in March 2017, he offered to collaborate and introduced me to NVI’s Raphael Garcia, who ultimately worked directly with Dr Gadisa and me on several design iterations resulting in the prototype depicted in the most recent photos,” Nerlinger said.

The New Venture Institute is located in the Tonsley Innovation Precinct, a former car factory transformed into an advanced manufacturing hub in Adelaide, a sister city of Austin.

“Flinders NVI has had an office presence in our sister city Austin for over four years now with our local partner, Tech Ranch. I met Andrew from Endura Ventures as he was establishing PandemicTech and we saw an opportunity to apply our design and innovative manufacturing expertise at Tonsley,” Salier said.

Prototyping the design took less than four months and was done on NVI’s Stratasys Objet Connex 3D printer. This allowed various solutions to be considered through a Design-Thinking process before picking the most suitable one to be designed on CAD software. 3D-printed test tube and caps that form part of the test kit.

Salier said the first prototype was created using a clear liquid resin and was produced in three parts: a main body which will hold the fluid, a cork on top to plug the culture tube, and a bottom plug which is removable to clean the culture tube. The main body has a central hole throughout the unit, which the plugs connect to, a design choice that allows the culture tube to be re-usable and cleanable.

The design of the main body was refined several times to increase the clarity and durability of the body, the part responsible for allowing diagnosis through microscopic inspection. Different materials were printed for the top and bottom plugs to ensure they could completely seal the main body while remaining easily removable for cleaning and sterilising.

The finished kit, which cost less that A$5,000 to develop, is packed in an off-the-shelf Pelican case with foam laser-cut at the university. The pack also comes with special 3D printed microscopes that attach to a smart phone camera and convert the phone into a powerful 60x magnification microscope that can collect photos for diagnostic purposes. The microscope is made by South Australian education startup company Go Micro that is also co-located at Flinders University at Tonsley.

Despite Austin, Adelaide and Addis Ababa all being more than 10,000km apart, Nerlinger said the cost effective collaboration has created reusable high quality prototypes at a fraction of the typical cost “for a neglected disease that causes immense morbidity and mortality in the most austere and resource limited environments in the world”.

“We were also excited that NVI was able to match Dr Gadisa with one of its own technologies, the microscope attachment used on a smartphone that is able to read the results of the leishmaniasis testing,” he said.

“The new testing device will allow more patients to be treated earlier and decrease the amount of time it takes to obtain a diagnosis. It will also potentially allow health workers to provide a diagnosis to patients while conducting medical work in the remote regions often most impacted by leishmaniasis.

“If the testing is successful then the opportunity exists to build a financially sustainable social impact company around the testing kit that brings together resources from Ethiopia and Australia.”

Salier said projects like these were exactly why Flinders NVI was always endeavouring to demonstrate how new technologies and business models could address large-scale problems facing society.

“We don’t need more software to solve problems already solved 10 times over, what we do need is innovation which has impact, that creates value by applying new approaches to global challenges.”