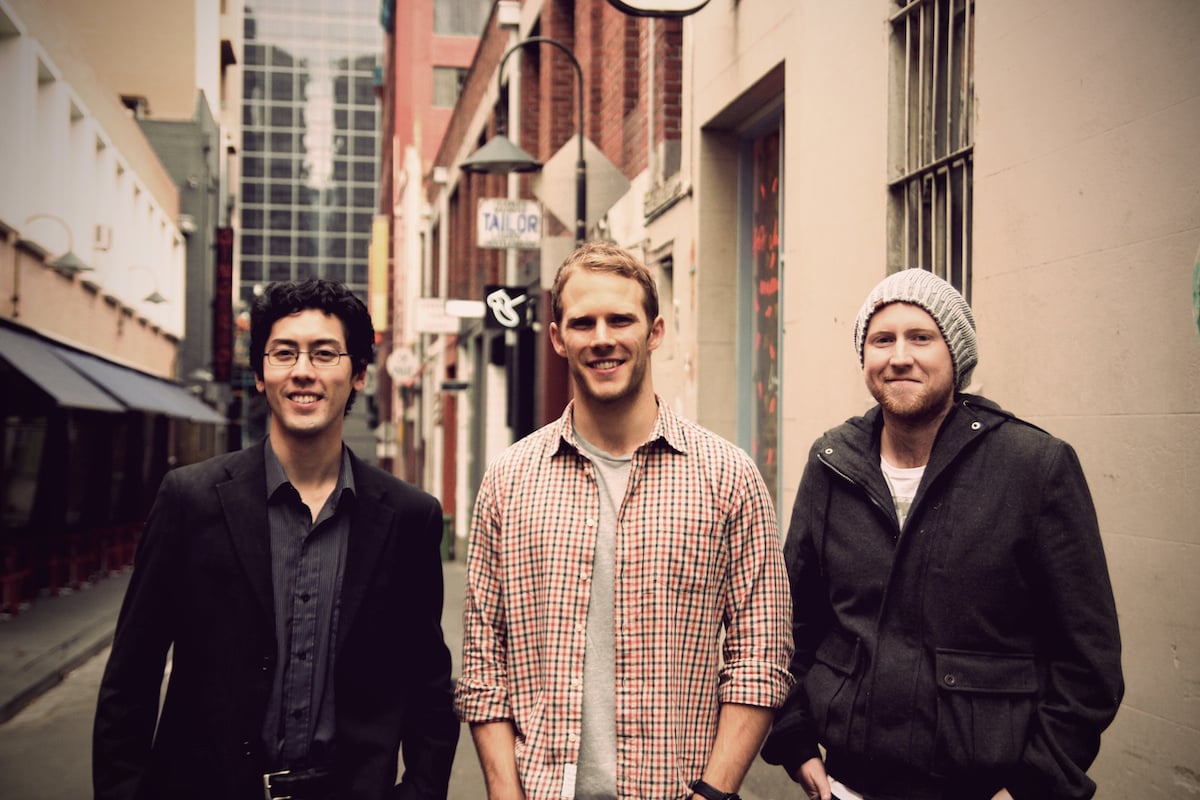 Retail is a hard game. Consumer shopping habits having shifted drastically with the advent of online shopping. Now that Australians are increasingly shopping online, retailers are having to work harder at gaining and retaining customers. In response to this changing consumer landscape, as well as growing concerns among retailers about becoming irrelevant in the face of technological change, Melbourne-based entrepreneurs Michael Carr, Peter Wallace, and Ed Harradine have decided to embark on their own startup-style intervention – Swoop.

Launched earlier this month, Swoop offers small business operators the opportunity to boost foot traffic, sales and profit by targeting customers through GPS-linked app alerts that direct them to special deals and discounts as soon as they are within close proximity to a particular store.

The mission for the co-founders was to help SMBs increase customer demand in times of need. Whether it be quiet periods, wasted perishables, overstocks, competitor activity or even unfavourable weather conditions, challenges for SMBs are aplenty on a daily basis.

With Swoop, SMBs have the ability to use technology to actively target potential customers as they walk by, rather than hoping that they notice sale signs on front windows.

How does it work? Merchants select “create an offer”, type an offer title and description, choose an icon that suits, select a start and finish time and hit post. The offer then appears on the “nearby offers” map and list which is viewable by all users. The offer is also instantly pushed out as a notification to the mobile devices of both nearby consumers and anyone who has added that particular merchant to their “favourites” regardless of their current location.

Carr says the process from start to finish can take as little as 30 seconds: “We realise that time isn’t always an asset SMB operators possess so we refined the offer creation process as much as humanly possible.”

There are no rules around item value, discount depth or time frames – making the app applicable to any kind of business whether it be a cafe or a golf course. And merchants can edit or cancel the offer as they please.

Carr says the trio were inspired to create this app after witnessing a Subway employee throw out a bunch of unsold stock a couple years ago. At that time, they thought there needs to be a better way for SMBs to communicate an offer to consumers instantly for a short period of time to alleviate whatever challenge they’re facing.

“The more we looked into what options were currently available for generating increased customer demand with a quick call to action – like daily deals, sign boards and spruiking – the more we realised there was a gap in the market,” he adds.

After that light bulb moment, they spent two years refining the concept, establishing the team and building the solution.

Carr believes that Swoop is unique in that is provides merchants with a free and easy-to-use tool that is void of middlemen, commissions and requires nothing but a little creativity and a mobile device.

He adds that, from the consumer perspective, it’s a great way of taking advantage of offers while in close proximity to the business.

Swoop has been bootstrapped to date, and the co-founders don’t have any plans on raising funds until it’s necessary to move forward.

“We’re absolutely a lean startup but we haven’t let that impact the quality or presentation of our product. We’re attempting to fill a huge but challenging gap in the market and wanted to come out with something very slick and effective in order to accomplish that,” says Harradine, Swoop’s Lead Programmer.

“It’s just the beginning, we have so much more we want to do with the App, it’s only going to get better for everyone.”

Carr says they don’t plan on monetising Swoop at the moment; their focus is on providing a free, valuable service to SMBs.

“All our attention is going towards growing the user base on both the merchant and consumer side, effectively creating a community that really enjoy the App experience,” he says.

“Once the volume of usage is there we’ll look at monetising, most likely in the form of an optional paid premium service for the SMBs.”

Although they plan on growing their user base rapidly – like any startup – they will be spending little-to-none on marketing. Carr says the majority of their promotional efforts are centred around free initiatives such as social media, word-of-mouth, free press and by building strong mutually beneficial relationships with SMBs that eventuate in cross promotion.

“We provide merchants with a counter card and stickers that encourage their customers to download the app and add them to their favourites. This strategy enables merchants to help us help them by growing the consumer market from the inside out,” says Carr.

At the same time, Carr admits that growing the consumer and merchant user base will be a big challenge – especially with limited resources.

“We’ve worked extremely hard for a long time to ensure our product is of exceptional quality and that is reflected in the feedback we are getting from the market,” he says.

“Now we just need to raise awareness of its existence to the population at large, a simple enough goal that is particularly difficult to execute.

“Swoop is the kind of product that just works, the merchants who are already on board really like it and we are hoping that with a lot of awareness raising efforts on our part, particularly in these early days, it’ll reach a tipping point where word of mouth will propel it’s growth.”

One of the biggest challenges for this startup to date has been one echoed by many founders – putting together the right team whose members share a vision and are equally committed to the success of the startup.

Despite the difficulties they’ve faced, it’s proving to be worthwhile. In its first week alone, Swoop gained 500+ users, growing steadily since.

The startup’s plans for this year including build a substantial Swoop community in Melbourne before expanding its operations interstate and internationally.

“The service infrastructure is such that it can be used pretty much anywhere already but in terms of our promotional efforts, it’s practical for us to focus locally for the time being,” says Carr.

“We’d love to land some key larger franchises as soon as possible which could really give us a boost.”

The Swoop team also have some new functionalities that they will be adding to the app, and are currently working on the Android version.

More information on Swoop is available via www.swoop-app.com.