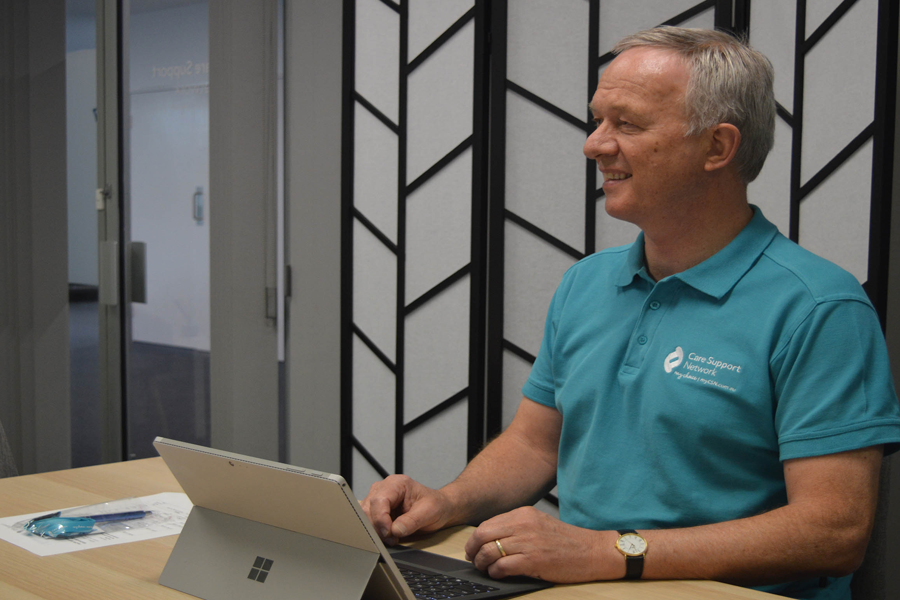 After being repeatedly hit over the head with the stats over the last couple of years, it’s not exactly a Sixth Sense twist to hear that Australia’s population is aging, and that this poses issues for a plethora of stakeholders, and the economy in general.

Moving to help rescue the sector is, mostly unsurprisingly, technology, and the startups working around them. Collectively, these business have managed to carve out a niche of their own – the ‘care’ space: startups such as Careseekers, Home Care Heroes and Seeva are developing platforms to connect seniors with in-home carers, while BetterCaring is creating an online marketplace for aged care and disability support services.

Meanwhile, on the other side of the care spectrum, startups such as Lumen look to help seniors communicate with others, while Melbourne-based Opaque Multimedia looks to bring awareness around dementia through virtual reality.

Combining elements of both sides of the care sector is one of the newer players in the space, Care Support Network (myCSN).

Through an online marketplace, the startup connects elderly Australians and people with disabilities with qualified care workers, with a number of services registered under the National Disability Insurance Scheme (NDIS).

As a way to extend its singular identity as a care marketplace, myCSN also supplies an online forum for its users to connect with each other for support, companionship, discuss common issues, engage with local sporting clubs, and link to external services that aren’t directly tied to the platform.

Launched by cofounder Rob Evers and Irena Gelman last year, the startup emerged from what Evers described as a “game changer” for the care sector, where the government initiated responses to the Australia’s aging population.

“Government legislation has brought in the concept of consumer directed care – the National Disability Insurance Scheme [NDIS] delivers funding to individuals with disability to manage and control the purchase of their own supports and services. Similarly, with aged care at home, older Australians now receive individualised funding to purchase care services directly,” explained Evers.

“This is a game changer for both the aged care and disability support sectors as the traditional service delivery model of government block-funding to institutional service providers is being severely disrupted. The inherent overhead or infrastructure costs in the sector are high and an efficient mechanism was required…and so the idea of an efficient, cost-effective, online marketplace solution was created.”

During the development of the platform, the startup worked to install certain design elements that would be able to support its live user base, with features such as allowing a user to enlarge font sizes on the platform included.

Like a number of other care platforms, myCSN also places its helpline number in a prime position on its page, as a way to cater to an audience that often prefers to talk to someone when making bookings and enquires.

Other “enchantments”, Evers said, are currently being planned for development to support user. These features, he explained, combined with the forum community, are what will help myCSN stand out from its competitors.

“The network concept is something that’s new to the online marketplace [and] although still in development, these features will greatly enhance loyalty to the myCSN website,” he believes.

“myCSN also wants to work closely with traditional service providers – some of whom are having difficulty making the paradigm shift to the new market driven service delivery model – by allowing them to register on myCSN, advertise their services and even utilise our bank of care workers to fill shifts at a lower cost margin than they would otherwise pay to a traditional agency service,” said Evers.

To book on the platform, Evers said myCSN has “deeper” search options compared to other care platforms, allowing its users to refine their search through filters such as qualifications, cultural background, language spoken, skills, and whether a carer holds an ABN or drivers licence.

“The idea is that the best possible match of carers located nearby will be offered to the user, who will select and engage with the carer or carers of their choice. The user then books and pays for the carer’s services through the myCSN portal,” explained Evers.

Self-funded through most of its development, the startup was able to later raise capital through a private investor.

When transactions are successfully made, myCSN takes a fee, with the payment deposited into a carers account within 7 days after the service has been delivered.

To join the platform as a carer, candidates have to supply the mandatory checks, before setting up a profile about themselves by attaching their experience, skills, background, interests, location, and a profile picture.

Nearly a month on from launching across Australia, Evers said the startup has connected with 3000 carers, and will be looking to onboard new partners, carers, and features in the coming months.