muru-D Class Two Demo Night: Over $2.6 million in revenue generated by the startups in the last six months On Wednesday and Thursday evenings this week, Telstra backed accelerator program muru-D presented its Demo Night to stakeholders within the Telstra organisation, potential investors, advisors and other individuals from Australia’s startup ecosystem.

Class Two of the program, which began six months ago, started with 11 teams. However, only 10 of those teams managed to complete the full program, hitting all the necessary milestones along the way. Although the name of the missing company was not mentioned on the Demo Night, a quick look back on earlier stories around the current muru-D contingent will reveal that the startup was Funetics. Where Funetics fell short was in managing to complete one of the milestones – such as the $5,000 Advisory Investment Program or on-boarding a paying customer, etc. – required in the program before the given cut-off date. This means that, as per the rules of the accelerator, the startup had to move on from being active in the current program and joining the muru-D alumni.

Stories like this show two things; the first is that muru-D is serious about its framework; and the second is that the accelerator is preparing startups for the real-world where closing things like sales or investment by a certain date can mean the difference between keeping the dream alive or having to shut a business down.

muru-D’s Demo Nights took place inside the Telstra Customer Insight Centre in Sydney. I felt that these presentation nights, in comparison to last year’s, had a deeper buy-in from Telstra. From the moment you stepped out of the elevator, there were ushers, hospitality staff and the muru-D team giving guidance on where to go and what to do. The startups were in constant presentation mode giving guests an opportunity to “play” with the products and services prior to the formal part of the evening. When that portion of the night came around, the set up of the stage was simple with full floor to ceiling projections creating an immersive experience from the usual rectangular “death by powerpoint” feel you get with most events like this.

To say the achievements of the 10 presenting startups were impressive would be an understatement. As with any style of program, muru-D’s Class Two had the benefit of the learnings that came out of the first program; and this resulted in the startups gaining more user traction, more sales and more regional opportunities, mainly due to the new focus on China this time around instead of the United States.

Perhaps the most impressive statistic from this class is that the startups have generated over $2.6 million in revenue between them in the last six months. That is not projections either, that is actual sales that have been processed and contracts that have been signed. Another interesting factor was that startups like Tripalocal had already closed a seed funding round of $850,000 and is beginning to have conversations around a Series A already. While that seems fast by Australian standards, the Chinese angle of this intake has meant that a handful of the startups are moving at the pace that many high-growth tech companies in Asia do, and over there a six-month period between a seed and Series A round, is actually not considered unusual.

The China focus and subsequent learning tour that has taken place within this program seems to have opened up a number of highly scalable and very profitable opportunities for this class of startups. 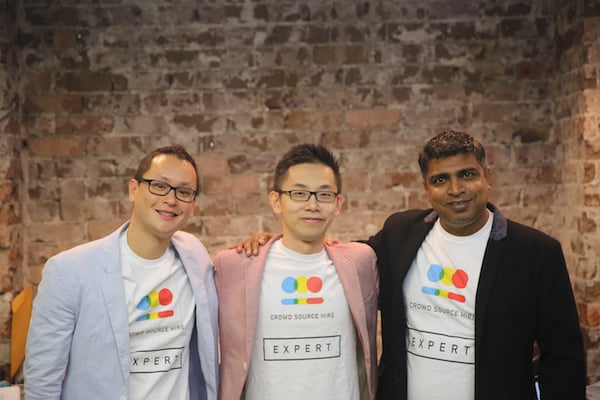 CrowdSourceHire’s platform allows businesses to assess the technical skills of professional hires by crowdsourcing industry experts to vet and validate their candidates. While the difference between the free and premium version of the site could have been explained a little better, CrowdSourceHire have achieved global validation of their product and a move into the South East Asian region is on the cards for them. The startup has completed projects for over 124 companies so far including departments within Telstra and Sony as well as Grab Taxi, one of the fastest growing companies in Asia right now. 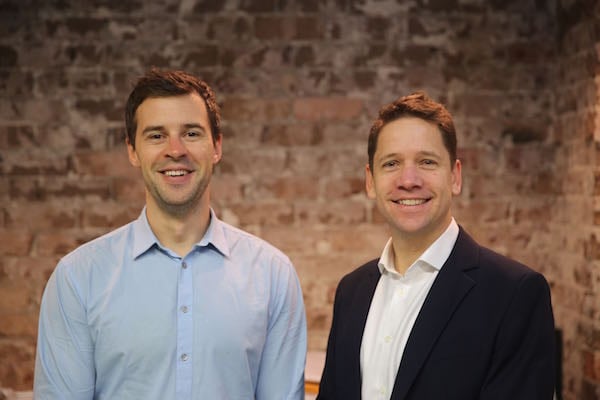 The founders of Disrupt

The Disrupt team is customising sports equipment through technology, providing customers with 100% individual sporting equipment such as surfboards. So far, Disrupt has made $600,000 in revenue and announced exclusively at the demo night that it would be opening a European office next month. Disrupt is currently in the middle of raising a $500,000 round of seed funding for the business that will be combined with money from grants that it is also seeking out in various countries around the world. In addition to these achievements, Disrupt has been able to attract some recognisable names to its advisory board including Jodie Fox from Shoes of Prey and Matt Fayle from The Loop. 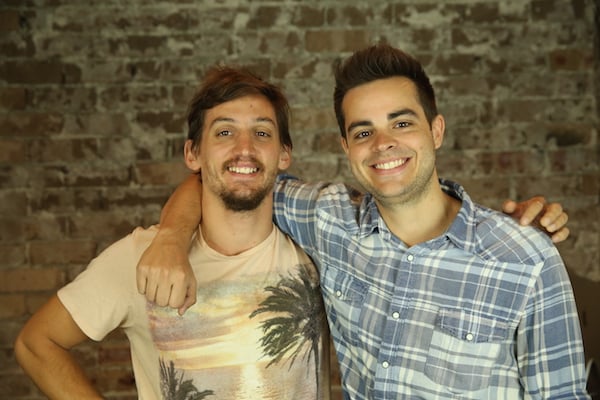 FanFuel’s platform connects brands with influential athletes in order to create social media endorsements. Since going live in February, the platform has generated $17,000 in revenue and the startup is now working with Telstra and Sony. The startup also has “tier one” leads in the United States and the founders are currently on a plane and going over to pursue this opportunity. Right now there are over 3,000 athletes that have put themselves on the platform and the founders announced last night that they have opened up a seed funding round in which they aim to raise $380,000. 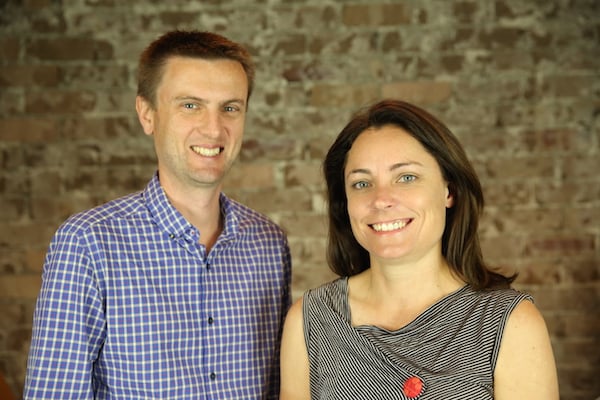 The founders of Freight Exchange

FreightExchange’s platform allows empty trucks, ships, planes and trains all around the world to be filled, which saves shippers time and money in managing their freight. Since launching, the startup has made $24,000 in revenue and in its presentation forecasted $1.6 million in projected revenue over the next 12 months. It is important to note that this company concentrates on “line haul” and not “last leg logistics” which is a space that already has a lot of players in it. China represents a huge opportunity for the startup, especially in the space of importing and exporting between Australia and China – these features of the platform will launch in December this year. At the moment Freight Exchange is in the middle of raising a $560,000 seed round. 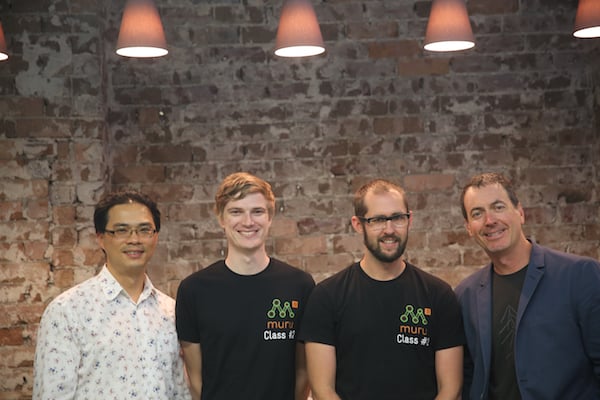 Instrument Works is developing a new set of tools for managing experiments in research and industrial applications. These tools focus on how users collect and manage data – think of it as an Internet of Things type approach to a laboratory situation. The company’s first sensor production run sold out and the startup has closed two major equipment contracts with Australian universities so far. At the moment, Instrument Works is scaling up its manufacturing and distribution processes in China. The startup says it thinks its biggest opportunity will come from the SaaS tools it has developed to assist researchers. The team is currently trying to raise a $500,000 seed round. 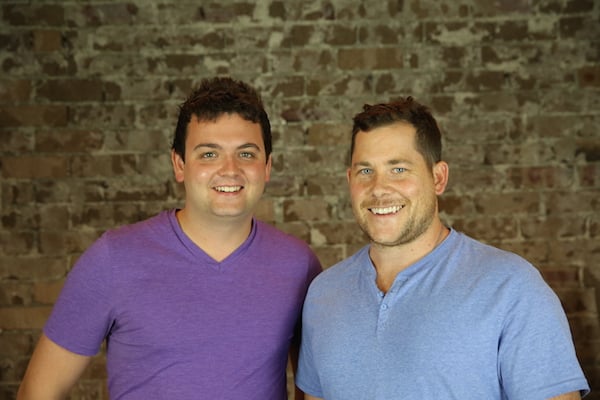 SoccerBrain’s mission is to provide the best technology for sports education. The application enables anyone to be trained in the basics of soccer coaching, something which is currently not systemised and is to the detriment of young school and university aged players because they are not ever able to fully develop their skills. Thus far, the startup has signed up 10 clubs in Australia to the platform, but the biggest opportunity has been discovered during their interactions in China. This has resulted in 280 universities in China rolling out SoccerBrain in June. Because of interest from the Chinese, the startup will be spending a great deal of time there and plans to raise around $5 million in the next 18 months to keep up with its expansion plans throughout the country, targeting the 280,000 soccer clubs and 250 million players they have there. 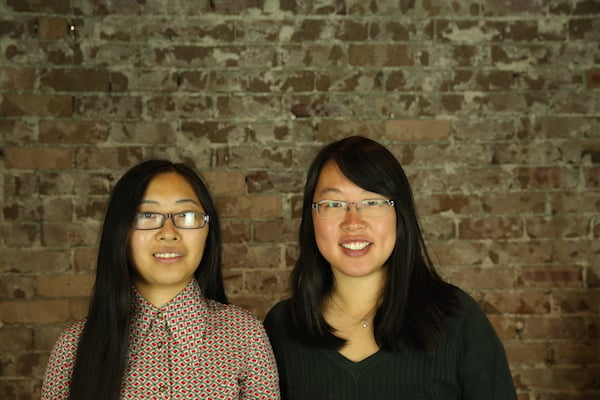 The Tripalocal platform is a marketplace for outbound Chinese tourism focused on local experiences. This startup is another one out of the current muru-D class that will find themselves spending majority of its time based out of China because that is where all its customers are. Xu has been able to get a strong advisory board together that really represent the best in the industry across both Australia and China. In addition, the company has closed a seed funding round of $850,000. The startup will also be announcing in the coming week a new appointment for the business for the position of Chief Operations Officer – it is speculated that this person is one of the senior growth hackers from China based organisation Baidu. Tripalocal will begin to start raising its Series A round with a view to close that by the end of the year, something Xu says is “the usual pace” when raising money in China. 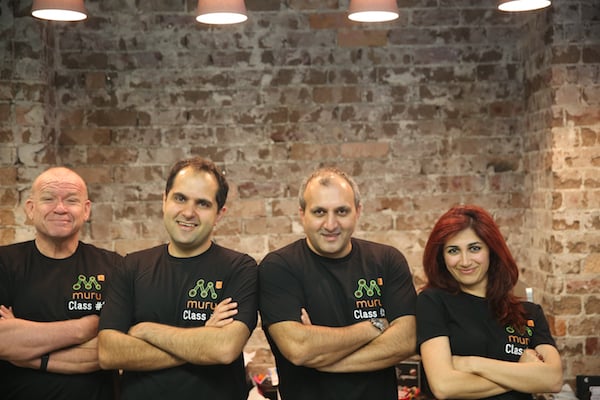 The team at vClass

vClass allows users to connect, collaborate, share ideas and exchange notes more easily by using pen and paper in real-time. Although it was not announced publicly last night, vClass confirmed with Startup Daily that it has closed a seed round of funding totalling $450,000 that was led by two investors out of Taiwan. In perhaps the biggest sale to come out of any startup in an Australian accelerator program while still in the program, vClass announced that it has $1.8 million in revenue under contract after signing a major customer out of China. Last night, the startup informed the audience it would be opening up a Series A funding round within the next six months – again, like Tripalocal, to service Chinese opportunities. 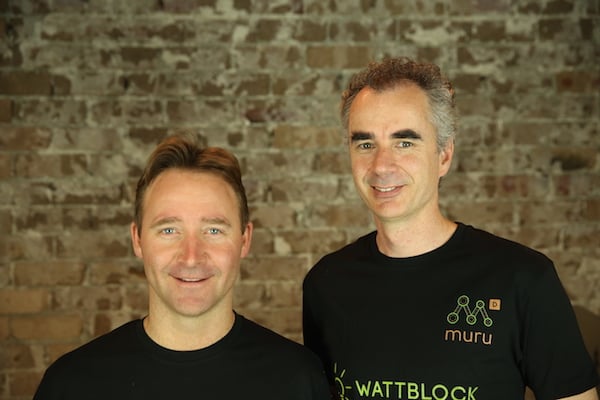 Wattblock is helping solve the challenges surrounding energy price rises and carbon emissions for residential buildings. Since January, the startup has produced more than 200 online energy reports and started 10 building upgrades including its first high-rise project, a Meriton complex. The team has won a global energy challenge competition that it entered as well as a state sponsored trip to China to meet with key stakeholders in the sector to talk about the product. So far the company has made $30,000 in revenue since launching, and next week, will be flying to the United States where it will meet with Ambassador Kim Beasley to discuss opportunities over there. Wattblock is hoping to raise a $1 million seed funding round. 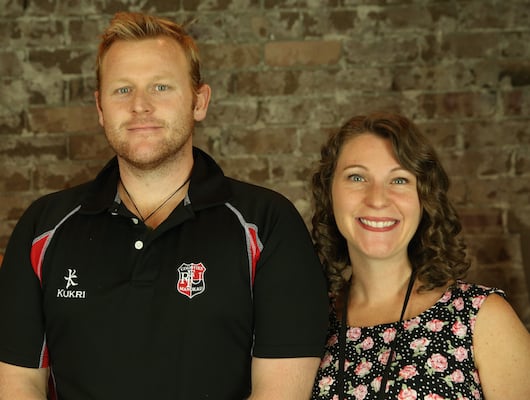 YouChews is on a mission to eradicate stale sandwiches from office catering with its platform that connects companies to the local food scene. Already since launching, the startup has made over $250,000 in revenue from over 100 customers that have used the platform to cater for 400 events. Perhaps the most powerful statistic is that YouChews has a 70% repeat customer rate. Unlike all the other teams in the class, YouChews has chosen to focus solely on the Australian market in order to take a slice of what is a $2 billion opportunity for them. The team announced last night it was raising a seed funding round of $250,000 to help accelerate things to the next level which means a presence in every Australian capital city.

To find out more about the startups that presented at Demo Night, you can connect directly with them via the muru-D website.

Previous article Canva announces additional $6 million funding as it prepares to take on Adobe and Microsoft with ‘Canva for Work’
Next article Hutbitat is taking on two of the biggest companies in Australia; and based in Singapore, that’s going to be pretty hard
Via Advice
Tags capital raisechinademofeaturedinvestmentIOTmuru-Dpitchstartupstech