Micro gas turbine could help take homes off the grid 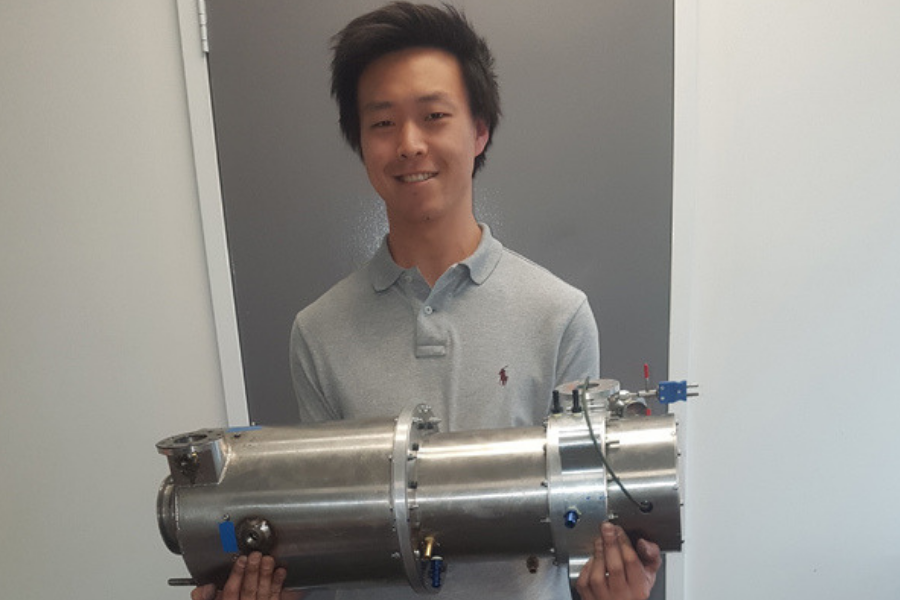 The prototype unit is only about 10 per cent of the weight of a typical internal combustion diesel generator and can be configured to run on a range of liquid and gaseous fuels including propane, natural gas and diesel. It was demonstrated in a series of sessions with senior Defence personnel in the Australian capital Canberra on Wednesday.

ecoJet plans to use its technology to develop a commercial product for households and industry to complement existing technologies such as solar panels and battery storage.

Co-director Alexander Wright said early customers would likely be a combination of domestic housing and defence.

“A military product is a commercial product with a bunch of extra stuff on top so we can easily tweak it to suit both markets because we are very much looking to break into both areas,” he said. Wright said a household unit would be smaller – around the 10kW size – and would likely be fuelled by the home’s existing natural gas supply.

“Part of that is to capitalise on the current environment – we’ve got high energy prices and a lot of ageing infrastructure in terms of the power lines and the reliability of the grid particularly in South Australia so we’re looking to tap into that market and the need to find an alternative,” Wright said.

“If a particular industry application had peaks of high demand that the existing solar infrastructure wasn’t able to meet then you could use this capability to meet those peaks and troughs. Alternatively you could use it in a housing set up to supplement a small solar system with this technology to provide essentially off-the-grid power.”

The engine system that generates the power, excluding the control system and the fuel tank, weighs just 48kg in the demonstration unit compared to 433kg for an equivalent part in a current military diesel generator.

It is also about two-thirds the size of the diesel engine, measuring about 600mm long and 250mm wide. The micro turbine works in basically the same way as a typical jet engine where a compressor draws in air and passes it into a combustion chamber where fuel is injected and ignited as it passes through a turbine, creating rotation.

“What we’ve got as part of our novel solution is an integrated shaft assembly where the shaft that connects the turbine and the compressor has an integrated generator attached to it,” Wright said.

“The generator spins with the turbine to create electrical energy from the rotational energy extracted from those combusted gases.

The collaboration between Wright, James Kim and Warren Day that led to the formation of ecoJet Engineering began in 2015 with an Honours project at the University of Adelaide that achieved one of the world’s smallest ultra-micro gas turbines.

Through further studies at the University of South Australia, the collaboration won a Venture Capitalist grant in 2016, which helped launch the company.

ecoJet Engineering also pitched its ultra-micro gas turbine design to a military technology convention in Adelaide where it was named best innovation.

Major players in the global micro gas turbine industry include Capstone Turbine Corporation (US) and Bladon Micro Turbines (UK) but Wright said their focus was more on industrial applications in the 30kW and greater range.

South Australia leads the nation in the uptake of wind energy and roof-top solar with renewable sources accounting for more than 50 per cent of the electricity generated in the state.

However, the closure of two coal-fired power stations in recent years has forced up prices and increased South Australia’s reliance on energy supplies from the eastern Australian states, particularly in times of peak demand.

Wright said the mobility of the light-weight ecoJet unit, the versatility of the fuel source and the potential for more efficient electricity production were among the advantages of the system compared with traditional diesel generators.

“And that’s comparing a prototype unit with a commercially mature product,” Wright said.

“We have a lot of scope for improving our efficiencies above that with things like heat recuperation, bearing advancements, the use of advanced materials such as ceramics and graphenes and multi-stage turbo machinery, which is uncommon for turbines of this scale.

“We’re planning a fairly rapid development timeline and as part of this demonstration we’re looking for further investment from defence and government grants.”

ecoJet Engineering received funding at the beginning of this year from the South Australian government and the RAAF Air Warfare Centre Innovation Hub to progress its concept design for a 20kW micro gas turbine into a viable prototype unit.

“Generally to get to the point we are currently takes one and a half to two years and we’ve been able to do that in less than a year so what we’re aiming to do is continue that swift advancement in the next two to three years to achieve a commercially ready product – something that we can take to market and start mass producing,” Wright said.

“That is quite an aggressive timeframe and we are working with Defence and broader industry to develop those relationships.”