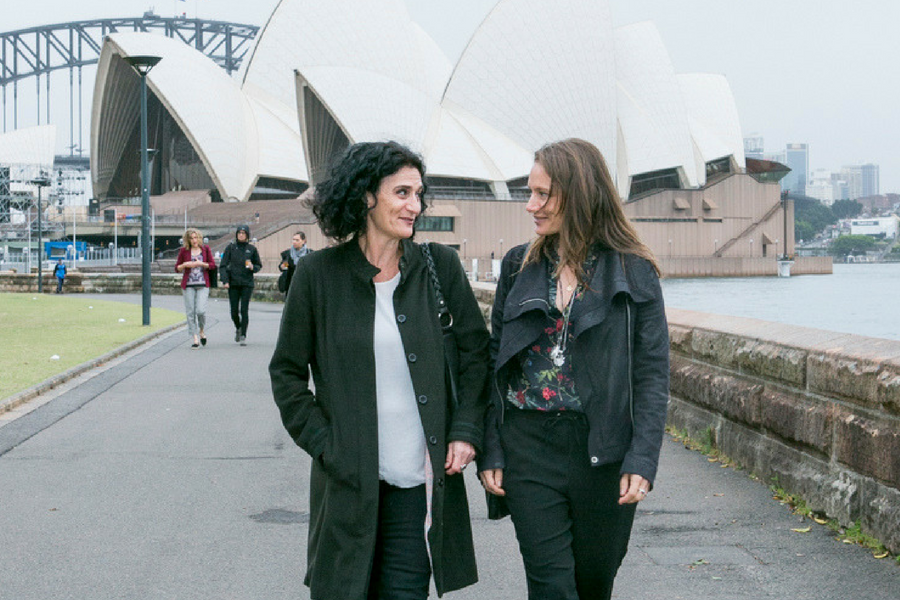 There is no shortage of mentoring programs out there, but as the startup space has shown us, there is always a gap in the market to be found.

As such, looking to put a new spin on the mentoring process is Mentorwalks, launched in Sydney last month by Bobbi Mahlab and Adina Jacobs.

Like the name may suggest, the monthly program brings together mentors and mentees for a morning walk; mentors are grouped with a couple of mentees working in similar spaces, workshopping issues together as they walk.

Mentorwalks was first launched by Australian restaurateur Michelle Garnaut in Beijing four years ago. In Shanghai for an Ernst & Young conference at which Garnaut spoke earlier this year, Mahlab and Jacobs attended a Mentorwalks in a Shanghai park at knew instantly they wanted to bring the initiative to Australia.

“What we love about the idea is that it makes mentoring accessible, and that it’s a type of mentoring in a modern age in that we encourage mentees to come to a walk with their burning questions. At the start mentees are asked what issues they have, and then it’s the collective wisdom and the wisdom of the mentor guiding the discussions that ensures that those burning issues are addressed,” Mahlab explained.

“There’s a real immediacy about the mentoring, and it’s different to long term mentoring which requires a high level of chemistry and a shared industry and shared experience; it’s mentoring for a startup mentality, which is, what’s your issue now, and how can I help you solve it?”

Mentorwalks boasts a stacked roster of mentors across a range of industries, from Mahlab, Jacobs, and Garnaut themselves to the likes of Naomi Simson, Adara Group founder and CEO Audette Exel, global CEO of Advance, Serafina Maiorano, and Colette Grgic, general manager of BlueChilli.

“Adina and I have used our networks to find women we think understand mentoring and have the wisdom and experience to impart and guide the conversation. We’ve also been helped in our endeavours by Audette Exel, who had seen Mentorwalks in action in Asia. With all our connections and referrals, we’ve been able to find a really stunning group of mentors,” Mahlab said.

Groups of mentees are matched together and then assigned a mentor based on career history and personal factors. Mentees are charged $25 to attend a walk, with this fee going towards operational costs.

Though mentors are not paid, Mahlab said many have been keen to take part because it’s a resource for them, too: these are women who are often approached, but rarely have enough time to have a coffee with everyone who asks – a group mentoring situation means they can reach more people.

The first walk was held in late October, starting at 7.30am to ensure everyone could then get to work on time. Mahlab said Mentorwalks received three times as many applications from mentees than it could accommodate.

“I think there’s a real need for this, and the secret of it isn’t just the access to the mentors but the collective wisdom of the group of the three or four people that you walk with for that hour,” she said.

“Sometimes it’s pure serendipity and it’s the magic of the group that comes together. If you get a lot of keen, smart people, put them in a park, and have them walk together for an hour, something great will come of it.”

As they gear up for the second walk, Mahlab said the Mentorwalks team is keen to see the program expand across Australia over the coming months, from the capital cities through to regional areas like Wagga Wagga.