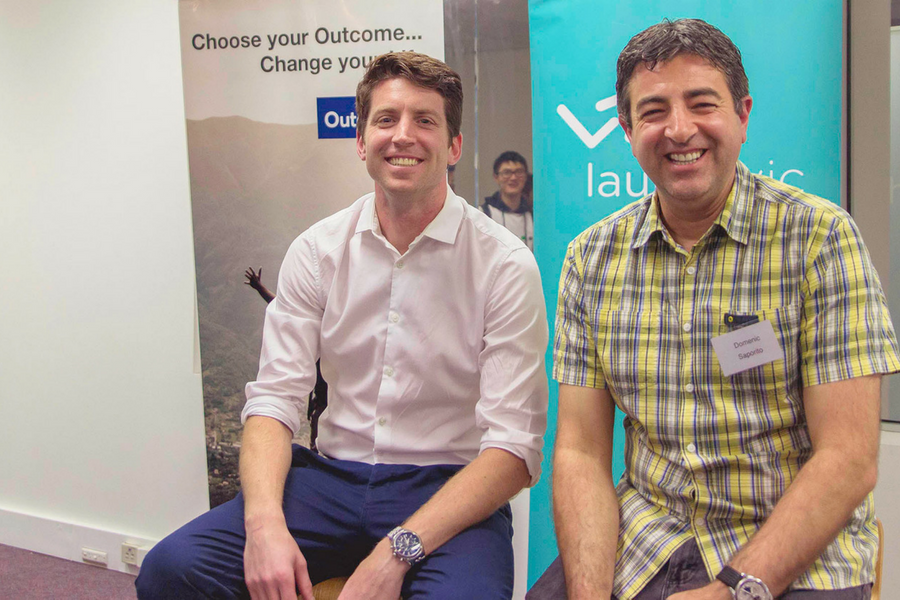 International education is a significant earner for Australia. According to the federal Education Department, there were almost 555,000 full-fee paying international students in Australia in 2016, translating to more than $21 billion in value for the local economy.

For some, studying in Australia is simply a few years spent attaining a better education than they would otherwise have had back home, but for others it can be the start of the rest of their life in Australia.

Founded by Domenic Saporito and Gerard Holland, Outcome.Life is a community focused on delivering employment outcomes for international students in Australia by connecting them to internships, professional placements, and education and resources to help them develop the skills needed to work in Australia.

The service was born of a gap the cofounders saw in the market to help international students become more employable in Australia.

“The education providers do a great job in providing them with a qualification, but do little to make them employable,” Saporito said.

Part of the problem is that many international students – and others from regional areas or interstate – don’t have the local networks of friends and family to help them secure an internship or graduate placement.

The core of the Outcome.Life offering is to help place students into internships as part of work readiness programs and Professional Year Placements. The internships, Saporito explained, are overseen by organisations such as the Australian Computer Society to ensure both their quality and that students aren’t taken advantage of.

“Not only did we need to offer a valued service, we needed to make sure that our program was compliant with all regulators,” he said.

With the rules around internships becoming increasingly tight – turns out you can’t put up a job ad for, say, a full-time admin assistant and call it an internship – Saporito said the biggest challenge the organisation faced was demonstrating to businesses just how valuable taking on an international student could be.

“Many businesses incorrectly believe that taking on an intern, especially an international intern, may further take time away from valuable resources. However, our experience has shown the opposite,” Saporito explained.

“From introducing new ideas, cultural diversity, or simply a young and enthusiastic mind being applied to old systems and processes, we have many examples where international students have made a valuable and immediate impact on our client’s businesses.”

Almost every business that has taken on an international student as an internet has then taken on another, Saporito said, with this in turn helping to grow the program.

“The ‘story telling’ of successful placements, many of which resulted in the host company offering the student a permanent job during or at the end of the internship, has been the best advertisement of the value of taking on an international intern,” he said.

The service works by having students prepare a resume and attend at least one formal interview with the host organisation related to their field of study. A training plan is then developed and agreed upon upfront to provide both the student and organisation with structure around the learning outcomes to be achieved.

Internships typically run for 13 weeks, with students able to work part time, three days a week, or full time. Outcome.Life checks in at various points throughout the 13 weeks to ensure the objectives set out in the training plan are adhered to as much as possible, Saporito said.

“The reality is that many host companies operate in a dynamic business environment, resulting in some interns having to pivot in their roles to deal with the day-to-day challenges their host company faces over the 13 weeks,” Saporito admitted.

“This adds to the real life experience of a student’s internship.”

Having placed over 1,000 students into internships, Outcome.Life also last year opened a coworking space, Outcome.Hub, for international students and startups.

Now home to around 60 residents, the development of the space came, in part, due to the fact that Outcome.Life has placed students into internships with startups who had been working out of the spare room at home, a garage, a cafe – you name it.

“The issue we faced was that the internship regulators rightfully insist that students work in a proper workplace…so we created Outcome.Hub, a coworking space where we host startups and their interns in a safe collaborative work environment,” Saporito explained.

The organisation has been supported in its work by the Victorian government’s independent startup funding body, LaunchVic.

To further this work, the organisation is working to develop an online internship marketplace to scale its current manual process, with a view to expanding its operations nationwide.