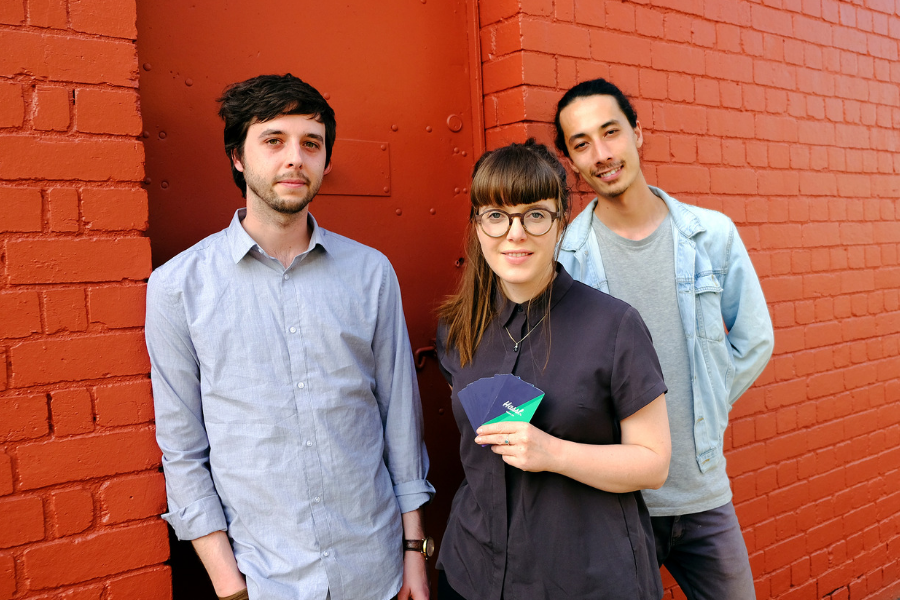 Each January I head in to Typo, the stationery chain that has taken over shopping centres across Australia, to buy myself to do lists featured task boxes with headlines like ‘I need wine today because’ and a diary for the new year, confident that this will be the year I get Organised.

Of course, each year I use the diary for about 10 days before reverting back to my trusty Google Calendar, the plain old boring notebook I use at work, and a crafty method of filing emails I need to do something about at some point, but I live in hope each year that it will be the year that the Typo haul works.

It’s this same hope that sees me sign up to try what feels like every single new task or project management system that I come across – I’m now using half a dozen simultaneously because I like the way each does one particular thing better than the others.

Also facing a similar problem was the team at digital agency Your Creative, founded by Lauren Crystal, James Lim, and Mitch Furlong in 2015.

As the growing agency began to compete with larger, established agencies for clients, Crystal said, the team realised that their creative work was on point – it was the resourcing abilities of their competitors that they needed to match if they wanted to win contracts.

“Quite a few times we were up against agencies with up to 200 staff and a dedicated project management team,” Crystal explained.

The team believed that the centralising of all its projects and communication could automate a significant portion of its project management, however no tool or platform in the market seemed to take care of everything. At the core, the problem seemed to be that most platforms were designed with project managers, rather than team members actually completing tasks, in mind.

“As a growing and agile team, we wanted a tool that would house all our communications, projects and files, designed for the team member not the project manager, so that everyone would find it aided every day work, instead of trying to implement project tools no one used,” Crystal said.

Frustrated, Your Creative decided to build their own system, Hassl. The platform aims to streamline internal communications, project management, and file management, and looks to avoid the need for integration with other platforms by including features such as messaging and to do lists natively.

The name, Crystal said, comes from the fact that most of the features have come out of the hassles the team was dealing with each day at work.

“For example, sending clients the wrong file version or losing a document in an email chain. Once we had made our goal deliberately simple – to get rid of everyday stresses – we then started asking other businesses’ their pain points,” Crystal said.

As they spoke to other businesses, Your Creative saw others were dealing with the same points and realised Hassl was a business in itself.

Beyond giving the tool a name, the cofounders knew there was a lot of work that had to go into launching Hassl as a software-as-a-service product.

“We knew it had to feel seamless and intuitive and look beautiful. This was a challenge because we were all diehard users,” Crystal said.

“To overcome this we decided to reach out to clients and other startups to help us perfecting the user experience, iterating numerous times in collaboration with their feedback.”

The platform works by allowing an individual team member to see all their upcoming tasks as well as an overview of how each project is going on their dashboard when they log in. They can then work through a task, either individually or collaboratively, Crystal explained. They can also communicate with team members and external guests through a chat feature.

Project managers, meanwhile, are given an overview of projects, with a project plan automatically updated as a team member works through a task.

With this workflow in mind, Crystal said Hassl is aimed at small to medium enterprises (SMEs) and startups trying to scale fast.

With access free, there are around 5,000 beta testers from over 20 countries on board so far, among them ASX-listed companies and financial institutions, Crystal said.

“We assume these businesses must have an internal culture of agility and innovation, which is great to see,” she said.

With Trello and Asana Hassl’s biggest – and cashed up – competitors, Crystal believes Hassl is unique because of why the team built it in the first place: to make something team members will actually want to use.

“There’s lots of little user experience treats throughout that make it loved by team members,” she said.

As it gears up for 2019, Crystal said the goal for the year ahead is to launch business premium accounts, with a beta launch planned for February.

“The additional functionality has come directly from the wants and needs of our beta testers and include built-in gantt charts, user roles, time tracking, and a super powerful project manager mode.”