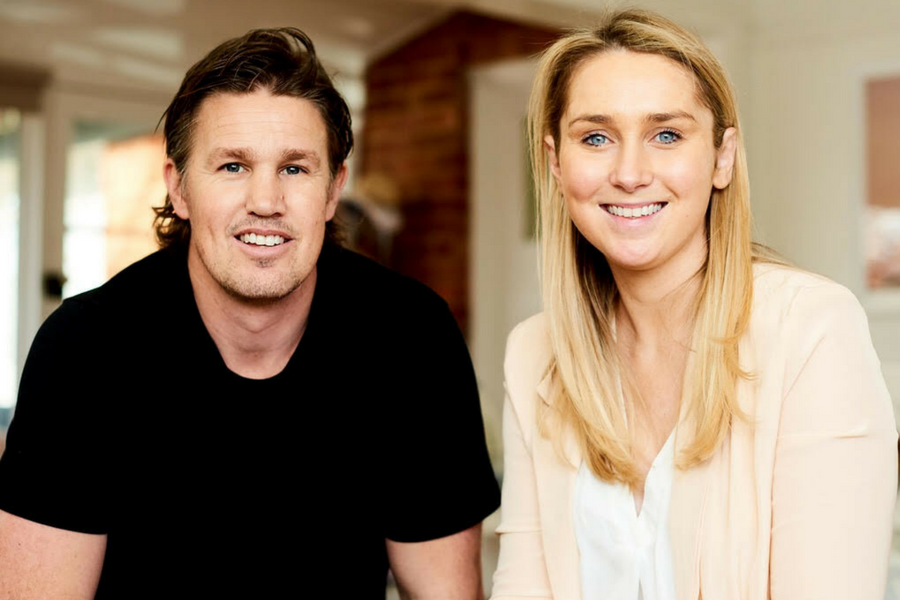 With competition in the job market high, it’s becoming increasingly harder for candidates to stand out – cue the stories about impersonating a Postmates delivery person in order to deliver a donut box ‘resume’ to executives at a company or something equally over the top.

However, just as when selling a product or service, word of mouth or personal recommendations can give someone the winning edge – but a recruiter waiting to do reference checks for their final shortlist of two or three candidates can see a whole host of other suitable fits eliminated early on.

Looking to make the process of gathering information about a job candidate from their colleagues early on in the recruitment process is BetterView.

Founded in 2015 by husband and wife duo Kath and Aaron Rau, who operate as co-CEOs, and founding director of GetUp, Evan Thornley, the platform was built on the observation that a resume can tell you what someone has done, but not whether they are actually any good at it or what their potential might be.

“That information does exist, but only in the minds of the people they’ve worked with. So we set out to capture that very information, in a meaningful, verifiable way,” Aaron explained.

With Kath having led recruitment teams for the likes of Catch Group and Unlockd and Aaron having worked in HR roles at companies including Sportsbet and Treasury Wines, they had the human resources know-how to form the backbone of the product.

Thornley then came on to look after the startup’s finance, strategy, and partnerships.

“We had both spent 15 years in HR and recruitment feeling frustrated that companies ‘hire for skills and fire for culture’, which leads to worse outcomes for hirers and candidates alike. We wanted a reputation-based way to find the best people, and the easiest way to get that was to ask those that had witnessed their talent and hard-work first hand,” Aaron explained.

“Simultaneously, Evan was solving the same problem thinking about recursive algorithms from his early days in the search landscape and wanted to do a Google ‘PageRank’ for the labour market.”

At its core, the platform allows recruiters to capture ‘reputational data’ and in turn allow them to shortlist candidates based on the criteria they select, such as skillset, as demonstrated by their past performance.

Candidates, meanwhile, are given the opportunity to tell their full story rather than the top-level view presented by a resume, with evidence given by tapping into their network to find people who will vouch for them.

For job seekers, BetterView works by having them sign on and answer a few questions about their skills and preferred work style, before nominating people to help build their profile through endorsements and sending them invites.

The recruiter, on the other hand, creates a survey in which they detail the skills they require for a specific role, as well as their work environment, Aaron explained. Then they send an invite to all candidates who’ve applied to the job to complete a profile, and receive validated results about their skills and cultural fit.

To complete the piece, the endorser receives an invite to the platform, on which they then answer a few questions about how they have seen the candidate work, and where they would best fit. According to Aaron, this usually takes five minutes or less.

Beyond the tech, Aaron said the biggest challenge in building up BetterView was ensuring it would meet the needs of the three users, the hirers, candidates, and endorsers.

“We have spent several years ensuring that we included various elements in our system that meant that candidates felt comfortable that they won’t get blindsided by negative data,” he explained.

“We also worked very hard on making sure that hirers could be confident that the rankings we deliver are accurate and fit their particular job and include culture as well as skills. Finally, we’ve worked to make sure that endorsers have a quick, easy way to reference a colleagues’ skills and professional reputation in a way that is confidential and only needs to be done once.”

The platform’s features have evolved since it was first launched. The company began by having endorsers rate the skills of candidates on a five point scale, however Aaron explained this tended to skew the data to the positive, making it harder to get accurate matches for a job.

“Now, though, we’ve developed a process of validating a candidate’s specific skills and best skills and matching those against the hirer’s needs. Since the candidate and endorser have no knowledge of any hirer’s needs for a particular role, there is no incentive to falsify the data,” he said.

Also key has been including the workstyle rating, which Aaron explained looks to address the question of cultural fit.

The company has raised funding from strategic partner SEEK, with the jobs platform looking to see how BetterView’s tech could help it solve its own problems.

“After a couple of conversations, we identified that we were mutually aligned on a couple of important goals. Seek was also trying to help candidates stand out, and find a way for recruiters to shortlist more easily and efficiently using validated information,” Aaron explained.

There are now 100,000 candidates registered on the platform, with this coming largely through organic growth: a candidate signing up and then asking for endorsements will see a couple of those endorsers sign up to BetterView themselves.

These users come from a variety of sectors, from accounting to consulting, retail and aged care.

“We have seen a big take up in roles that are highly competitive where candidates are trying to give themselves the edge. This is most often mid-career, but we have seen more uni students entering the workforce use BetterView,” Aaron said.

The next 12 months will see BetterView focus on scaling further across Australia and New Zealand.