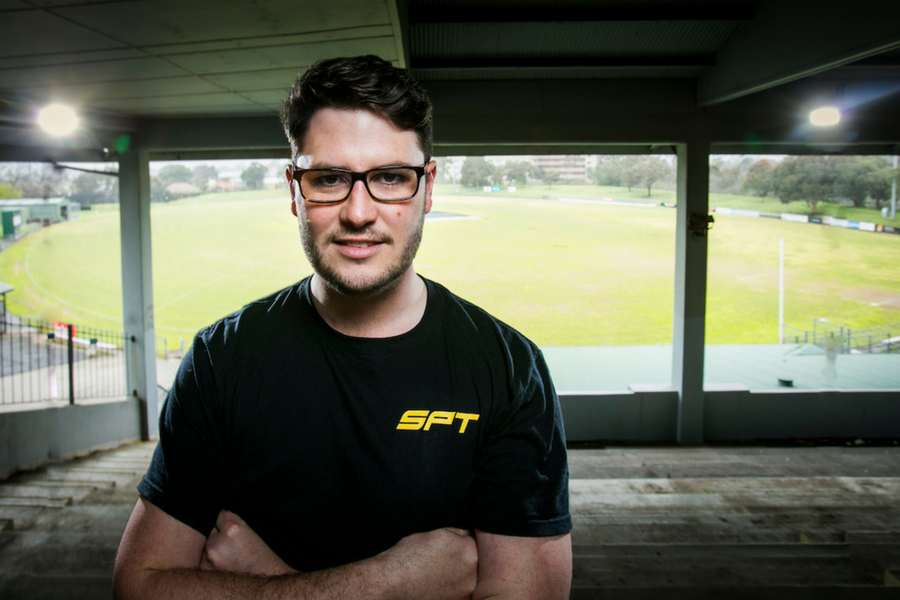 Though there is no better story than heart and courage pushing the underdog sporting team to the championship – a story we’ve seen over and over around the world this year, from Leicester City to the Cleveland Cavaliers, Western Bulldogs, Cronulla Sharks, and at the time of publishing, potentially the Chicago Cubs. While these are great stories, the reality is that championship wins are becoming a science teams are mastering through technology and data analysis (billionaire owners or homegrown generational talents have also helped in some cases).

The types of player and team analysis and management decisions crucial to winning a championship are being helped along through data collected through wearables – think the ‘sports bra’ Tim Cahill can be seen wearing when he swaps his Socceroo jersey with an opponent at the end of a match.

With many pro teams around the world are working with Australian sportstech company Catapult Sports, Melbourne startup Sports Performance Tracking, founded by William Strange, is looking to bring this kind of technology to the amateur market.

Growing up watching his father bounce around between businesses, Strange said he too wanted to have the ability to do his own thing when he left school.

“I loved the stressful environment that came with. When it’s something that’s yours, it’s not stress, it’s passion, when it’s not it’s stress. For me it was always a matter of when, not if,” he said.

After leaving school, Strange was taken under the wing of a teammate at his football club, who introduced him into the commercial real estate market. As an 18 or 19 year old advising 50 to 60 year olds on what to do with their multi-million dollar properties, Strange said he began to see that when it comes to business, it doesn’t matter what age you are, as long as you’ve got information people are going to listen to.

“At the end of the day a no is only a no for now, which is something you learn something pretty quickly in real estate, you’ve got to be prepared to call people 10 times and get 10 nos before you get that yes,” he said.

With this in mind, Strange said he would pitch his father a new business idea every couple of days; eventually his father got fed up and told him to actually start something. The something Strange decided to start was Three65 Underwear, a subscription underwear business modeled on the likes of Dollar Shave Club that he took to Shark Tank last year.

Still playing football at the same time, Strange then came across an opportunity to have a chat with a supplier of GPS products about buying their units wholesale, repackaging them, and reselling.

“I wanted the product myself, and once I started using it I realised other people wanted it. It was basically a Magellan fitness GPS unit, very much for the wrist-worn swimmer, bike rider, or runner, the middle aged men in lycra, that kind of product,” Strange said.

“They said yes, so I repackaged it, repriced it, and basically just advertised the product to a different market, which was at that point in time was the Aussie Rules market.”

Strange began selling the units while gearing up to launch Three65 Underwear. With the sales quickly coming in, he had to decide where the greater opportunity lay, eventually focused on the sportstech, selling Three65 Underwear on.

Not wanting to simply be the middleman selling someone else’s product, Strange decided to partner with Planet Innovation to create a hardware unit that was better than something you could already get off the shelf at Rebel Sport.

With Strange at the time bootstrapping the business, conversations then turned to Planet Innovation coming on as a strategic investor. At the same time, Strange brought on Andreas Limberopoulos as CTO to create the software to pair with the hardware unit.

The result is a unit that fits into a chest piece, like the sort worn by Tim Cahill. After a game or training session, the user can retrieve their performance data through an app, then upload it to data analysis platform GameTrakka to see a detailed breakdown of their performance.

So how does Sports Performance Tracking differ from the likes of Catapult and other offerings in the market? As Strange explained it, the company’s focus is on simplicity.

“What we set out to do was speak to people like who we were. I was playing footy every weekend at that stage and I was the customer, so I basically set out what I wanted to see, how I wanted to see it, and then together with Andreas we worked out how it could be possible, how it would look, and all the intricacies of the software,” he said.

“The best way I describe it is, if anyone’s into fitness or any sort of sport, you go run the Tan or whatever, you go a run, the bike, you’ve generally got a wristwatch or a phone on you that can track your distance, your speeds, your heart rate. At that point in time I realised there was no device out there that you could take onto the football field, whether footy, rugby, soccer and so on, because you’re not going to take your phone out there and you can’t wear anything on your wrist for safety reasons.”

Sports Performance Tracking set out to speak to the market that had already seen what the likes of Nike and Garmin were doing on wrist-worn devices, and take it in-game to measure basic GPS information.

The startup then partnered with Victoria University and a number of sports scientists to look at what kind of data clubs were measuring at the elite level to incorporate it into its product, from intensity ratings, zone running, and heat maps.

Interestingly, Strange said one of the first companies he approached when looking to take the business forward was in fact Catapult Sports; after pitching the idea of taking their products into the amateur market, he said he was told that he would not be able to afford a deal.

It has managed to gain a foothold in this space because, while more and more clubs are bringing on dedicated sports scientists and analytics experts, many more simply don’t have the expertise to deal with a more technical product.

Strange explained, “A lot of these clubs around the globe don’t actually have the infrastructure, the presence, and the understanding to be able to interpret all this data. One of the biggest problems with the modern day technology is that it creates so much data that no one knows how to understand it, and it’s almost more important to understand the data, or five percent of the data, than to have 100 percent and not understand any of it.

“That’s where we try to simplify that whole process so you don’t need that sports science background; you can get it in layman’s terms. A lot of global clubs don’t have the expertise in that sports science arm to go out there and try to delve into what Catapult or other incumbents in the elite sports have, whereas they do have the ability to input our systems into their players and coaches.”

The startup now has clients in around 40 countries. Its biggest market remains Australia, however it has a growing presence in Japan thanks to a number of universities signing on, as well as the US and UK.

“Sport is semi-incestous in a way, everyone knows everyone. It’s not 6 degrees of separation, it’s more two or three and if you get the right people using your product at one club, they’ll move to another club and bring it over there as well,” Strange said.

Having raised $2.5 million in funding thus far, Strange said the startup is focused on getting the word about the product out there further, particularly in the run up to Christmas.

Previous article EY Sweeney and FinTech Australia reveal results of 2016 Census on fintech landscape
Next article Showpo’s colour changing dress is not real, but it may be the future…
Via Advice
Tags 365 underwearamateur athletesamateur sportanalyticsathletesdatadata analyticsMelbournesports performance trackingstartupswilliam strange