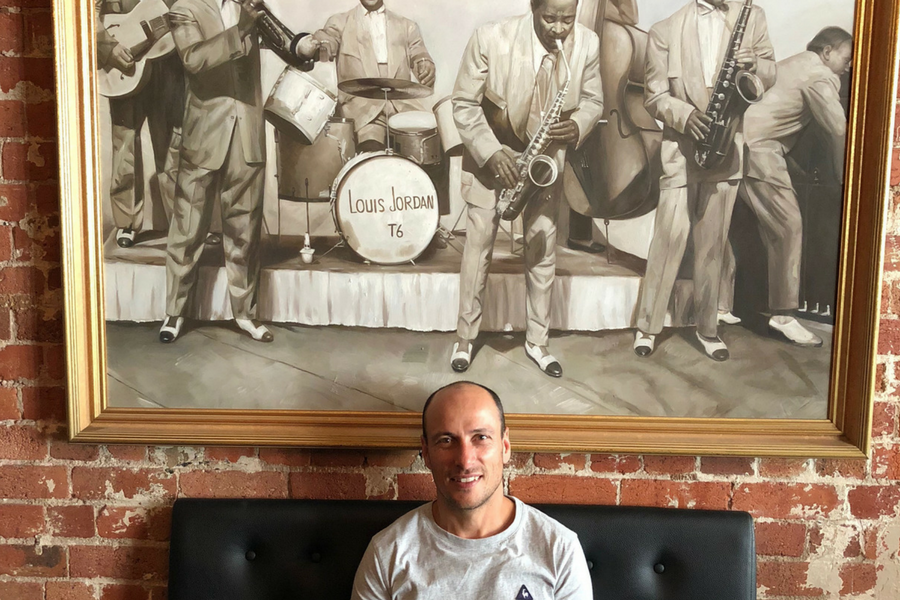 It is nigh on impossible to attend a music gig these days without having your view obstructed by hundreds of smartphones thrust up in the air in video mode, recording shaky footage that will likely never be watched again.

The desire to capture that footage is understandable, though; the concert-going experience can be magical, with artists coming alive on stage and the atmosphere imbuing the music with a feeling not heard on the studio recording.

Looking to help more artists capture their gigs is Australian startup OpenLive, which has developed an automated system to help artists record and release their live performances.

Founded by Simon Tait, Richard Powell, Matt Hill, Sabir Samtani, and David Easton, and led by CEO Dale Moore, OpenLive allows for audio to “have life after the event”, as Moore put it, in a seamless, low-cost way, unlocking new revenue opportunities for rights holders.

“There’s so much great live music out there that doesn’t get heard. It’s my hope that we will enable the next Nirvana, or Beatles, Metallica, or Adele – I think you get the idea – to have a copy of one of their very early live performances to one day release to their fans,” Moore said.

However, there’s far more to live performances and audio than just music, with OpenLive also recording the likes of comedy gigs and keynote speeches at conferences, and exploring the recording of religious sermons.

The idea for the system, as Moore put it, came from one simple thought shared by the team: live music is “most often better” than recorded music.

“I’ve listened to bands we’ve recorded live and heard the same tracks from albums. There’s been times that I loved the live version but found the album version lacking considerably. So that, with the in-house knowledge of Simon and Richard that meant between them they had the skill set to build what we have built, was the driving force,” Moore said.

The OpenLive system works through a hardware piece, the MasterBuilder, installed in a venue, and a linked software platform, all developed through lots of trial and error, Moore said.

Tait built the first MasterBuilder prototype in late 2014; 12 months later, it had been installed in a couple of venues. In taking on their first recordings, the team realised they needed a place for recordings to go, and the software platform was developed.

Initially a platform allowing artists to listen to their recordings, Moore said that as OpenLive learned more about what the business was and could be, this evolved.

The team spent around two years collecting recordings, trialling live audio streams – including a stream of the St Kilda last February, delivered without dropout using a 4G dongle at an event with 400,000 in attendance and no staff on the ground, Moore said – refining its sound, and adding features, including a feature ensuring that recordings weren’t cut off if bands started and played later than their scheduled time.

“This is a very regular occurrence which we discovered early in the piece, so smarts were built-in to our system whereby we, or our robots in the cloud, would listen to the performance and when it came to the scheduled end time, if the audio coming through the system was similar to that of the rest of the gig, for example similar loudness, then the recording would continue until our system knew that background music is now being played so it’s time to stop recording,” Moore explained.

During this time the company delivered recordings to artists for free to keep testing its system.

“While our concept of offering live recordings hasn’t changed necessarily, our delivery method, our additional features, a new MasterBuilder with a touch-screen and WiFi, all add up to what is a very comprehensive system and much more complex in the back-end than anyone would expect,” Moore explained.

While an upgraded platform will be released in March, the current iteration allows artists to create a profile, schedule recordings of their performances in an OpenLive-enabled venue, then edit recordings into tracks, and manage them. Creating a profile and recording performances is free, with artists only charged if they choose to download a recording.

“It’s completely no-risk for the artist. If they know they didn’t play well then they don’t ever have to do anything with the recording and they’ve incurred no cost,” Moore said.

“For venues, we install the MasterBuilder for them to make sure it delivers the recordings in such a way that we’ll get the best possible results. From there we ask that the venues include some basic information, that we provide, about the OpenLive service they now offer to artists as part of their ongoing communication to them. This helps let the artist know the service is there.”

According to Moore, artists were quite happy to trial the system early on once assured of its security; the first venues, meanwhile, were brought on thanks to a little help from industry contacts.

“The longer we exist and the more robust our system becomes, the easier the process is for on-boarding venues and artists. It then becomes a new challenge for other verticals that we’re looking at. But with the validation in the music industry and examples of things we’ve done before, the barriers to entry are becoming much less of a burden,” Moore said.

OpenLive model works by having venues buy MasterBuilder units; they’re incentivised to do so by OpenLive giving them a cut of downloads of recordings taken in their venue. The upcoming platform upgrade will give venues greater visibility over the artists that have recorded in their venue, allowing them to see the uptake.

For artists, an MP3 download of their performance will cost $50, or $80 for a hi-res download – significantly cheaper and less time-consuming for an artist than booking in time at a recording studio.

“Many people have said it’s too cheap. Maybe we could charge more, and I think in terms of value alone we definitely could, but it comes back to accessibility. If we want to help artists in their career, while also broadening our potential customer base, which is critical for scalability, then accessibility forms a critical part of the decision-making process,” Moore said.

Given OpenLive was born out of a love of music, the idea of accessibility is crucial to its work.

“Part of the benefit of our service for artists is very affordable demo content. Whether this is to help them get another gig, use as promo material, get a manager or perhaps a record deal is up to them. But affordable content helps their career at a time when they are least able to spend money on being an artist,” Moore said.

Having now recorded over 3,000 gigs, the company has on-boarded venues around the world – a UK venue has ordered over 100 MasterBuilder units – and while Moore acknowledges there are a wealth of competitors in the space, he is confident that OpenLive’s automated model provides the best solution in the market.

“There are companies that offer bands the ability to record their gig and sell to fans on the night via CD, USB or download, and we’re actually talking to these sorts of people for potential collaborations to expand our and their reach,” Moore said.

“However that’s a different proposition, very reliant on staff on the ground to make it happen, so ultimately labour intensive. Not that that’s an issue, it’s just not our business model.”

Along with the upgraded platform due for release in March, Moore said OpenLive is keeping an eye on growth while also ensuring its existing customers are making use of and enjoying the platform.