Melbourne platform VendorPanel is bringing transparency to the procurement process 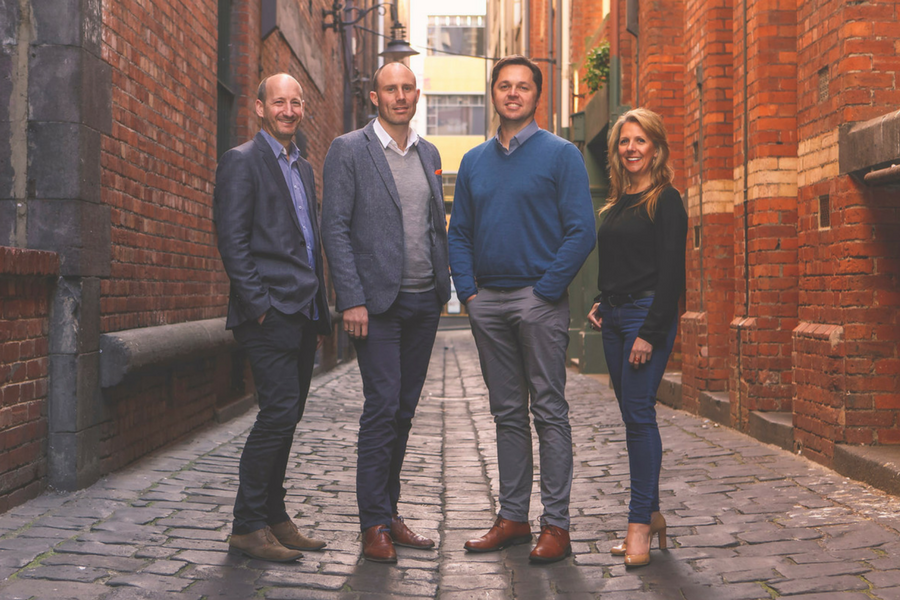 However for many organisations procurement is locked up in layers upon layers of complex processes which can not only create inefficiencies, but also make it difficult for new suppliers to come on board. Launched to simplify and bring transparency to the process is Victorian startup VendorPanel.

As explained by founder and CEO James Leathem, VendorPanel is a business-to-business (B2B) and business-to-government (B2G) procurement and marketplace platform aiming to make it easier for staff to get competitive quotes from suppliers and verified marketplaces.

Leathem saw a need for a better solution during his time as a managing partner and shareholder in a professional services firm working with clients such as ANZ, Fairfax, and GE, who outsourced the administration of a significant amount of their procurement to the firm.

“I was hugely frustrated by the inefficiencies, risks, inconsistent outcomes, and lack of creative solutions in procurement,” he said.

Following the firm’s acquisition by HR firm Talent2, Leathem began to look for business opportunities outside the corporate world, and landed on the “unlikely realm” of procurement.

“I became fixated on creating an enterprise marketplace that simplified the procurement process for both sides, supplier and buyer. It needed to be simpler, deliver better results, and reduce risk. I realised that if this could be done, then it could also be expanded beyond just risk and savings, and into a strategic position of leveraging procurement spend to drive positive impact in our communities and local economies,” he explained.

According to Leathem, up to 40 to 60 percent of procurement is made up of small procurements, worth between $5,000 and $150,000, across hundreds of suppliers.

“It’s ‘the long tail’. It’s too small, and there are too many of them, to be managed by procurement. This procurement is typically initiated and managed by operational staff,” Leathem said.

“They nearly always need to follow a ‘three quotes’-type policy, but the actual process is manual, inefficient, lost in email, and biased to incumbent suppliers. This is a lot of money, poorly managed, so it’s a problem that presents a lot of risk.”

Another problem here is that there tends to be little transparency around purchasing activity, and in turn a limited ability to capture and report on detailed data in below-tender threshold procurement.

On the flip side, Leathem said, it is difficult for businesses – particularly small to medium enterprises – to identify opportunities in government and corporates, while even if they do become a preferred supplier they may still see little flow.

This then ties back into government and corporate policies around purchasing from local suppliers, SMEs, and social benefit organisations.

“This is central to the policies at all levels of government, and to corporate social responsibility in corporates. Increasingly these obligations and expectations are included in major infrastructure and services contracts with government. While these policies and strategies are well established, how to execute them to achieve specific results is a major struggle,” Leathem explained.

Bootstrapping the initial development of the platform, Leathem then “tried but failed” to raise angel investment said investors didn’t see enterprise procurement as anything interesting in 2010 and “they mostly said it would never work”.
The lack of capital was a “major constraint” at this point, Leathem admitted.

“Just keeping the doors open and funding the development and sales process was a month to month proposition in the early days. The team spent way too many nights in crappy motels or cheap dormitory hostels full of drunk backpackers and too much deodorant, before going to meetings or presenting at procurement industry conferences,” he said.

It was also proving difficult to get the product out in the early years. The core idea was a good one and the problem it sought to solve was real, Leathem said, however the startup struggled to find the right message, commercial model, and initial clients to prove what it could do.

“VendorPanel was trying to crack into enterprise procurement, and was up against a procurement profession who were interested in ideas, but inherently risk-averse, busy with the day-to-day, and very reluctant to be first in trying something new,” he explained.

“This led to VendorPanel spending a lot of time educating, rather than selling. It was slow, really slow.”

Leathem said the breakthrough came when the startup switched from a consumer-style platform to an enterprise-grade solution, with local government its first target market.

The first rollout saw VendorPanel connect 155 local governments across NSW, giving them the ability to use the platform to source from whole-of-local-government panels.

“This meant the suppliers were defined by the government client, and the buyers were from the government organisation. There was no mandate, it was up to the software to prove its own worth,” Leathem said.

VendorPanel delivered an increase of 150 percent in sped under contract in the first year, and 500 percent over four years, leading to whole-of-government panel roll outs of the platform in every state across Australia.

“Councils were then able to ‘upgrade’ to access more functionality for local supplier management, tenders, local supplier sourcing and other modules. A similar approach has worked in other sectors, both in government and elsewhere,” Leathem explained.
The startup has been profitable since 2013, Leathem said, and after the disappointment of not being able to raise angel funding early on, has not taken investment.

It now has over 2,400 buying organisations on board, from governments, universities, utilities and more, launched in Canada earlier this year, and in the last financial year managed over $1.7 billion in opportunities.

According to Leathem, this growth has come through VendorPanel’s simplicity and the transparency it providers users across all sides of the marketplace.

“For users, this means everything is in one place: tenders, internal panels, approved contractor lists; external panels, whole-of-government or sector arrangements; local supplier sourcing and social procurement from the wider marketplace,” he explained.

“For suppliers, it gives them easier access to more real opportunities. For procurement this means total visibility of all enterprise sourcing from top to bottom, and the ability to get ahead of the curve with powerful integrated sourcing analytics.”

Having been established with a goal of helping to direct procurement professionals towards social procurement, VendorPanel earlier this year partnered with Supply Nation, an organisation focused on Indigenous supplier diversity, to launch the Indigenous Business Marketplace to boost corporate and government engagement with Indigenous business.

“There are a lot of challenges around economic inclusion of marginalised groups. Indigenous Australians are significantly affected by this, however we found there was also significant opportunity to support these economies, and help build healthy positive communities,” Leathem said.

“It took a couple of years to get Supply Nation onboard, and a few attempts. There were a lot of delaying factors, including waiting for the market to become more familiar with the role of procurement in driving positive social change, and in being receptive to the role of technology in enabling this opportunity.”

VendorPanel is currently working to establish further partnerships with advocacy and industry groups to bring more impact spending onto the platform.

Following its expansion into Canada earlier this year, the startup is also looking to further global growth and growing out new product areas. It may also look to its first external investment to scale faster.