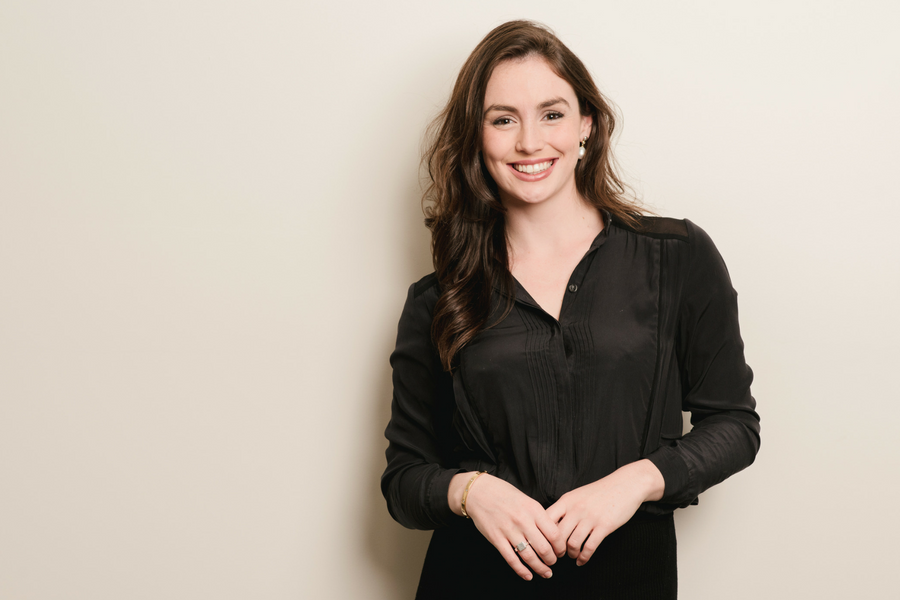 Australia may not be a fashion capital of the world, but over the last few months a number of Australian startups working in the fashion space have truly hit their stride, from the likes of Shoes of Prey and Fame and Partners heading into the US and Mon Purse and The Daily Edited raking up celebrity customers. A growing trend in the space has been dress rental, with GlamCorner raising over $1.3 million in funding over the last year and YourCloset also securing funding on Shark Tank.

Of course, peer-to-peer is also growing, and looking to link the concept to fashion is Melbourne entrepreneur Mackenzie Casey, who last year moved to New York to develop and launch HUMM, a peer-to-peer dress rental marketplace for women.

Focusing on high end fashion, Casey said the platform is what would happen if “Sex in the City and Airbnb had a baby and named it HUMM”.

As one would expect, the idea came from Casey’s experiences and those of her friends trying to find something nice in their wardrobes. She explained, “I’ve spent far too many hours humm-ing and ahh-ing on whether I’m willing to sacrifice a week’s worth of food or buy the perfect dress for this weekend’s cocktail party.

“The idea came to me three years ago, when I saw my best friend constantly drain her savings on a wardrobe packed with designer labels. I thought to myself, every woman wants to feel confident, and at times, amazing clothes have the power to do exactly that, but no woman should need to sacrifice her bank account balance to feel beautiful.”

And so she created HUMM, a marketplace connecting women and their wardrobes to others. Users are able to browse by brand, colour, size, and location, making a selection by choosing their event date from the calendar and a date for shipping or meeting delivery option.

The owner will then confirm the delivery method; if meeting is chosen, the two users can organise a time and place through the in-app messaging function. If the renter wants it shipped, the owner will be emailed prepaid shipping labels, which cost $8 each way and allow for in-app tracking every step of the way.

Renters pay an insurance fee of $5 that covers all minor stains, spills, and rips while wearing and handling. They then return the item within two to three days after their event and the owner is paid when their item is returned.

Those looking to rent out clothes can start by listing their wardrobe, after which the HUMM team will cross listed items with retail prices and confirm things like the designer and the condition each garment is in.

The platform allows users to set their own prices, however it suggests an average of 10 to 30 percent off the recommended retail price (rrp), also encouraging they compare price points with other garments listed. Users can also choose to put their garments up for sale through the platform, with HUMM taking a 20 percent commission on all rentals and sales.

Casey began working on the idea in Melbourne, but it took off during a visit to New York City last year, when she said she had the opportunity to get in front of a couple of hedge fund analysts who then connected her to THINX cofounder Antonia Dunbar. She received some investment and decided to make the jump to New York.

“New York is the springboard for all dreams and a place where every woman has the resources and inspiration to pursue what matters to them,” she said.

The move also means that HUMM will look to be a global platform almost from the get go, with users able to rent from around the world. While that means shipping times could be long, it also means users will be able to gain access to international designers they may not have otherwise have heard of or had access to.

The startup’s target market is women aged 16 to 40 who either want to monetise their wardrobe or don’t want to spend an exorbitant amount of money for a one-off.

“We have received a widespread amount of interest as we feel that we are the last obvious frontier in the peer-to-peer space – if I can rent my house or my car then why shouldn’t I be able to make money off my closet?” Casey said.

The startup will be looking to get users on board through social media, having celebrities and social influencers showcase their wardrobes and have fans walk in their shoes for a night, with proceeds going to charity. It is also working on content to document the wardrobes of successful women in different fields.

There is obviously significant competition in the space, from the likes of YourCloset and GlamCorner to Carousell, while perhaps the closest competitor in the peer-to-peer fashion space as a niche is Mississippi startup Curtsy, which has launched with a focus on cornering the US college market before looking to a broader audience. However, Casey said the growing competition simply excites her as it validates the retail rental sector and the opportunities in the peer-to-peer space.

HUMM is officially launching around Australia over the next two months and into the US by the end of the year, with Europe in sight for 2017. The startup will be looking to raise further funding in the next three months to facilitate its expansion.