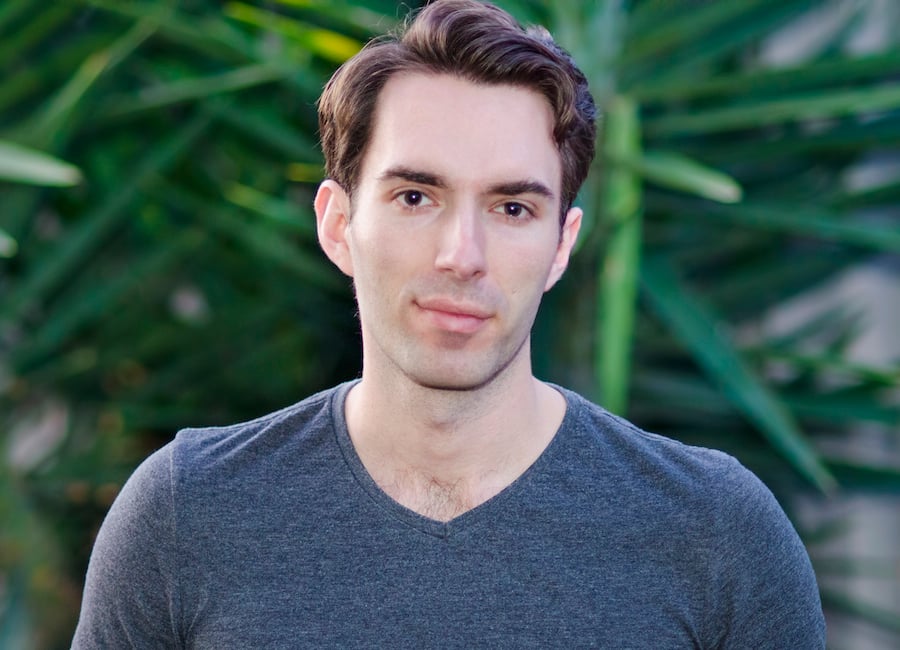 We’ve seen a number of startups emerge in our ecosystem that focus on coupons, discount deals, rewards and vouchers – examples include Aston Club, BigDeal, Buzzingaa, Coupay, OzSale, Rewardle and Swoop. Each has its unique point-of-differentiation, but not all have maintained strong momentum. The latest to enter this highly competitive space is Melbourne-based startup Liven. Founded by chemical engineer David Ballerini as well as two practicing lawyers who wish not to be named, Liven is taking on the ambitious task of becoming the next Groupon – except better.

At the most basic level, Liven has given the traditional paper-based discount voucher a digital makeover. Ballerini stresses though that Liven is not simply a digital voucher redemption tool; it also allows business owners to track and control the supply of vouchers.

“As a result, we were able to instil confidence in some of the more well-known partners (who are extremely protective of their brands) to provide Liven members very special and exclusive discount offers and make them available all year round!” he says.

With many other apps operating in the same space like Groupon, Scoopon and LivingSocial, users have to stay tuned in to get the best deals, pre-plan events to suit a particular deal, use up offers before they expire, and even remember “embarrassing and cumbersome bits of paper on their nights-out”, according to Ballerini.

“[O]ffers from Liven are available for 12 months … [and] are mostly straight up percentage discount off the total bill. ‘Daily deal’ offers are typically limited to a rigid set menu and exclude alcohol or other parts of the experience that is usually provided,” he adds.

“With Liven you get choice, entitlement, convenience, which are absent from other traditional ‘deal’ sites.”

Another way Liven works differently to group coupon sites, is instead of paying for each offer after using it, customers pay a yearly membership fee of $19.95 to access unlimited offers. This means the more customers use Liven, the more money they save. In fact, the startup estimates a savings total of $3,000+ per year for avid users. Free membership is also an option, but a majority of the discount offers is available exclusively to premium members.

Life should be fun, and fun shouldn’t be so costly

Ballerini says that Liven was built on the simple philosophy that life should be enjoyed, without expenses presenting any barriers. At a time when the cost of living is so high in Australia, compared to our meagre wages, having fun is less a priority and more a luxury – whether it be dinner with friends at a restaurant, or an adventure tour in Cairns.

“People need to explore and experience new things regularly, not just on their annual leave,” says Ballerini. “[But] it’s time-consuming to discover and plan something new to do and expensive to do new things regularly. We set out to break down these barriers and Liven is the product of our vision.”

So how exactly does Liven work? Ballerini paints the following scenario: A user finds out in the morning that their friends are keen to catch up for lunch, but they’re too busy to make elaborate plans. Instead, they open the Liven app, tap “nearby” and view 25 Liven partners within close proximity. After choosing a venue the user can find their way to the address using the integrated GPS-based navigation. They meet their friends and enjoy their meal as if they are a regular customer. It is only when paying for the meal that the user discloses that they’re a Liven member. They tap “Use Offer” and present the Liven App to the server who enters a unique merchant PIN to validate the offer. The discount is granted and the user can leave the venue happy.

Liven also incorporates a reward system that encourages users to continue using the service throughout their membership. Every time an offer is redeemed, points are awarded to the user.

“Points can be redeemed for offers that have previously been consumed, allowing users to go back to their favourite venues, or for completely new offers that can only be unlocked through the reward system,” says one of Liven’s co-founders.

The benefit to end-users is obvious, but what do merchants get out of their partnership with Liven? Ballerini explains that from the merchant perspective, Liven offers “the most brand focused form of incentive marketing available, with a large amount of information available in each listing.” By targeting customers with special deals, business operators also have the opportunity to boost foot traffic.

“The idea is to make the application immersive for the user, giving them a clear impression of the experience they can expect from each merchant.”

At the moment, all revenue is sourced from the consumer side of the business, so merchants are not being charged for having a virtual presence in the application. It will likely continue this way, according to Ballerini.

“[W]e view our relationship with the merchants as symbiotic, and acknowledge the key role they play in our success,” he says.

Not just another discount app

Although it’s easy to wonder ‘why another discount app’, a good deal is never a bad thing. It’s true that novelties wear off, and people will likely discontinue using applications unless they are ‘sticky’ – like Facebook, Twitter and Instagram. But what matters, as many experts have communicated, is execution. Great ideas require great execution. In fact, one is impossible without the other.

Upon speaking to Ballerini, it is clear that he strongly believes in his application, even calling it “the sexiest discount app ever conceived”.

He adds, “We wanted to our app to look and feel very modern, cool and sexy in order to appeal to affluent consumers as well as brand conscious business owners. Its like similar to Uber trying to unsexy taxi experience to a classy one. With Liven, getting discount can be classy and sexy.”

Of course, all founders think their startups are sexy, so it wasn’t until I tested the app myself that I agreed with the statement. As per images below, the visual appeal of the application is undeniable, along with its ease of usability.

Many founders follow Eric Ries’ famous Lean Startup Method, creating a Minimum Viable Product and developing it further once a product-market fit has been established. But more often than not, MVPs are riddled with bugs – so I was pleasantly surprised by the seamless experience Liven offered so early in its existence.

That said, Liven is the result of over 12 months of hustling. When it came to the design, the co-founders were conscious of the traits commonly associated with their Gen Y target audience – fussy, impatient, socially active and tech-savvy.

“Our target audience are highly discerning and value quality design very highly. We therefore emphasised elegance, simplicity and ease of use – we wanted to create a clean aesthetic with a user interface that didn’t compromise functionality for fashion,” says Ballerini.

“We wanted to design the app that we personally wanted to use, and one that we would find easy to use. We figured if we could use this, everyone else would and this has been our design principle from the get go.”

That’s not to say that they had a clear vision of the design from the get-go. It was more the ‘feeling’ that they were certain about.

“We knew the rough direction we wanted to move in, and created a prototype which we worked to refine over a number of iterations based on feedback from a close group of friends and some merchants who were our early beta testers,” Ballerini explains.

“We made changes based on feedback, discussion within the company and also through a lot of trial and error. By the time of the public launch we had an offering that we were reasonably happy with.”

The startup has thus far secured over $500,000 in capital from a syndicate of private investors, in exchange for equity in the company.

“We achieved this the old-fashioned way – creating a detailed business plan and presenting it to prospective investors. We were fortunate enough to find a receptive group of business people through a contact in the financial consultation industry,” Ballerini explains.

Liven is in the process of raising its second round of funds to help fuel its growth in 2015.

Although Ballerini doesn’t specify the numbers, he says that Liven has received “several thousand” downloads since it was launched earlier this year, and is seeing a steady increase in usage.

The startup has also signed up approximately 125 merchant partners, with another 50 in negotiation. The aim is to have that number reach 200 by the end of the year.

When it comes to marketing, the startup has tested and used some targeted advertising platforms which Ballerini says allows them to focus in on the type of consumers they want as customers. LinkedIn, Facebook and Google Adwords have been their initial tools for building awareness, but in the long term, the startup believes word-of-mouth referrals would be key to its growth.

“[This is] why we are working to incorporate social media sharing into our platform as much as possible,” Ballerini says. “Ultimately we have to remain focused on partnering with the right kind of experience providers, and we believe the interest of consumers will flow organically from that. Our service needs to speak for itself and eventually, sell itself too.”

Although Liven is still in its infancy, the co-founders have plenty to boast about. What Ballerini is particularly happy with is solving the ‘chicken and egg’ problem – finding a balance between two target markets.

It may look like the startup took off on smooth grounds, but there have been unforeseen challenges to overcome. Ballerini says “good people make or break the business”, admitting that finding talented and capable people to work with has been one of their most difficult challenges. “We’ve been cheated, disappointed, surprised and blessed throughout our journey so far,” Ballerini shares.

As a result of negative experiences, the startup has learnt to become more self-sufficient. The co-founders realised it was better to diversify their own skillsets through self-teaching than rely heavily on third parties. This in turn decreased the resources required to get Liven off the ground and flourishing in the marketplace.

“Of course this endeavour towards self-sufficiency needs to be tempered with a healthy self awareness; when tackling some obstacles it is more efficient to outsource to an experienced third party rather than labouring on yourself – it’s all about finding the balance,” Ballerini admits.

So what does the future hold for Liven? In the upcoming months, the startup will be launching Version 2 of the application, which will include additional undisclosed features. In 2015, Liven will likely expand its operations Australia-wide.

More information on Liven is available via www.liven.com.au.

Previous article 7 ways to use Campaign Monitor as a Lead Generation tool
Next article Contractors and Tax: What is the 80/20 Rule?
Via Advice
Tags AppdealsdiscountsLivenMelbournestartupvouchers