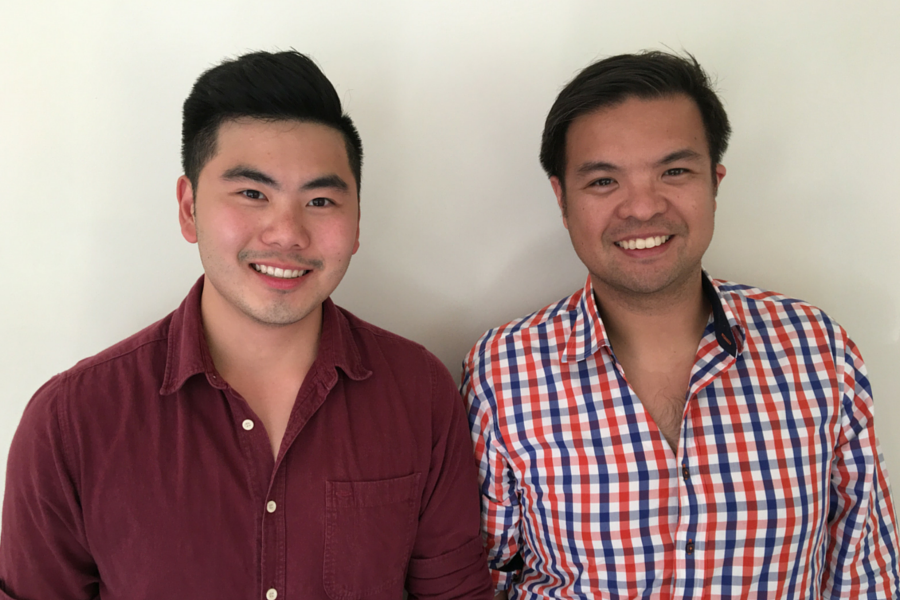 The average uni student is always strapped for cash. They put their money into travel and food, always thinking twice when it comes to purchasing the other necessities in life, like clothes. A student’s wardrobe is filled with unwanted and sometimes even unworn clothes which collect dust and the odd moth. There are however countless apps that target the buying, swapping and trading of clothes to help make space in the wardrobe and help users discard of things they’ve grown out of.

Now there’s a new app that targets not just the trading and swapping of clothes, but all forms of second hand goods. Melbourne startup Quid Pro Quo is an app that bypasses money, and trades second hand good-for-good, matching products with customers who are ready to barter, bargain, and swap. Someone’s trash is someone else’s treasure and that’s what cofounders Leon Chuah and Edward Leung of QPQ Tech are relying on.

“My friends buy second hand goods. Once they sell them they get an amount of cash and they end up buying other second hand goods for it,” said Chuah. “So I was thinking instead of using that transaction of money, why not bypass money and just trade good for good if there is a match?”

The model is based on the story of the red paper clip, where a man traded one red paperclip and 14 trades later he traded in for a house. This is the kind of market and approach that Chuah hopes to tap into. Obviously people won’t be trading in houses, but the app is beneficial – especially for uni students – to save, trade, and off load second hand goods.

“I’m targeting people who have a lot of stuff at home that they don’t know what to do with. Maybe they can’t sell it but maybe they just want to get rid of it,” said Chuah.

The interface of the app is much like Tinder, taking advantage of the same addictive swiping tool. You swipe right for the items you like and left for items you don’t. The second part of the process is matching items with users. If two people like each other’s item a notification will show a match, opening up a chat screen where an inventory is shared between the two matches of all the possible items available for exchange. For example, if one user puts up a jacket and another a shirt and both users swipe right to each other’s item, they can then proceed to bargain and trade.

The idea was born out of a university assignment and through generous funding from their families – $300,000 – the two boys from Melbourne transformed Quid Pro Quo into a reality, with Appster working on its development. So far the app has been promoted around universities in Melbourne with flyers, t-shirts, and posters, getting ready for the launch party on March 11.

Of course, there are a variety of apps on the market that allow users to swap and trade, without the negotiation of money. Recently South Australian startup Yordrobe launched as a fashion swapping app that allows users to choose whether they want to buy, sell or swap clothes. Yordrobe has a clear focus on the fashion market, a niche that has seen many startups try to crack into. With Quid Pro Quo, any second hand good whether that be clothes, textbooks and other goods can be uploaded and swapped.

The idea of just swapping items however may prove to be more challenging than just a simple switch over. Users wanting to swap different styles and designs may see a different value of each item. How can a higher quality bag be simply swapped with a lesser quality bag? These differences in values, which are perceived by the users can be negotiated out in a separate chat forum, making the app not as easy as like, swipe and swap.

Chuah hopes that the funding put into the app thus far will last for two years, depending on traction and the app’s development.

“When I start up the app, I have to put a lot my things on it so I’m going to put a few of my things on there, hopefully to get a few matches and try to get people using and interacting with the app,” he said.

For the launch party users will be able to for the first time download the app and upload their items, engaging in the swapping and bargaining process that Chuah hopes will be a success and an alternative way for students to off-load and upgrade their items.

“Obviously I’m targeting all these uni students who don’t actually have the amount of cash to just buy what they want,” explained Chuah.

The goal for the next few years for Quid Pro Quo is to gain traction and momentum to build the user base and prove its viability in the market. In the future Chauh plans to use the platform to collect big data and have it as a place where advertisers can run their campaigns.