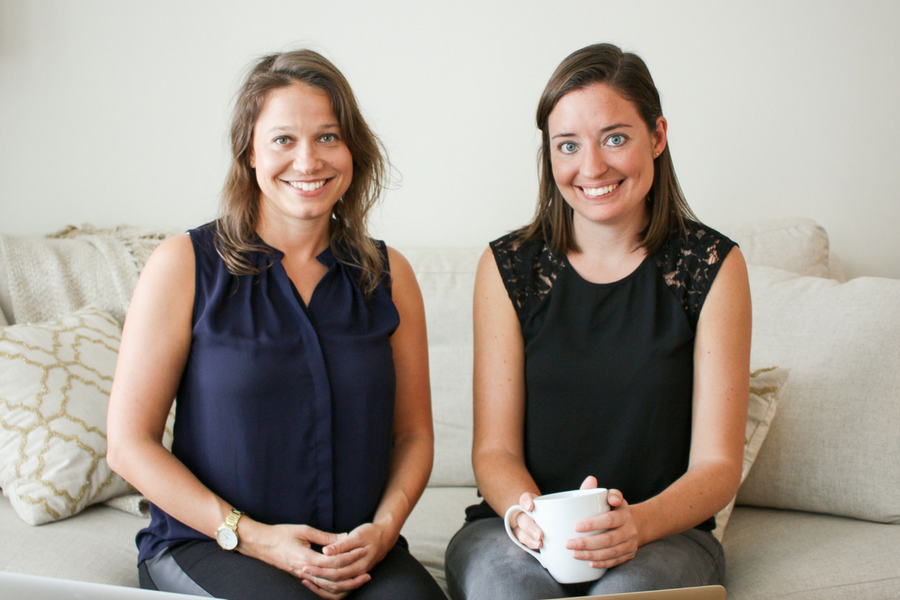 Though a favourite, the old stereotype of Barry’s dinner leftovers stinking up the office every lunchtime may be on its way out if the multitude of food delivery startups servicing our cities’ CBDs have their way.

One of the latest looking to brighten up the average work’s lunchtime is MealPal. Launched into Melbourne last week, MealPal was founded by former college roommates Mary Biggins, cofounder of ClassPass, and Katie Ghelli, formerly of ZocDoc, to provide a cheaper way for time-conscious office workers to buy lunch every day.

Taking inspiration from ClassPass, MealPal works via a 30 day membership. Customers pay a total fee each month, for either 12 meals priced at $7.99 each cycle or 20 meals at $7.49, with the ability to order their meals from partner restaurants on whichever days they choose within that cycle.

Orders can be placed from 5pm the evening before through to 9.30am the morning of, with the meal then ready for pick up at lunch time, allowing them to skip the wait in line.

Said Biggins, “Prior to MealPal, I struggled to get a good workday lunch. I’m impatient and cost-conscious, so always found delivery expensive and waiting in line for food inefficient. MealPal solves both of those problems by making weekday lunches affordable and efficient to pick up.”

As it turns out, the lunch rush isn’t an outlet’s favourite time of day, either. As they did their research, Biggins said the cofounders heard a “similar theme” from many restaurants – high customer demand at peak times, combined with increasing labour costs, made the lunch rush particularly difficult.

With the startup raising US$15 million in funding earlier this year, its solution looks to ease this by giving restaurants the ability to pre-plan to some degree; each restaurant on the platform lists one meal per day, with customers able to reserve their lunch from 5pm the evening before.

The platform launched into Australia in June with an initial rollout around the Sydney CBD, the first city for the startup outside the US. According to Biggins, Australia has already proven to be one of the startup’s “most exciting markets to watch grow”.

MealPal has served over 50,000 lunches in Sydney since June, leading the startup to accelerate its expansion plans.

“[It’s] grown at a faster pace in the first 50 days than previous rollouts in New York, London, and San Francisco. Much of this is due to the strength of the product in the Sydney market. We have really phenomenal restaurant partners offering terrific lunches on a daily basis,” Biggins said.

Australia’s love of food has seen the yearly revenue of the country’s cafes and coffee shops alone grow to $8 billion, with the sector seeing yearly growth of seven percent from 2012 to 2017, according to data from IbisWorld.

In turn, these numbers have helped spur the launch of both homegrown startups in the food space, and attract the likes of MealPal and other international ventures to set up down under.

Deliveroo’s local country manager, Levi Aron, for example, said the company’s decision to expand into Australia in late 2015 was down to a simple reason: “Over the last five years Australia has really become the foodie nation, developing a fascination with food and embracing everything from fine dining, festivals to food trucks.”

In developing the MealPal offering, Biggins said the cofounders took a couple of key lessons from ClassPass.

“Make the consumer experience as simple as possible. If you can create a product that makes consumers think, ‘why wouldn’t I use this?’ then you’ll be able to keep the cost of customer acquisition low while building a strong network effect,” she said.

“With MealPal, we see that the customer satisfaction grows as more and more colleagues join, creating new habits and social routines within offices.”

Beyond the membership, one of the key differentiators of the MealPal offering is the fact it doesn’t offer delivery; rather, customers must head to the restaurant or cafe to pick up their lunch themselves.

In a time where employers are offering workers free lunches under the guise of boosting culture – read: keeping them at their desks for longer – studies have shown that taking the time to leave the office for lunch can have a significant impact on a person’s productivity and mental health.

A quarter of respondents in a survey from The Australia Institute stated they find their work to be less stressful and they consider themselves more productive when they take a full lunch break, while one in three stated they are able to concentrate better. Almost 80 percent stated they believe taking even a short break to their the head makes them more productive.

Of course, MealPal’s partner restaurants are all located in the CBD, close to a multitude of office buildings, meaning that the walk to pick up lunch would be a relatively short one, but nonetheless the idea of taking 10 minutes out to pick up lunch could be attractive for some consumers – for MealPal, there’s the benefit of not having to worry about building capability for delivery.

This option was explored by Sydney startup HowAboutEat.

Founded in 2015 and incubated by BlueChilli, the startup worked by sending customers a text advising them of the day’s meal at 10am, with users given until 11am to either reply ‘yes’ or just ignore the message. Lunch would then delivered to their office’s front desk between 12 and 12.30pm. Payment details were asked for and processed during the first order, with a delivery fee of $1 for each order.

The startup worked by onboarding workplaces, who would then notify employees of the service, rather than individual users, to build scale and facilitate easier delivery.

Its Melbourne rollout underway with over restaurant partners on board, Biggins said MealPal is already looking towards other Australian cities. It will also look to further expand across Sydney to service North Sydney, Parramatta, and Chatswood.

Who else has tried their hand at food ordering and delivery?

– Danny Burrito tried to deliver burritos on-demand before it was killed by Deliveroo; its founder is now looking to change the way restaurants view the delivery opportunity