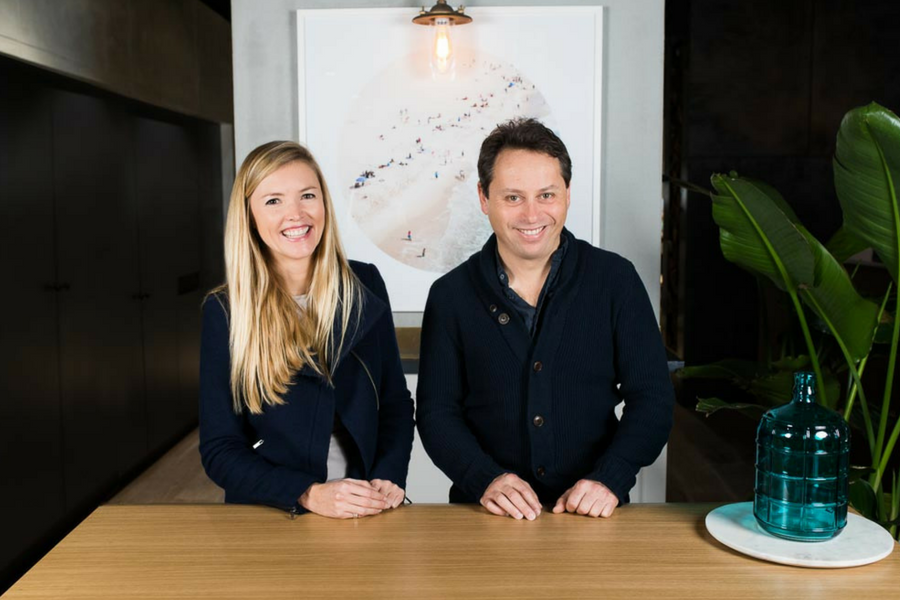 As every founder starting out with an idea is – or should be – told, market research and customer validation are critical in developing a product or service that solves consumer problems and suits their needs.

There are a multitude of free or low-cost tools available to facilitate this, from the likes of Survey Monkey to informal Facebook polls, however Sydney startup Qualie is looking to bring to the masses a process in the past reserved for enterprise-level businesses – qualitative market research, or ‘qual’, involving in-depth individual interviews or discussions with focus groups.

Founded by Rob Marjenberg and Ainslie Williams, Qualie looks to allow startups and small to medium enterprises to tap into this process by putting it online and therefore significantly reducing the cost: a research agency would charge $25,000 for four focus groups, or around $1,000 per respondent.

The Qualie platform has built-in templates to capture video responses from participants, which are then analysed to provide clients with a detailed debrief.

As Williams put it, “We’ve democratised the methodology, making it available to companies who haven’t had the ability to do qual before, who have been missing out on the deeper human insight that Google Analytics and Survey Monkey can’t provide.”

In short, the cofounders believe that while the likes of Survey Monkey can provide valuable data, it’s harder to determine the ‘why’ behind a consumer’s reactions or their motivations through such tools.

“These are complex human truths, and they are far more valuable for a company deciding how to approach its market. Without the why, companies often draw false correlations or infer the wrong motivations, and so they’ll keep making the same mistakes over and over again,” Marjenberg said.

With Williams and Marjenberg having a combined 40 years of experience in the qualitative research space, Williams said Qualie was born when Marjenberg came to her 18 months ago with the beginning of the idea.

“We both agreed that the way qual was being done in the 21st century was falling behind and there were many businesses missing out,” she said.

“We realised that the value and the cost could be separated, because most of the cost was spent on low-tech repetitive tasks and not delivering the high value outcomes of qual. We were up for the challenge to take a methodology that’s so human and smash it against code and algorithms. The audacity of the idea got us excited.”

The platform began as a Weebly website, with the cofounders looking to get initial users on to test the concept; once this was done, they turned to Adir Shiffman, executive chairman of sportstech company Catapult Sports for advice. Shiffman then introduced the pair to Steve Ford, who came on as Qualie’s founding CTO.

“Adir and Steve turned our idea into a business and a process. Because Qualie isn’t a free-for-all tool like SurveyMonkey, or simply a video collection tool, the process for the last 12 months has been a lot of testing to develop project templates and tasks based on techniques built up over decades running literally thousands of focus groups,” Williams said.

“It’s taking two sides of the brain, the emotional and the rational, and smashing them together,” she said.

The other problem in translating the process online is getting participants – the whole point of the research – to think and care about the research.

“When you’re face-to-face in a focus group we build rapport, a honest dialogue and help people think non-rationally, so it was really important for the quality and richness of insight, the end product, that we could do the same here,” she said.

Participants, who can sourced through a company’s own panels or from Qualie, are invited to a project via a link and taken through a few initial steps so Qualie knows “they’re ready to engage and work hard for us”, Williams said. In return, Qualie sought to ensure the research process is “very human” for participants.

“We’ve spent the most amount of time on this interface because participant engagement, the experience, has a direct impact on the end product…and why shouldn’t projects be delightful for participants? They are, after all, an extension of the client’s brand,” Williams explained.

At its current stage, the Qualie platform also includes a research space clients can log into and fill out a form to collect their project details, as well as a debrief of a project, while the Qualie team also has a dashboard to monitor progress of a project and review data coming through.

According to Williams, the key to Qualie is how it derives agreement from participants, who work together to arrive at a consensus opinion about the issue or product at hand.

“There is no researcher involvement in this process so it provides a very clear and authentic view of the market, from the market. We do add analysis over the top but the core of the insight is derived and spoken by the market in the video-driven debriefs,” she explained.

While not revealing the exact price of undertaking a project through Qualie, given some products are subscription-based and those requiring customisation priced per brief, Williams said using Qualie would cost around 40 percent of traditional methods.

With this in mind, she defined the startup’s target market as “innovative thinkers in companies who need to turn insight into action quickly but don’t know enough of the why about their users or the market, companies who want to understand users or potential users holistically”.

With this money in the bank, the startup is focused on further building out the automation in the platform and growing its user base.