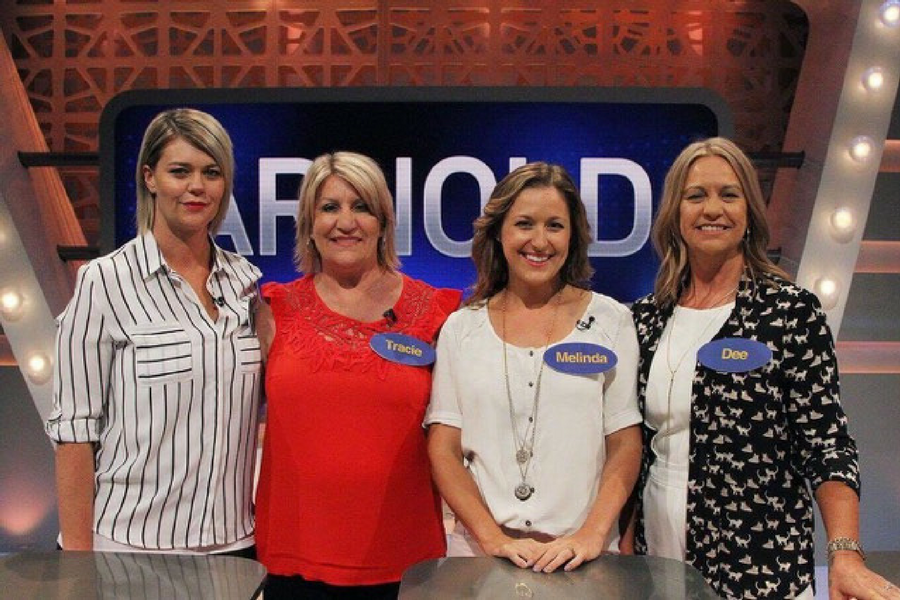 Most quiz show participants dream of taking home the big bucks to put towards their mortgage, a new car, or an overseas holiday. For Mackay’s Tracie Crombie, however, her family’s time on Family Feud meant a chance to win some cash to help fund her tech startup, Vira.

The Family Feud team – Crombie and her daughter Casie, sister Dee, and niece Melinda – all also work on Vira, a vehicle inspection report for the car rental industry.

“It eliminates the issue of whether that scratch was or wasn’t there when a customer returns a vehicle that looks like it has been damaged,” Crombie explained.

The app allows car rental companies to take and log photos of a car before the customer takes it on an adventure. The pictures are timed and dated, sighted and signed by the customer electronically, and a report created in the app with other key information about the vehicle and hire transaction.

Owning a car rental company herself, Crombie saw a clear need for such a solution after years of doing condition reports with pen and paper.

“We had the recurring issue where damage was caused to our vehicles and a paper report just wasn’t good enough to distinguish whether it was the customer’s fault or if that scratch was already there,” she explained.

“I tried searching for an app on the App Store or online that we could do a report on and I couldn’t find anything, and that’s when I thought, why don’t we make an app ourselves? I was shocked to find there wasn’t already something like this out there.”

The issue is one faced by car rental companies large and small – and their customers.

Following an investigation, the Australian Competition and Consumer Commission in 2016 ordered rental giant Hertz to refund customers more than $240,000 after the company admitted that it had charged customers for pre-existing damage to its rental cars between 2013 and 2015.

Dr Michael Schaper, deputy chair of the ACCC, said at the time, “This case serves as a message to vehicle rental companies that they must have robust compliance procedures in place to ensure they do not contravene the Australian Consumer Law by incorrectly charging customers for damage they are not responsible for.

“Vehicle rental companies must also ensure that they are transparent and accurate in communicating with their customers about the charges they are applying for vehicle rentals and repairs.”

Partnering with an agency, the Vira app was developed and Crombie began using it within her own business.

“It saves [a hire car company] time and money. It keeps everyone accountable, and if a customer has caused new damage to a vehicle we have legitimate proof, and they then cover the cost as there is no argument. It keeps both parties happy,” she said.

Prior to taking home the $10,000 in Family Feud winnings, Crombie had been self-funding Vira’s development; the startup had applied for a few government grants but was unsuccessful.

“I backed it with mine and my husband’s retirement savings, but as we feel very strongly about the app, we believe it will only enhance our retirement when the funds from sales start rolling in,” Crombie said.

With the subscription set at $49 a month, Crombie said there are “a number” of hire companies using Vira, with sales the focus for 2018.

“It basically sells itself. There is no real sales pitch, just proof that it has worked and done wonders for my car rental company so there is no reason they shouldn’t give it a go,” she said.

“Once the app is used and picked up by a number of companies, it is our intention to reinvest the funds it makes to target the service departments and panel beaters.”