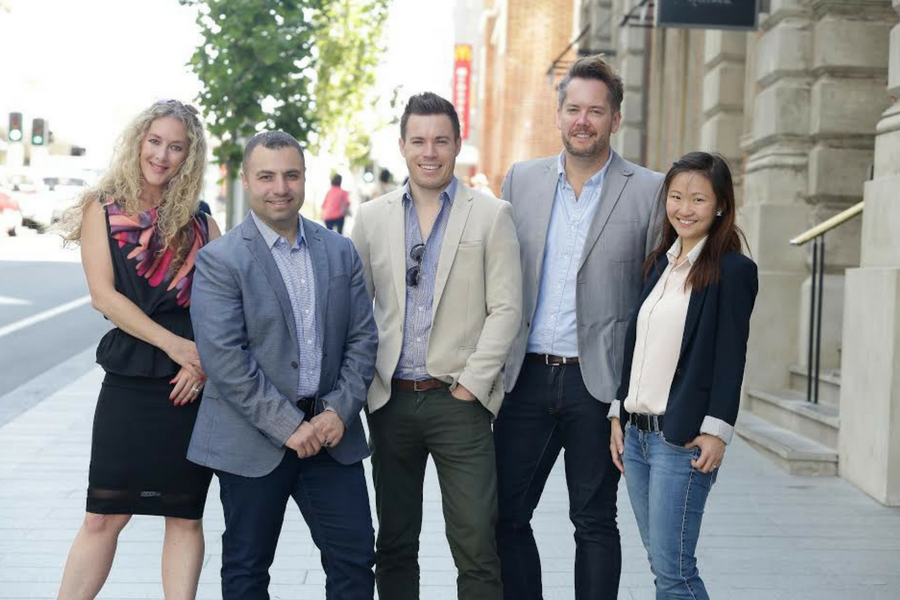 Thanks to the introduction of various digital loyalty programs over the last few years, the days where Australians had to carry around a wallet overflowing with flimsy cardboard loyalty cards for each of the ten cafes they frequented are mostly gone.

However, the rise of digital loyalty programs then presented a new issue, whereby a user would be required to have the specific app for each corresponding merchant.

To solve this, developers then began designing apps specifically for the purpose of storing these programs; even tech giant Apple jumped on this opportunity, last year releasing the  full version of its Wallet app to help users manage their digital loyalty card mess.

However Ronnie Elhaj, CEO of Western Australian property group NicheLiving saw a flaw with the eWallet model; he believed the user was still being forced to stretch across a stack of loyalty programs — the only difference now was that it was just a little less cluttered.

Looking to solve this issue and provide users a chance to collect and spend loyalty points across a broad spectrum of merchants and sectors is his startup Loyalty App. Cofounded by Elhaj, the app provides users with a loyalty and payment service which targets small to medium enterprises (SMEs) and their customers in WA.

In addition to recognising the digital loyalty card’s oversaturation in the market, Elhaj said he also found a lack of transparency with existing loyalty programs that represent larger businesses, in that the user wasn’t clearly shown how many points they earn with each transaction, the total they number they’ve accrued, or what their points could be spent on.

“Plus, you can only use points say on certain flights or in a restricted way, if you even know exactly how many points you have at all,” Elhaj added.

While there are existing loyalty apps and programs in the market which are growing to take more businesses under their wing, Elhaj said joining them can be a particularly difficult task for SMEs, who struggled to get NicheLiving a place inside these programs.

“What I found is that it was tough to tap into them. They had pre-existing relationships with other companies and didn’t want to open up,” the cofounder explained.

With the assistance of NicheLiving cofounder Paul Bitdorf and a fintech architect, Loyalty App was built around a model of customisation and accessibility to benefit both users and businesses.

The app, set for release in February next year, will allow users to attach their credit or debit cards in order to pay merchants directly and also earn points.

Users can create an account with their email address or log in directly with Facebook, and will be able to view a map identifying participating merchants across their area.

To earn points at these locations, the app has a QR code feature where the user’s device is hovered over the merchants in order to scan the code and present them with the payment total and the number of points earned. The user has to approve the payment and has the option to pay for the service with points if they have accumulated enough.

Elhaj said merchants will follow a similar procedure, only they will create a merchant account and have the option to control how many points they issue for various payments, and implementing various specials and deals.

The app will come bearing other useful functions too, such as offering users the chance to ‘favourite’ and rate a merchant, view special offers, and share their experiences on social media to score extra points.

Launching in WA will provide the business a chance to focus on adding select SMEs from a moderately sized pool, without having to deal with the overabundance of options within the larger Australian cities.

“We’ve got already 20 merchants already, just from the last three to four weeks. We’re looking to hit 36 by the end of the year and then go from there,” Elhaj said.

Currently the Australian market is grasped by existing loyalty apps such as Rewardle and Stamp Me, which offer similar features to Loyalty App.

These apps also market themselves to smaller businesses and have a substantial head start, with Rewardle counting around 5,000 merchants and two million consumers as users.

Loyalty App’s advantage, however, will be its focus on expanding to a wide variety of industries that have traditionally been left out of the loyalty program space, such as dental, hospitality, and real estate.

“If there’s a customer generated from the app then the business pays a small fee, but other than that there’s no financial obligations or fee.”

This transaction fee will serve as the startup’s source of revenue, as the app itself will be free to download and free for the user to access. This money will be used to sustain the business, as Elhaj acknowledged that funding additional growth will require additional investment.

Currently the startup has been bootstrapped by Elhaj and Bitdorf, with the financial backing of NicheLiving behind them.

Following the launch of the app in February, Elhaj said the business will focus on building up its merchant base across WA. As a long term goal, the startup wants to spread across Australia and eventually tackle the Asian market.