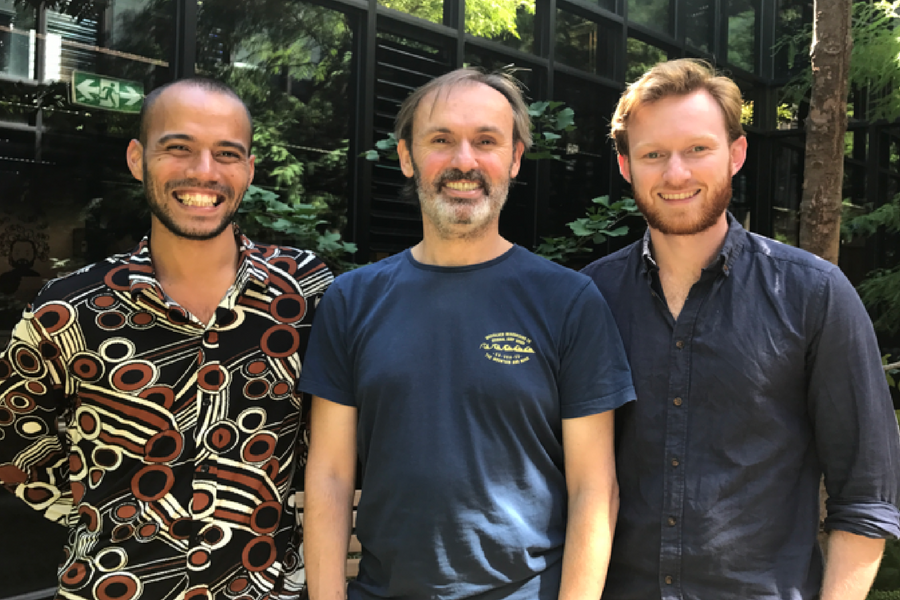 When needing to jot down your overseas packing or Christmas gift list on a computer, the last thing anyone wants to do is open a Microsoft Excel spreadsheet, let alone draw up dot points on a blank Notepad document.

Looking to kill the effort required to create lists is Melbourne-based startup Listium. Through the use of a simple toolset, Listium’s online platform allows users to create attractive, bespoke lists that can be shared on social media.

A list created by one user can also be edited or interacted with by another; new categories or columns can be added, links can be ‘liked’ and checkboxes ticked off.

Designed to suit both the average user and businesses, Listium is designed for the creation of short, simple lists as well as the sorting of more complex information. It’s a concept that, in reality, serves into the popular space of social list sharing – just think about every questionably original ‘top 10’ list from Buzzfeed that’s become viral on Facebook. And if that’s not enough, there’s even a website dedicated to the art with Listverse, a platform sporting above 7 million readers each month.

The startup’s cofounder, Marc Harrison, said the platform has been able to carve out a strong niche for itself, particularly following Microsoft’s announcement that it would be closing its list creation solution, Wunderlist, in the coming weeks.

“Listium’s strength is when it used for term lists that have a longer time horizon or are more complex than a simple list of tasks or reminders. For example, a wine collection, books you want to read, your favourite movies, the best coworking spaces in Melbourne, small business project planning, a list of things to pack when you go camping, and so on,” he said.

Fostering a ‘content creator’ atmosphere, Listium asks its users to set up their own accounts before designing, with their profiles showing each list they’ve ‘liked’ and created. Users can view who has created a list when browsing, with each separated into categories such as food and drink, education and technology/computing.

As for actually creating a list, Harrison explained that the startup made sure the process was as simplistic and fast as possible.

“The reason spreadsheets are so complex is because of their enormous flexibility. But when it comes to creating a list or table, you don’t need 98 percent of the functionality of a spreadsheet,” he said.

“We keep things simple by removing everything that you don’t need. For example, in a spreadsheet you can put any value in any cell. In Listium, you add a date field/column and that can only include dates; a checkbox field can only include checkboxes; an image field is just for images, etc.”

The startup was launched in 2013 by Harrison and his cofounder, who felt the “overkill” of using spreadsheets and table to make simple lists on a computer. While the flexibility of spreadsheets was appealing, Harrison sought for a tighter, bespoke way to create lists online that could be shared.

“Spreadsheets are all about numbers and functionality, but when I’m documenting my wine collection or favourite movies, I want to feel a more emotional attachment with my list. Plus, my friends got sick of me sharing spreadsheets with them because many of them – particularly those who don’t work in finance – told me that spreadsheets felt too much like work,” he said.

Well before launching Listium, however, Harrison said he had the idea for the platform floating around in his mind. Wanting to scope out startupland and the risks involved in launching one, the entrepreneur spent time in coworking spaces York Butter Factory and Inspire9.

With a corporate background, he also became an advisor and director to a number of local Melbourne startups, soon hopping aboard the Melbourne Accelerator Program as a mentor.

“Coming from a corporate background meant that I had to relearn a lot of things as the lessons you learn from corporates often don’t help, and may even hinder your efforts to become a good startup founder,” said Harrison.

“Over many months I created mockups in tools like Balsamiq and showed them to lots of people. Some people wanted it straight away, and others took a bit longer to warm to the idea. After many changes I found that a consistently high number of people were telling me that they really needed something like Listium, so I finally put together a team and got started.”

Supported by two angel rounds, the business began to “ramp up” in late 2015. Finding difficulties working together, early next year would see Lithium’s cofounder leaving the startup, a process which Harrison said was undoubtedly difficult, but manageable, and ended on “good terms”.

“Given that founder disputes are one of the most common reasons for startups failing, it was pleasing to get through that relatively unscathed,” he said.

For businesses, Harrison said the possibilities when using Listium are extensive, noting an anecdote of a wedding planner who used the platform to create master plan lists for her clients. Other businesses are able to use the tool to share lists of products, for example, to help gain traffic, or pin their own ‘top ten’ lists.

Currently Listium is sporting a free model as it continues to accumulate users, with Harrison saying the business has plans to introduce advanced features locked beyond a premium status.

Using feedback from its users, Harrison said Listium will continue to build out its online product, as the startup looks to another capital raising round to extend the team and support a growing user base.