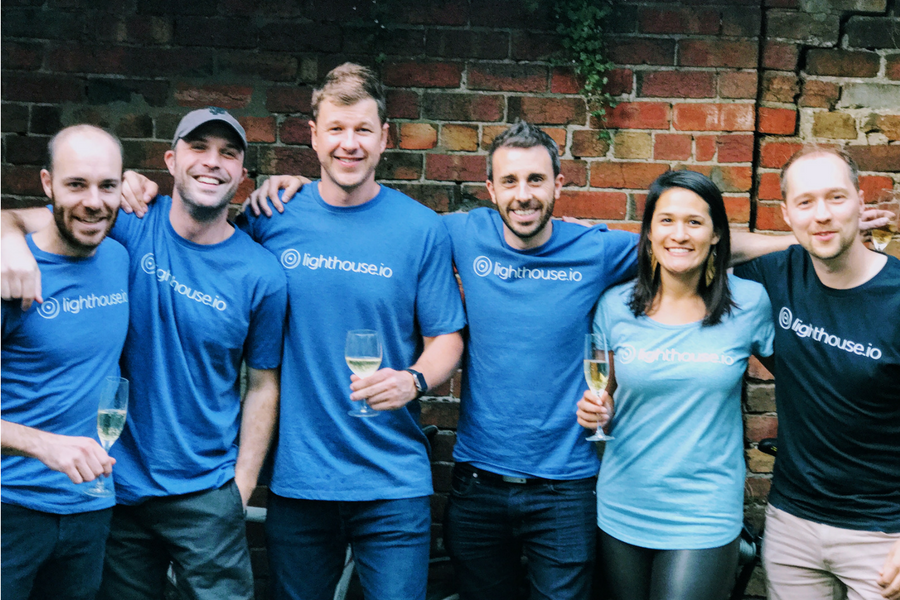 For any business, managing employee efficiency and workflow is often a strenuous task, especially when the dealing with medium to larger sized teams.

Things become even more complicated when the business is operating in larger facilities such as airports and shopping malls, where it becomes near impossible to track an employee’s movements over a large area.

While the market is compacted with project management platforms that help streamline employee administration and organisation, none comprehensively address the location-based issue that businesses operating in larger spaces face when it comes to employee management.

Harnessing the power of location technology, startup Lighthouse.io has developed a cloud-based workforce management platform looking to solve the issue, by enabling employers to accurately locate and interact with their employees.

Operating through an app of the same name, Lighthouse.io uses Bluetooth beacons to detect an employee’s location and track their whereabouts.

As cofounder Ben Howden explained, a manager is able to view the collected data via a web-based management console, informing one the app’s key benefits of helping to “optimise” employee efficiency.

To make the most out of the location and analytical features, the app is targeted at businesses operating within industries where employees are required to move around a lot, such as cleaning and security.

Train stations, large corporate campuses, airports, hospitals, and stadiums are among the startup’s target sites. Taking a shopping mall as an example; the app would work by first having each worker within the, say, cleaning team, provided with a mobile device and bluetooth beacon at the beginning of their shift.

Howden explained that the startup can provide businesses with phones that have the app installed, but they do also support a “BYO devices” approach. The Lighthouse.io mobile app installed on the mobile device is able to detect signals being broadcast by Bluetooth beacons deployed at a site

“The range of the beacons is configurable and usually set anywhere from two metres to 30 metres, but we also use GPS where beacons aren’t appropriate, such as large outdoor environments,” explained Howden.

Staff managers can create an account for each employee which can then be used to log into the app as their shift begins, a feature which can integrate with certain attendance and payroll softwares to eliminate the need for paper timesheets.

The employees continue with their shift, and if a Bluetooth signal is recieved, Lighthouse.io will record the employee’s location and search for any new content that can be sent to the them, such as task lists, reminders, messages, and saftey alerts.

“Users can also access other forms on-demand from the mobile app, again eliminating the need for paper forms. Forms typically include task lists, issue reports and audits, however the customer can build any form they want via the web based management console,” Howden explained.

Location isn’t the only type of data Lighthouse.io tracks, however, as the app can also detect if KPIs are missed during a shift.

“For example, if a bathroom at a train station should be checked by a cleaner every 30 minutes to maintain cleanliness and eliminate risks, our system can monitor if this occurs,” Howden added.

All the data collected throughout the day is available through the web management console, which visualises the information through neat graphs and lists.

The idea for the business came to Howden and his cofounders Patrick Carne and Tony Milne during their work at digital solutions agency Inlight Media, where they identified the potential for Bluetooth beacon technology to be used in retail.

Following the launch of version one of Lighthouse.io, the cofounders were approached by Australian facilities service provider Spotless to understand if the tech could be used to manage a cleaning workforce.

“Through our engagement with Spotless we realised there was significant opportunity in facilities management and decided to make that our focus for the product,” said Howden.

Beyond ending the need for paper forms, the app also benefits businesses operating within facilities by creating a streamlined method to report issues, collect data and complete audits.

Licences for the app are based on a monthly subscription per user, although the startup didn’t specify the exact cost, saying it “varies by opportunity” and market.

Recently raising over $1 million in seed funding from Tamarisic, a firm focusing on real estate tech, the business is now developing an IFTTT feature that allows its users to create conditional programming statements, in order to notify Lighthouse.io users of particular events and further differentiate the app from similar existing technologies.

As for the startup’s central goal in the coming year, Howden said the business will look to grow revenue in the US market while setting the business up for a Series A funding round.

He said the business will also begin to “explore” industries such as health and property.