Why you should leverage brand Australia to sell in China 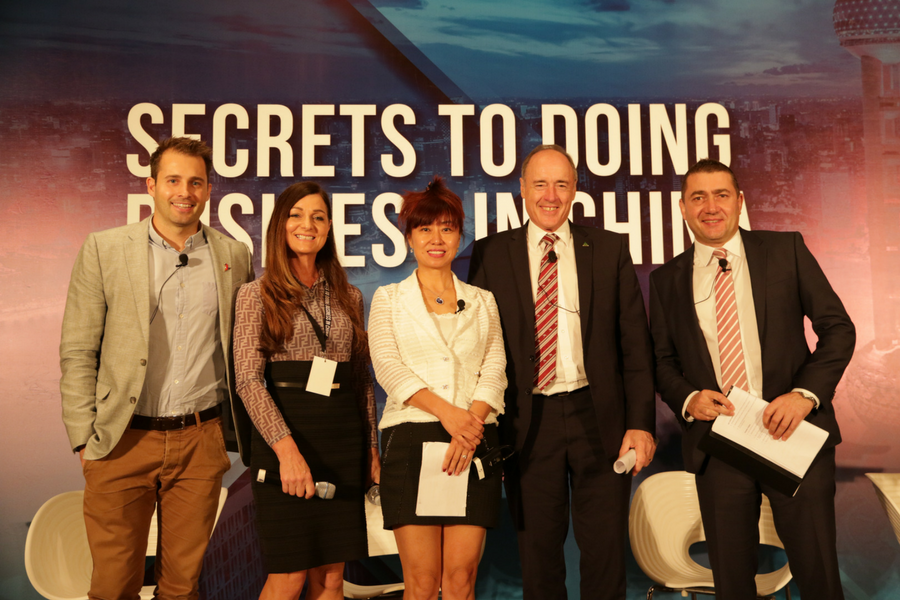 According to a report released earlier this year by ecommerce giant Alibaba, Australia is the third largest importer into China on its Tmall platform, following just Japan and the United States.

With Alibaba estimating that the cross border ecommerce market could be worth $125.5 billion in China by 2019, the opportunities for Australian companies are significant.

However, there is more to leveraging the reputation of Australia in order to sell in China than just simply being an Australian company selling in China.

Providing insight into how to do it at the recent Secrets to Doing Business in China conference in Shanghai were Jeremy Hunt, director of Health More; Swan Wine Group cofounder and COO, Wendy Mao; Australian Made Campaign chief executive Ian Harrison; and Aromababy founder and managing director, Catherine Cervasio.

According to Ian, leveraging an icon like the Australian Made logo can provide a significant boost.

“Why would you do it? Because being Aussie is a good thing,” he said.

A survey of Chinese consumers commissioned by the organisation, Ian said, found 69 percent of respondents identified products as Australian when they saw the logo.

“The symbol is a very powerful marketing symbol. Authenticity and traceability and the story of provenance is increasingly important to a Chinese marketplace that is absolutely glued to mobile systems,” Ian said.

Swan Wine Group, for example, recently sold bottles of wine themed according to the Chinese zodiac on WeChat; selling on the platform for just 10 days, the company sold 230,000 bottles, worth 460,000 of its standard 750ml bottle.

The company’s understanding of the Chinese consumer has also influenced the production of some of its wines itself.

In looking to sell to China, Catherine added that it’s also important to consider the way your target market thinks.

With Aromababy selling mother and baby products, Catherine said, “Our target audience desires an emotional connection with the products, so touchpoints are really vital.”

For the better part of eight years, Catherine said her focus was not so much on building sales but developing solid relationships – she is on the ground in China every month or two – and developing a trusted name for the Aromababy brand.

“They can research it and see that back in Australia it’s 20 years old; it’s not a two year old brand developed to sell to China where, even though it’s ‘Australian’, it doesn’t have actually have much of a basis in Australia. A brand like ours is a very strong Australian brand,” she explained.

Health More’s Jeremy added that the most important thing is to just give it a try and leverage all the help you can.

“It’s about giving a try, because you will not get it right. Not one brand has been able to do it by themselves. We rely on others and we rely on learning from our mistakes.”

Jeremy Hunt, Catherine Cervasio, Wendy Mao, and Ian Harrison were speakers at the Secrets to Doing Business in China conference, produced by Pinstripe Media. You can find out more about the conference here and listen to all the panels and keynotes here.

– Do your homework and stay nimble: the keys to setting up in China
– Find your niche: how to reach the right customers in China
– Austrade Trade Commissioner in Shanghai, Susan Corbisiero on the opportunities for Aussie fintechs in China
– John Brumby on the benefits of understanding the Chinese market