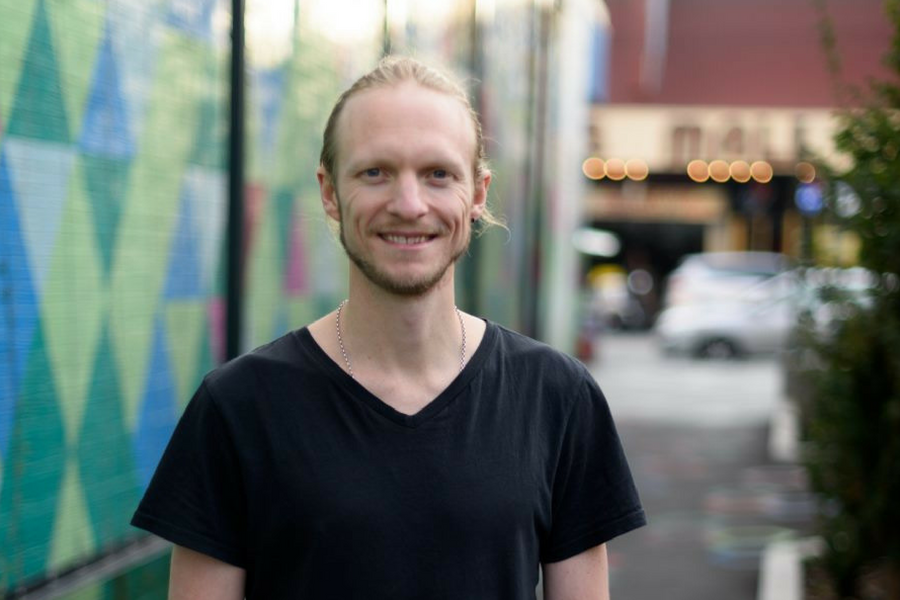 Two years ago I left my secure, well paying corporate job to focus on launching my startup MuzeRoom with a good friend turned cofounder. It was a website we loved as music fans and hoped others would enjoy too. But after two years and despite some significant milestones, encouraging press, and fan mail — we failed to get enough traction to secure funding, or make enough money to sustain the site as a going concern.

However, we had built some great unique tech, had licensed our curated data and made some $, still believed in the core of the idea, and had some energy left in our tanks. So we doubled down for five months, and I thought I’d share how we got our app live under our $5,000 budget and the lessons we learned along the way.

Clear your head, take some time out

This won’t be practical advice for all founders, but for me it was pivotal. I was burnt out on the day to day of running a company having put my life and soul into it. My girlfriend wanted to go travelling so without hesitation we stored our life in boxes and booked a one way ticket to Argentina. We ended up having a life changing experience, spending over seven months on the road and visiting 13 countries. I even went six weeks without a phone as a complete disconnect and digital detox, which I thoroughly enjoyed and highly recommend .

But it wasn’t all sunsets and red wine — I got dysentery and was hospitalised in Bolivia, and we were held up and robbed at knifepoint in Colombia. But all in all it was an amazing trip. And during that time I was able to recharge my batteries and reassess what was important to me. By totally removing myself from my own life I realised how much I loved building things, being creative, and hustling within a startup environment – and I came back with a renewed fire in my belly.

LESSON: There is more to life than work — use travel to clear your head and understand what’s important to you.

Less is more: how we trimmed our web ‘fat’

The original idea for MuzeRoom involved news only. As we got talking, and the more excited we got, the more functionality we piled into the spec.

OMG we could this! And that! And that other shiny new thing that sounded awesome when we discussed it over too many beers! We are literally geniuses. This is going to be the best music site ever!

So we ended up over cooking it and curating news, releases, AND videos — and by doing so, we didn’t nail any of them. Big mistake. It’s one thing to read and agree with ‘The Lean Startup’ but it’s another thing entirely to actually heed the advice and principals.

You should decide what the core of your idea is, then strip it back as far as possible. Launch, learn, iterate, repeat. Our failure to do so cost us time, money, and stress that we didn’t need in our lives. So when it came time to consider an app launch, we swore we wouldn’t make the same mistake twice. We simply couldn’t afford to.

News was definitely our core service, the most used part of our site, and what we originally agreed was the foundation of MuzeRoom. And we always envisioned the service being mobile first, and used as a companion to things like Spotify — which delivers music well, but doesn’t do a great job in pushing music related content to listeners. So we stripped it all back and literally decided on a single minded proposition — ‘music news while you listen’.

No following artists, no releases, no videos, no charts…. Just literally music news for the artist you are listening to.

So even though we had the data, we had the smarts to do a lot more…we didn’t. The more complex the proposition, the more development and testing required to get to market. If we ever found ourselves asking ‘should we include this’ chances are the answer would be a strict NO by default. You can always add it in later when you’ve verified the concept.

I get it — you want to minimise your development costs, and the easiest way to do that is by going offshore for cheap hourly rates. We tried Vietnam, Argentina, and Mexico before conceding defeat. I’m sure you can find good offshore talent if you look hard enough, but we couldn’t. It was a massive time suck, and in the end the work wasn’t up to scratch. I’m not saying there aren’t quality developers in those countries — of course there are. We just didn’t have any luck finding any ourselves.

Finding a good developer is REALLY hard even when looking local with the benefits of your business network, and the opportunity to meet face to face. You’d think in this day and age you’d be tripping over developers, but the good ones are in high demand and hard to pin down. We took a LOT of coffee meetings mostly through meeting friends of friends and friends of associates. We had nothing much to offer — standard hourly rate, limited project hours, and a strict timeline.

But what we DID have was a fun project working in music. So our strategy was to line up meetings with music loving developers, sell the dream, and hope for the best. It worked — we found a developer who wanted to supplement his 9–5 with some project work, and he believed in the MuzeRoom vision.

It ended up costing us on average around 3–4 times more for the hourly rate by going local, but it made ALL the difference to our project. Communication, quality of work, initiative, and ultimately outputs were all spot on. And our developers went the extra mile because they loved the project.

LESSON: You get what you pay for with developers. Save yourself the stress and hassle and go local.

Needless to say, to keep our costs as low as possible we took on as much of the ‘doing’ (outside of the app build itself) as we could. Because we had a strict budget of $5k, we needed to pretty much do everything ourselves outside of the core development.

App deployment, ASO, testing, designing and building landing pages, social media, content creation, PR, marketing …. and whatever else needed doing — we did it.

I’ve read a lot about outsourcing stuff so that you can focus on what you are good at and what interests you. In theory this is a fantastic idea. Why stress over the small stuff that you can pay someone else to do? Why start your own company to end up doing stuff you hate? But with such a small budget and compact time frame, this made no sense for us. I’m not going to spend 3 hours finding someone to do something that would take me 5 hours to do myself.

The other thing worth noting here is that everything you learn can be reused on future projects. So even if we fail miserably, we’ve internalised a whole new set of skills and experiences. And truly that’s one of the best parts about running a startup — being in control, and learning as you go.

LESSON: Keep it in-house. If you can do it yourself, DO IT YOURSELF.

One of the big mistakes we made in our initial launch was that we assumed our idea was amazing. Our friends and family told us so, and therefore it must have been true — it was what we wanted to hear. We did a survey too, but rather than ask about the concept itself and whether people would use it, we asked about the features we planned to launch — assuming the site idea itself was sound.

So this time around we focussed more on asking our users what they liked about the existing site, and what they thought of the concept for our app. Through doing so we were able to verify our proposition and feel confident in our new stripped back approach. Of course you are always more likely to hear positive things from your fans, and it will never be full proof. But it’s better than a finger in the air.

LESSON: You’re not Steve Jobs and therefore can’t assume you know what the market wants.

The thought of licensing our data never even occurred to us when we launched MuzeRoom. For better or worse we built something we thought music fans would get value out of. But that changed when we had an inquiry about our API — which at the time didn’t even exist!

We only managed to sell the feed to one customer, but that was enough to pay to build the API, and then fund our app development costs. It’s amazing the opportunities that present themselves when you speak to other startups in your space. For us, what could have been considered a competitor in the music space actually turned out to be a partner, and one that would ultimately help us get to the next phase in our development. Always take coffee meetings!

LESSON: Never forget B2B — it’s not the sexy side of life, but it can be a profitable one.

And so in five months and for less than $5k spent in total, we got our app live. It’s far from perfect of course, but we’ve already had some good press exposure, downloads, and fanmail. It’s been a really fun project to bring to fruition, and I’ve thoroughly enjoyed the ride.

Ronan Mason is cofounder of MuzeRoom, which can be found on the App Store or Google Play.  This article was first published on Medium.

Previous article Investible is looking for an Australian startup for OTEC, China’s massive annual VC event
Next article How a crackdown on comparison websites led to this white label startup
Via Advice
Tags bootstrapbootstrappingBudgetbusinessinnovationstartupstartupausstartups