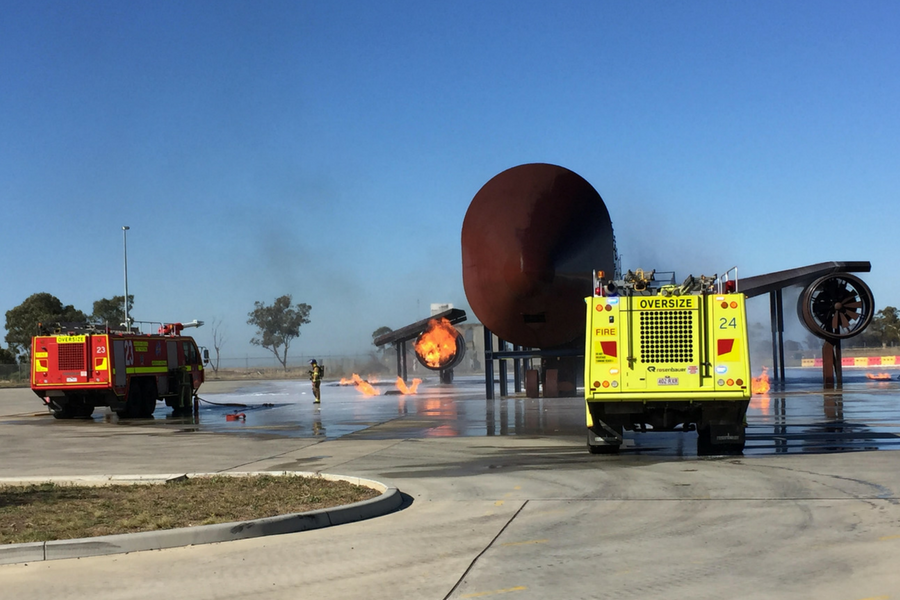 As many business ideas do, that for Internet of Things (IoT) startup Ion Systems came over coffee.

With cofounder Luke Hally having made the decision to wind up his fintech startup, he sat down for a coffee one day with Craig D’Souza, who asked if he might be interested in getting involved with a startup that “had to do with safety and IoT”.

Hally said, “He had an idea around tracking security guards on their rounds. I was intrigued and started thinking about an application that was more exciting, had a higher barrier of entry, and less exposure to consumers.”

The resulting idea was that for a system to improve the situational awareness of teams in hostile environments, such as emergency services or Defence.

Within a week the pair had a website, business name, branding, and a list of potential customers to go after. Within three they had a team, bringing on Aaron Sempf and Dr Anthony Walker, and by week four they were in discussions with Airservices Australia Aviation Rescue Fire Fighters, who came on as a development partner.

Despite having just come off shuttering another startup, Hally was eager to jump into something new.

“What pushed me to bring it to life?” he asked. “The challenge and spark of opportunity that no entrepreneur can resist.”

As Hally explained it, the Ion Systems solution works by having each member of a team wear a sensor pack that connects to a network hub; this in turn feeds data to a team leader or situation commander. The sensors collect data about the wearer’s fatigue levels, movements, and the environment, information that can be crucial in helping a team leader or commander make decisions about what to do next.

“This is a scalable solution; multiple team members per hub and multiple hubs per command centre, so contextual information can be used at all levels of decision making, for any sized event. And since we are leveraging edge computing, each hub-network can continue to operate independently in the event that wider comms are down,” Hally said.

The scope of what Ion Systems could is significant. For example, as Dr Walker, Chief Science Officer (CSO) at Ion Systems explained in a blog post, the leading cause of death for firefighters worldwide is heart attacks, followed by manual handling and falls.

With this in mind, the Ion Systems solution could help monitor and detect a number of tell-tale signs of danger: blood thickening, which results in, among other things, a spike in the heart rate; variations in a firefighter’s gait; and cognition drops, as evidenced by increased reaction times.

With the Defence industry the startup’s key target market, working in partnership with Airservices Australia is not only helping Ion Systems develop and tailor the product, but also helping the team understand what it’s like to work with bigger organisations.

“We’ve had many lessons: insights into how large agencies interact with startups, the benefits of being nimble when working with a large slow moving organisation, plenty of product dev feedback from observation, and data and participant feedback,” Hally said.

“Anthony, our CSO, is based in Canberra and the rest of us are across Melbourne, so we’ve gained insights into working as a distributed team. I’m also developing the ability to digest information from government websites without getting a headache.”

The key to it all, Hally said, has been willing to adapt to change.

While they faced all the usual challenges startups often come across, from lack of funding to time constraints and everything in between, Hally said one they hadn’t anticipated was insurance.

“A condition of our pilot contract was having appropriate insurance, as you’d expect. What I didn’t expect was the difficulty in obtaining it. It took us about two months. Many insurers refused to even quote because of the environment we proposed to operate in,” Hally said.

“We eventually sourced insurance through Bradley Tempelhof at Sound Insurance Services, who put in the hard yards to get us cover. I’d never been so relieved to spend so much money on something I will hopefully never use. I’ve always wondered why we don’t hear about many hardware startups, now I know why.”

The startup hopes to take part in an accelerator over the coming months to take its growth up a notch and work its way into the Defence pipeline.