Why is it that investors’ eyes glaze over when these people pitch to them? 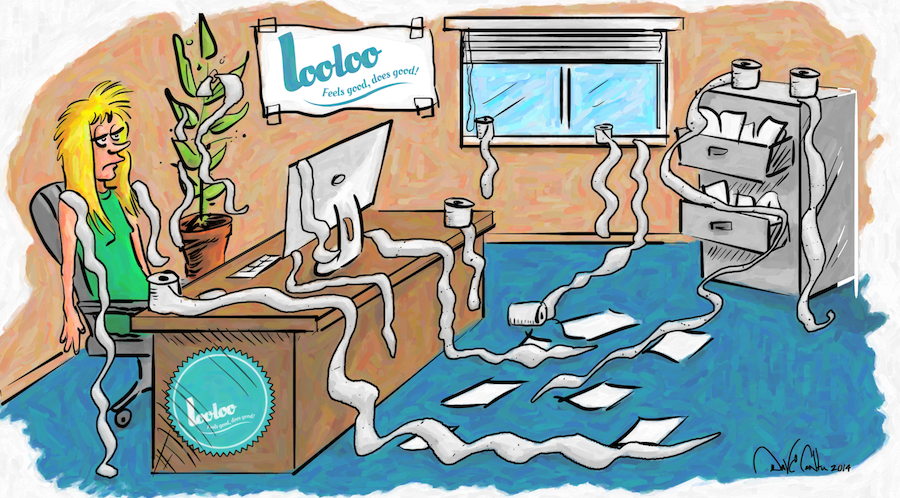 The majority of Australian investors believe this to be the case, according to opinions of many innovators in the community that have now become a subset of the startup ecosystem we call social entrepreneurs.

Is it so hard to believe that a company can actually make money and make a difference from day one? It’s easy to assume that investment in ventures with a “business for purpose” nature are charity cases and a waste of an investor’s time. There certainly isn’t a strong track record in Australia right now that proves otherwise.

But remember, just three years ago I wasn’t able to write about seed funding and incubator programs as they didn’t exist in this country. Isn’t it time that we stop treating ventures with a message of social good like second class citizens of the ecosystem and simply embrace them as fellow startups?

Investment in early stage businesses in Australia started with education – the same education that convinced people with cash to invest in many of the startups we have written about on this site. At the moment, many investors and a lot of people that I have spoken to about SocEnt (at least, the ones that are not in the space) commonly mistake “business with a purpose” as a non-for-profit. This couldn’t be further from the truth.

Where Australia has been quite strong to date with socially conscious startups is in the food industry. Organisations such as Amazonia and Zambrero have programs core to their business operations that solve issues directly related with what they do. Both are also highly scalable multimillion dollar companies, that have produced millionaire founders. It should also be said that both businesses are also highly acquirable if the founders ever wanted to sell.

The same can work just as easily for sub service and technology based businesses with the same mantras. Tech giant Salesforce are an example of this with their 1 | 1 | 1 model, which is integrated into their company culture.

They give 1% of profits to people and organisations that need it; they do the same with 1% of their product value; and all employees spend 1% of their time supporting causes they are passionate about (this equates to approximately 20 hours a year). Since starting this, they have given away over $53 million in grants, 580,000 hours of community service, and provided product donations to over 20,000 non-for-profits.

Salesforce started doing this once they were a large company. But what rule is there to say you can only make a difference once you have attained a certain level of wealth?

The primary focus of socially focused startups is to make as much money as they can, and drive a profit. One could even argue they need to steer their companies towards profitability faster than that of other startups because delivering on the social aspect of the business is critical to the entire operation.

Avis Mulhall, founder of Think Act Change and social startup Loo Loo Paper says that education is critical to enhance the funding options available to social businesses. Mulhall adds that investors need to know that they will get a return on their investment, and that even though a business is socially good, it doesn’t mean they won’t be aiming to make as much money as possible.

One of the key factors in making sure the education is effective, in Mulhall’s opinion, is to cool down on the use of all the “social” buzzwords – which are most likely the cause of the dreaded investor glaze. Buzzwords, as Mulhall so eloquently put it, are dangerous because people start to use them as marketing tools and they lose their effectiveness in education.

Mulhall actually says that all startups and businesses can be social enterprises. “We need to educate people around the myths of social business; it is not just about giving money to charity. It goes way beyond that, it could be something as simple as how they employ their staff and outsource workers. Are they making sure they are treated fairly? It may be tracking the processed goods they are selling, going through from manufacturing to customer and putting in place more ethical practices than their competitors.”

If giving away profits is merely one of many options to fit a social framework, then it certainly isn’t unreasonable to think that with the right pitch and a strong growth plan in place, that investors would start to see this group of startups in a different light.

Currently there are a handful of places for social startups to access funding such as Social Ventures Australia, Social Traders and a couple of others, where there seems to be more of an emphasis on flexible loan options as opposed to traditional investment. There are also a lot of grants given in the space; but relying on grants, as Mulhall says is not going to allow your venture to get where it needs to go. The problem is as much about smart money and vested partnerships as it is cash.

It would indeed be accurate to say that people have an interest in contributing to a more purpose focused society. If you look at the success rate of Australian crowdfunding platform Start Some Good, founded by Tom Dawkins, it shows that people are willing to part with money for causes they are passionate about.

This raises the question then, that perhaps a more targeted approach is in order. Does the education actually start with the founders finding out what certain investment firms and angels are passionate about before pitching to them?

Three years ago, talking about an incubator program that would within three months turn founders into CEOs of million dollar companies was a little crazy and exciting. Three years from now, I predict over 50% of Australian startups will have a social angle core to their business and be receiving significant seed funding from some of our most well known investors.

The education that spurs that change is critical to this though. And time is ticking away.

Previous article THIS is the man responsible for spamming your inbox
Next article Does Australia’s startup ecosystem even need late stage capital right now?
Via Advice
Tags AustraliainvestorsscalableSocentsocial entrepreneursstartupstech