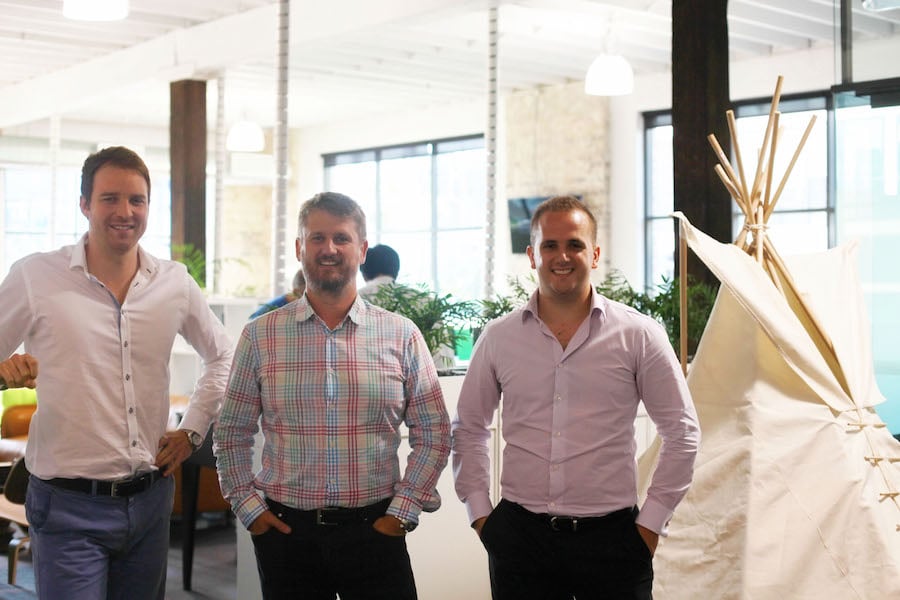 Many experienced employers would agree that traditional recruitment is a horrendous process that doesn’t end in the best results. On resumes, for instance, many applicants look identical and recruiters are left choosing the those who sound the best on paper. This is problematic because if one applicant has all the right experience and skills for the job but gets overlooked because their resume is poorly written, then they miss out simply because they were unable to sell themselves. On the flip side, an applicant can look outstanding on paper and thoroughly disappoint in-person.. A new Brisbane-based bootstrapped startup Instaview not only wants to cut down the screening process but also allow employers to get a gist of what the candidate is like in-person – prior to meeting them in-person – through asynchronous video-based interviewing.

Created by Guy McKenzie and Dave Acton, Instaview works as follows: once candidates have been shortlisted, the employer types a question they want to ask those candidates, providing their own email address as well as the candidate’s email and phone number via Instaview.co. The candidate receives an email informing them of the question being asked and is provided a link which directs them to the Instaview app. Through the app, the candidate records their answer and the video is sent back to the employer to review.

The actual technology isn’t new and the founders are cognisant of this fact. Instaview is essentially re-contextualising the type of technology people are already using to communicate in their personal lives through social media platforms like Snapchat, into the world of recruitment. Sydney-based startup Verbate is very similar in that it allows people to record video responses to survey questions sent by businesses or large-scale market research firms. It’s also worth noting that other companies have attempted video-based interviewing like MyInterview, Sparkhire, Wepow and Sonru. However, the founders believe the value in Instaview’s offering lies in its experience.

“We believe we offer a different experience from the current market because of our commitment to providing the best experience for candidates. For video interviewing to become the mainstream, we believe the candidate experience needs to be at the forefront of our design,” the founders said.

The founders are also conscious of security. McKenzie pointed out that the video responses are stored on private url. The interviewer can access the video response multiple times, but they aren’t freely accessible for download.

“Our design means that video responses are only intended for the interviewer,” said McKenzie.

The idea for Instaview spawned from McKenzie and Acton’s personal frustration when it came to recruiting new staff for their small business. The business expanded 2000 percent in a short period of time, according to the founders, and therefore needed to hire new staff to manage demand.

“[We] needed to hire several new staff members quickly and we didn’t have the resources to do it without taking time away from other important projects that were helping our company to grow,” said McKenzie.

For the founders, it was just as important that new employees fit the company culture than it was for them to have the right skill-sets.

“When we were hiring our key concern was getting people who fit with our team. We were really focused on getting the right personality for our company culture. Resumes weren’t allowing us to know what the candidate was actually like and we didn’t have the time to interview dozens of people,” said McKenzie.

“[We] found that the traditional practice of screening resumes and interviewing the shortlist was very time consuming, but – importantly – we weren’t convinced that we were short-listing the best candidates from all the resumes we were receiving. We were struck by how difficult it was to get a sense of the candidate from their resume.”

Having always worked in the tech industry, the obvious next step to solving their own problem was for the founders to find a tech-based solution.

“We figured people are already using video technology on social platforms to communicate. Just recently Facebook and Twitter decided to integrate video into their platforms – and then there are apps like Snapchat. It seemed evident to us that video was the best way of letting people express themselves naturally. Instaview can also be done asynchronously, which helps make screening candidates fit in your workday,” said McKenzie, who also pointed out that the company can now Instaview a candidate while commuting to meetings.

Instaview is currently free to use for both the interviewer and the candidate. McKenzie said their primary concern is provide HR professionals and recruiters with an easy-to-use video tool to connect with job applicants. The company is going to focus on growing its user base before it establishes its monetisation model, though the founders are steering towards a pay-per-use model, where interviewers pay based on the frequency of their use.

Launched just a couple of weeks ago, over 500 users around the world have sent and received Instaviews. To the founders’ surprise, users have been very enthusiastic in their use of Instaview.

“People have already surprised us with the amount of enthusiasm that they bring to their responses. We’ve had some people use magic tricks in their answers and other people sending back responses within minutes of getting the questions, recording themselves while they’re on the move. People just seem to respond to the video format,” said Acton.

Currently, the founders are committed to building a strong relationship with Instaview’s user base. They’re engaging with the audience via company blog posts as well as through social media activity on Twitter and LinkedIn. Although some of the marketing might be angled towards recruitment firms, Instaview is also targeting in-house recruiters of all types of businesses, big and small.

“Instaview is particularly useful to people that have multiple roles in a business – not just hiring. When you can send a question and then view the response at another time, it can be a really flexible process that saves time and money,” said McKenzie.

The startup is laser-focused on creating a seamless user experience for both interviewers and interviewees. The founders have already been asked for features such as a management interface, sending Instaviews via SMS, branded emails and multiple interview questions, all of which will very likely be implemented in the upcoming months.

Previous article Mike Cannon-Brookes is the Beyonce of tech events
Next article FinTech startup Afterpay allows online consumers to try before they buy their items. Will PayPal catch on?
Via Advice
Tags BrisbanefeaturedInstaviewrecruitmentstartup