Inspace XR is creating virtual reality for the architects of tomorrow 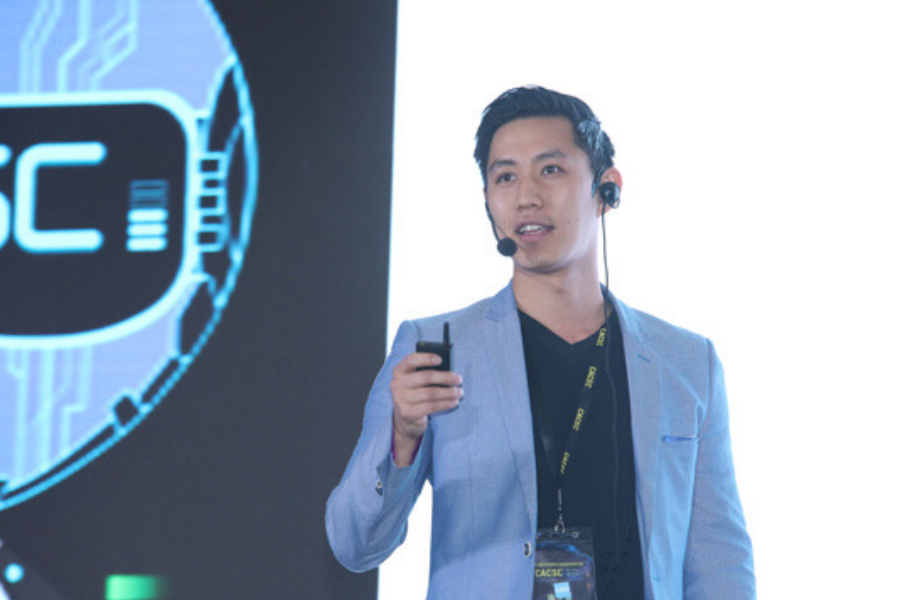 Imagine being able to step inside and interact with a building you’ve designed before it even exists. From architecture, to home renovation, to showcasing real estate, there’s no doubt that virtual reality is the future of property development. That’s precisely the vision the team at Inspace XR, based out of Haymarket HQ, shares.

Cofounder Justin Liang shares his experience on being a part of one of Australia’s most promising tech startups.

Inspace XR is not your average tech startup.

Barely over a year old, the company is already making waves in Australia’s startup scene and leading the VR industry. After taking the highly coveted first prize in the Alibaba Cloud startup contest, the team has been winning left, right, and centre. They’ve been backed by the NSW Department of Industry, were featured on Channel 7 News and selected as one of four startups in the Charter Hall accelerator program.

Most recently, Inspace XR was the first Australian startup ranked in the Top 10 Global startups at the Techsauce Global Summit 2018 and received a Westpac 2018 ‘Business of Tomorrow’ award.

“The first time I put on a VR headset, I was mindblown,” said Inspace XR cofounder, Justin Liang. “It was obvious — this was the future of so many industries.”

Of these many industries, it was one in particular that stood out to him: real estate.

“I could now put someone inside any space — an apartment, a shopping centre, or an airport — before it even exists. This changes everything, from design to construction to sales to marketing.”

The adoption of VR has been global and rapid in many industries such as education and entertainment. Inspace XR uses both augmented and virtual reality technology to solve problems experienced by the building and real estate industries and really delves deep beyond just the typical User Interface (UI) and User Experience (UX) most companies dedicate themselves to.

“Our design team has spent over 300 hours in user testing in order to craft smooth and beautiful VR. All aspects have been deeply considered, across movement, audio, haptics, visuals, social interaction and more. God is in the details.”

VR isn’t just limited to design and world-building. It’s also revolutionising the way people communicate. Imagine meeting with a client in a luxury apartment overlooking the Eiffel Tower. Only, in reality, you’re on opposite sides of the world separated by thousands of miles.

The company currently creates a range of AR and VR tools for the building sector. The first is River Fox, a program which allows architects to visualise their plan designs in VR with just a single click. In an industry that has been designing on 2D paper and screen for decades, architects are now able to step inside their own creations and review and communicate within a virtual space that’s as close to reality as they can get.

Less public is its Inspace Labs arm, which delivers bespoke AR/VR projects for industry corporates, with customers including JLL, Charter Hall, CBRE, Macquarie Bank and others. The use cases range from pre-leasing commercial and retail spaces, residential pre-sales and event space design.

“While profitable, Labs is actually an R&D function for us to test future software products,” Justin explained.

In 2019, Inspace XR is releasing its second product which serves the engineering market.

Sell before you build

Prior to founding Inspace XR, Justin sat on the investor side of the table. During his time at AMP Ventures. He had assessed hundreds of tech startups for investment, specialising in VR and AI.

“It’s typical of tech startups to end up just building products that people won’t actually pay for. I think to de-risk, it’s important to sell before you build,” says Justin. “I sold $120,000 in VR services before my first tech hire.”

After being greenlit by one of the world’s largest real estate companies, the project suddenly became much more real. Justin was in need of an actual product.

It was here that Justin found himself at Australia’s first VR hackathon run by Eric Fear, a 3D lecturer at the Academy of Interactive Entertainment (AIE) who would eventually join as co-founder. The team currently consists of eight members, with plans to double over the coming months.

One of the values at Inspace XR is ‘Uncharted Waters’.

“We’re not interested in delivering solutions that are 10% better than what exists today,” said Justin. “People won’t switch for that anyway. Our goal is the 10x better experience, to reimagine industries.

“Timing is key. We were lucky to show up at a time when the property industry opened its doors to VR. We rode that wave and were carried by its momentum”

What’s not luck, though, is the hundreds of hours the Inspace crew have spent on design and development, refining the technology itself. Since VR is a relatively unexplored user experience, the team of young creatives sits at the forefront of the VR industry, solving old problems with new solutions.

It goes without saying that the Inspace team is a bunch of extraordinary people. When it comes to teams, gathering the right people at the beginning is make or break. Having the awareness of not only your own strengths and weaknesses but also of your coworkers can mean a world of difference.

“We operate like a sports team,” explains Justin. “As coach, my role is to call the plays, to pick the right players and to help them perform at their very best. To me, people is everything. Teams win championships, not coaches.

“All a business is, at the end of the day, is a small group of people trying to achieve a set of goals. I’m proud of my team’s rate of execution. You can have original ideas, fun cultures and nice strategy decks – but if you can’t execute, you have nothing.”

The recipe for a good pitch

Justin is no stranger to pitches. With the added benefit of having heard the pitches of many hopeful startups during his time in corporate and the growing number of pitch comp wins under his belt, Justin has experienced both sides of the pitching coin.

A good pitch is specific and straight to the point. From elevator pitches to formal meetings with investors, it should be punchy and stirring.

Justin divulges his recipe for a good pitch:

A narrative is a simple and effective way to make your pitch memorable. In fact, stories are twenty times more memorable than straight up facts and are much better at engaging your audience. If you’re unsure where to start with your narrative, just ask yourself: what does the world look like in 10 years if your company is successful?

Know the metrics and economics of your business

To an investor, it’s all about how you’ll generate profit on the money they give you. Thus, you should be clear on what every single dollar channelled into your business will do. Understand how your costs scale with your customer base, how many leads are expected for each dollar spent in marketing, how many of these leads will convert into sales, how many of these sales will repeat, and so on.

A good pitch is powered by visually pleasing slides. It could include pictures, videos and live product demos. In fact, you should appeal to all the senses in a pitch: visual, audio, energy, emotion.

All that is required to win.

In 2019, the company is expanding offshore with its first satellite sales office in the US and distribution partnerships being formed in Asia.

“Our team has loved serving local architects and builders, however Australia only represents two percent of our market,” said Justin.

Justin envisions a world where anyone who is planning a renovation or constructing a new build can see exactly what it’s going to look like before they spend a cent on construction. The expectation is that VR will be standard by 2020.

The road ahead also includes AR and tools for engineering. While Inspace XR has been approached by the automobile and education industries, the founders are fixed on solving problems in the property industry.

At Inspace XR, the vision is simple.