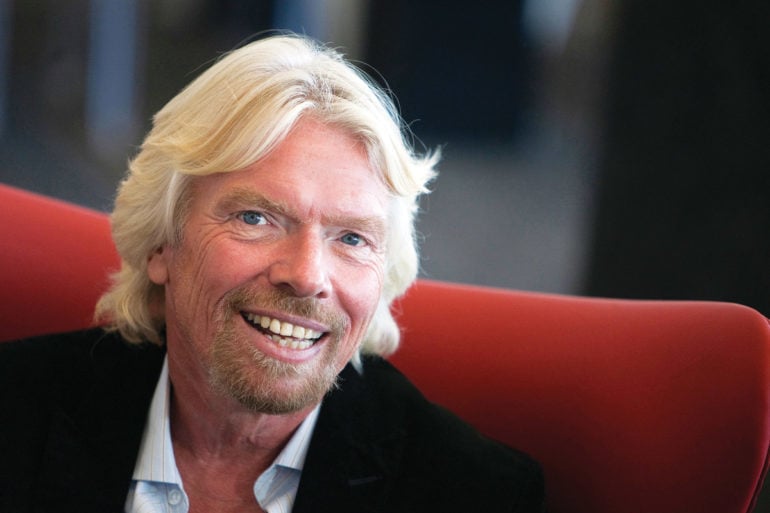 SPAC with an E, available for listing, one careful owner...

The little rocket that could

A big week for rocket SPACs.

On Monday Sir Richard Branson’s Virgin Orbit announced that it will go public via a special purpose acquisition company (SPAC). That deal is expected to raise US$483m, valuing the company at US$3.7bn.

$RKLB has launched! Today's exciting next step in Rocket Lab's story was made possible by the incredible people behind us – our team, our families, our customers, and our investors. Thank you, thank you, thank you. #SpaceIsOpenForBusiness #NasdaqListed pic.twitter.com/DLmVsmtqOj

Rocket Lab was founded by Peter Beck, who has been rocket-obsessed since his school days in Invercargill:

“It’s always been about the rocket, there’s never been a question really – even at high school. I remember I failed a careers assessment test and they needed to talk to my parents about it. I was so defined about what I wanted to do and the test didn’t allow for that.”

He began seriously experimenting with rockets while working as an apprentice at Fisher and Paykel. In 2000, aged 23 (or 24?), he built a rocket-powered bike that blasted down a street in Dunedin accelerating from zero to 140kmh in just under five seconds.

In 2006 he founded Rocket Lab and, by 2009, it became the first private company in the Southern Hemisphere to reach space, after launching its Ātea-1 sounding rocket from Michael Fay’s* private NZ island (video below).

*For all you non-kiwis, Michael Fay was a banker infamous for his involvement in a 1990s scandal known as the Wine Box enquiry.

Today, Rocket Lab is considered the leader in the small launch space.

Its Electron rocket is the only reusable small launch vehicle currently on the market. Since its first orbital launch three years ago, it has carried 105 satellites to space, bringing in US$48m in revenue in 2019 and an estimated US$33m in 2020. It expects launch revenue to rise to $915m by 2027. By comparison, Virgin Orbit expects to bring in $15m this year and $2.1bn by 2026.

The latest cash injection of US$777m will help Rocket Lab grow its existing business and build a larger rocket called Neutron, which it unveiled earlier this year. Capable of sending around 8,000kg to low-Earth orbit, Neutron will compete against SpaceX.

The company has also been testing a new approach to recover and reuse its boosters. Using atmospheric friction and a parachute, the booster slows until a helicopter can fish it from the sky.

Beck, still at the helm of Rocket Lab, has achieved all this despite never going to university. He and the Rocket Lab team are an inspiration to kiwis and rocket-enthusiasts around the world.

D2C Hero. BWX is acquiring a 50.1% of Go-To Skincare for $89m cash. BWX owns a suite of natural beauty and skincare brands and sites, including Sukin and Flora & Fauna. Go-To Skincare, founded by beauty expert Zoe Foster-Blake, has built a solid business centred around a direct to consumer (D2C) model. Its customer experience and branding is gold standard (aside from this), resulting in strong revenue & EBITDA growth (below). + Bonus mini analysis by Adir Shiffman here.

A deals deal. Global Marketplace (the company behind Click Frenzy) is acquiring GrabOne for NZ$17.5m. The GrabOne marketplace has more than 2,400 active merchants, and 300,000 members.

How convenient. The grocery delivery war is certainly heating up. Woolworths cemented a partnership with Uber to offer one-hour deliveries (a formalisation of the service it trialled in 2020). Geezy Go launched in Sydney, offering sub 20 minute delivery. And Send, which just started operating in Melbourne and Sydney, raised $3m from international investors.

If you read last week’s newsletter (The start of Aussie’s grocery delivery wars?), you probably think we have a crystal ball. You’re not wrong.

Little Birdie launched with a bang. Little Birdie (founded by Catch alumni) wants to become “the homepage of shopping.” The site, which holds pricing data for about 70 million products, helps customers seek out the lowest prices by providing detailed data on how an item has been priced at different stores and by offering exclusive discounts.

You want wine with that? Hospitality food wholesale marketplace, FoodByUs, announced it is expanding into alcohol after closing several big liquor industry partnerships. The marketplace was cofounded by Menulog alumni, and originally started life as a sharing economy platform connecting home cooks with members of the community.

MyDeal’s gross sales were up 111% to $218.1m, revenue increased 150% to $38.3m and gross profit up 119% to $33.3m. It reported a $4m EBITDA loss, citing investment in customer acquisition and its newer private label business. Q4 FY21 private label sales accounted for 5.2% of gross sales. It’s a big margin expansion opportunity.

Zip’s revenue increased 150% to $403m. Net margin as a % of underlying sales was down 0.3pp to 3.5%. Thanks to its aggressive acquisition activity and the purchase of US BNPL QuadPay last August, losses stretched to $653m. It also announced it will takeover of South African BNPL firm Payflex.

Seer raised $34m from Cochlear, EWM Group, SG Hiscock and Giant Leap. The company’s home-based epilepsy diagnostic service uses devices that monitor physiological signals (e.g. brain, heart and respiratory function) and behaviour to differentiate epilepsy from other conditions such as cardiac, sleep or psychological disorders. Its systems have been used to monitor over 7600 Australians, saving the health system over $100m and 140 years of bed-time. It plans to expand into the sleep and cardiac diagnosis space.

Quantum Brilliance raised $13m co-led by a consortium of Main Sequence and the founder of QxBranch. The startup aims to commercialise quantum accelerators the size of a lunchbox with over 50 qubits by 2025.

Quantum Brilliance uses synthetic diamonds to build quantum accelerators that do not require the near absolute zero temperature or complex laser systems that give other quantum computers a large physical footprint.

The smaller accelerators have the potential to accelerate the adoption of quantum applications by bringing the technology to a wider range of industries.

ezyCollect raised $6.2m at a rumoured EV of $38.4m in a pre-IPO raise. The account receivable management software helps around 1,000 customers manage more than $11 billion of receivables. Its ARR is approx. $4m.

Nutromics raised $5.7m led by Artesian. Nutromics is developing biosensor technology integrated into a wearable smart patch (like a “lab-on-the-skin”) for remote patient monitoring and individualised antibiotic dosing. The real-time information about drug exposure in a patient informs dosing decisions, which can lead to better patient outcomes and a reduced burden on the healthcare system.

The Nutromics team shared their lessons learned from the raise process – nice. Some interesting data points for ya:

Oscer raised $5m led by Blackbird. According to research published by the Medical Journal of Australia, diagnostic errors occur in up to one in seven clinical encounters and more than 80% of diagnostic errors are preventable. To reduce these stats, Oscer is building a diagnostic support tool for doctors using automated transcription, coding and analysis of consults.

Pi.Exchange raised $2.75m. Pi.Exchange describes itself as an AI-as-a-Service provider – its AI engine offers a faster, simplified and more cost-effective way for companies to build and maintain AI. It is targeting the banking and retail to professional services sectors.

Jelix Ventures raised $15m for a new early stage fund to invest in up to 20-25 startups focused on software and deep tech. The fund has already made its first investments in FL0, Quantum Brilliance and Bitwise Ag. Founder and CEO Andrea Gardiner and team are amongst an increasing number of people who are changing the face of VC funding – “Over a third of our existing portfolio have a female founder, and over 20% of our fund investors are female.”

VCs want you to join their startups. It’s a war for talent out there, especially in the world of tech. VCs are trying to help a brother out with jobs boards, talent networks and fellowships. This week AfterWork launched a new talent network. Blackbird did the same a few months ago. Innovation Bay (not a VC, but Jelix’s Investment Partner, Ian Gardiner, is a cofounder of Innovation Bay) recently launched a job board and are hosting a talent and team building mini series. Here’s a handy link to all the job boards.

OnlyCorn returns (replace C with P). Fear not OnlyFan lovers, the company has reversed its stance from last week to ban sexually explicit content, saying it received “assurances” from banking partners that it can support payments its creators (who, let’s be real, are mostly sex workers). PR stunt? The ban generated tons of headlines, and renewed interest in OnlyFans around the world – check out the “OnlyFans” google search trend below – that peak is the ban announcement.

In case you’re interested, here are the top Australian cities searching for OnlyFans:

Salesforce Q2 revenue grew 23% to $6.3bn. It expects to close the year out with $26.2 – $26.3bn in revenue. Only around 100 Salesforce employees are working in the company’s 61-story tower, San Francisco’s tallest building that has capacity for several thousand people.

Before we go… props to the growing list of businesses giving their team a paid day off or two to help reduce the pressures of lockdown (particularly with kids): Auror, AdoreBeauty, Carted, Linktree and CircleIn.

Heres a lockdown sport you can try:

this is my favorite sports highlight of the year pic.twitter.com/MFiUFhywKO