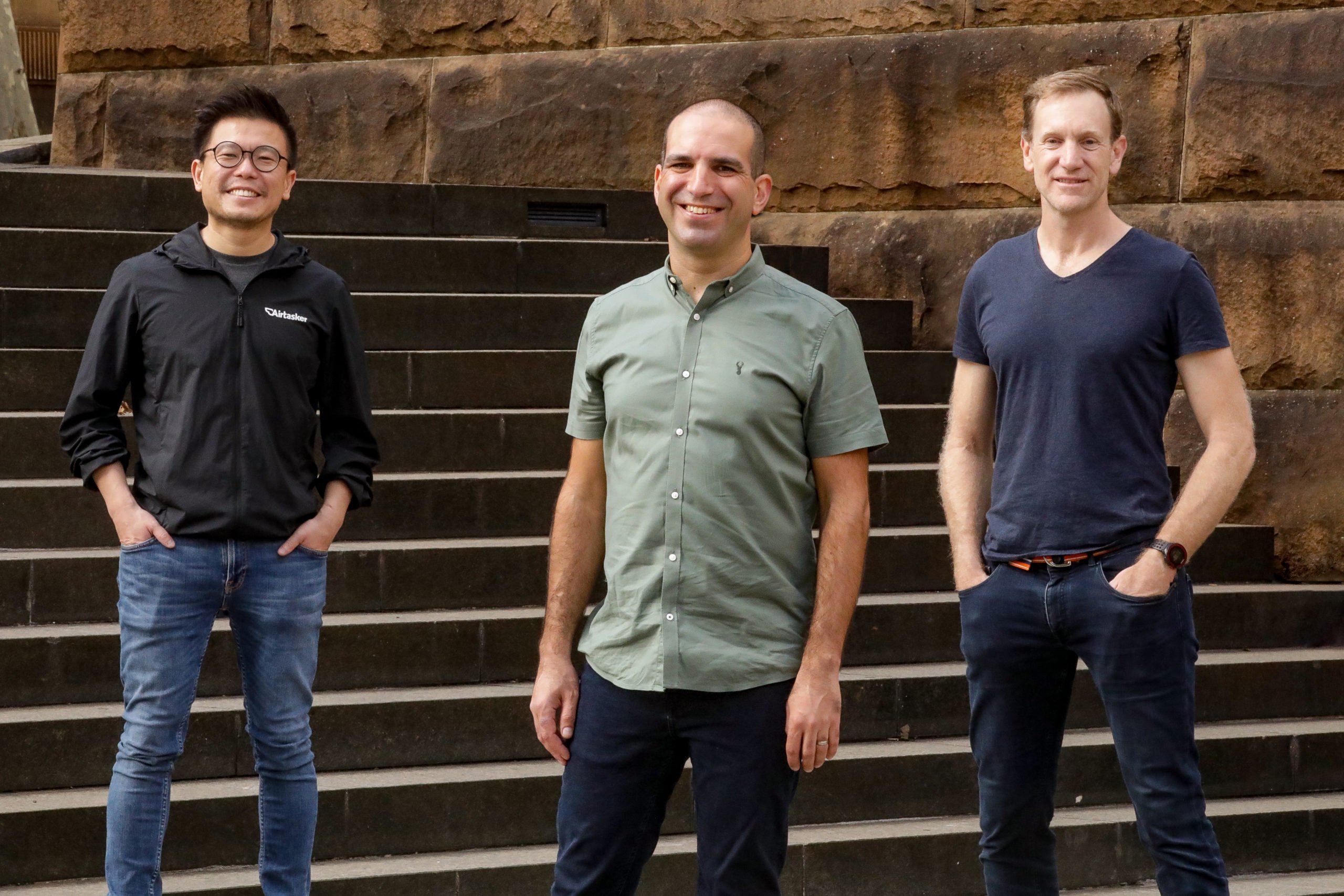 This was Airtasker’s first annual results season (it listed in March). Revenue was up 38% to $26.6m, which is $2.1m ahead of its prospectus forecast *clap, clap, clap.* Gross Marketplace Volume (GMV) was $153.1m, also ahead of its prospectus forecast ($143.7m) and up 35%. The company has 415,000 active customers. CEO Tim Fung described the year as “super awesome.” However the start of FY22 hasn’t been so rosy – the latest COVID-related lockdowns in Sydney, Melbourne and Adelaide had seen weekly GMV fall by around 12% in July compared to pre-lockdown.

Carsales revenue was up 8.4% to $427.2m. This was driven largely by strong international growth, particularly in South Korea and Brazil. Australian revenue grew just 2%. Net profit after tax $130.7m, up 9pc , the highest net profit growth since 2014. Its $US624m Trader Interactive acquisition, which should help Carsales build out its business in the US, is expected to close early next month.

Domain (which is majority owned by Nine Entertainment) grew revenue by 10.7% to $289.6m and net profit was $37.9m, up 66% year-on-year. Digital revenue from residential listings was the key driver behind Domain’s revenue growth – not surprising given the constant media reports of a hot property market.

Innovating for the innovators. The Australian pulled together an inaugural list of Australia’s Top 100 Innovators. On the front page and securing a six-page feature thanks to its ambitious 10 year vision, is Startmate. It wants to make the tech sector the number 1 contributor to the regional economy, with Startmate City at the core. It foresees Startmate City attracting hundreds of thousands of ambitious people and ambitious startups in one place:

Building a new city will allow us to introduce special rights, immigration laws, concessions to benefit early-stage experimentation and innovation. We will also increase the ease of founding, scaling and winding down business, fostering a culture of experimentation.

Until Startmate City finds a home, Startmate’s accelerator and fellowship programs are still going strong. Applications for The Startmate Women Fellowship – a two-month program helping ambitious women find their dream job in a startup. No previous startup experience required closed on the weekend. To date, they’ve seen 230 women through the program, with 70% now working in tech companies.

Quantum roadblocking. Quantum computing companies are attracting a record level of investment around the world. In the last 12 months, there have been 85+ deals resulting in over US$2.5bn invested. Well, that is, everywhere except Australia. Q-CTRL’s Michael Biercuk says our national security legislation is scaring off potential investors.

Recent changes require any foreign military investment in quantum technology to undergo a lengthy approval process by the Foreign Investment Review Board. The FIRB also “encourage[s]” all other overseas investment to do the same. In essence, cutting off the industry’s biggest funding source:

What [FIRB] doesn’t understand is that, in the US in particular, defence agencies are the No. 1 funder of basic [Australian] scientific research. It’s just the structure of the funding system.

The start of Aussie’s grocery delivery wars? Voly launched a 15 min grocery delivery service in Sydney. Uber Eats already offers this type of service but doesn’t guarantee speediness. If Europe is anything to go by, our big cities might start to see an explosion of grocery delivery startups. Turkey’s Getir, Germany’s Gorillas, Finland’s Wolt, Britain’s Dija and others have already raised over US$1.5bn this year, up from $687m in 2020. By contrast, in the US Instacart (which is preparing to IPO) has dominated the market, but its share is being eaten away by UberEats and DoorDash.

Watch out Nike. NZ founded Allbirds is launching a line of athletic gear made of merino wool and yarn created from the pulp of eucalyptus trees. It wants to reduce the industry’s longstanding reliance on polyester and other synthetic fibres.

Startups powered by Origin. Origin Energy is getting in on the corporate accelerator bandwagon (a few years late), with a new program called Originate.

Bendigo & Adelaide Bank is acquiring Ferocia for up to $116m. The Ferocia team are the makers of Bendigo’s ebanking and internet banking platform, as well as the much loved neobank, Up. In less than three years, Up has welcomed 400,000 customers and $840m in deposits. More than 30% of active Up customers are saving for a home loan. Bendigo provides loans. Synergies. Ferocia’s team will join the bank but continue to operate independently as a standalone division.

Linktree acquired Songlink/Odesli, an all-in-one link for musicians and podcasters. This is all part of Linktree’s plan to become the one-stop-shop for the three key pillars of music monetisation: touring, merchandise and streaming.

Its new Music Link feature enables artists to maximise their digital streaming footprint and helps their fans discover new music. Music promotion is a business close to the founders’ hearts:

“Before co-founding Linktree, my brother Anthony and I spent a lot of time helping artists grow their audiences and establish their digital presence, having come from three generations of family-run music businesses.”

Vively acquired Honee, valuing it at 2x revenue (whatever that may be). Honee is a wellness, beauty and fitness marketplace. The acquisition makes Vively “Australia’s largest wellness platform”, with 3 million annual users.

Vively is launching a personalised holistic health platform for people with chronic conditions. The platform will create personalised roadmaps to help people understand how to get better, and provide access to the practitioners they need to manage and prevent their condition over time.

While acquisitions come with challenges, [Vively cofounder] Veron said on a cost-per-user basis, it’s far cheaper than paying for growth through marketing.

Hireup raised $40m led by SEEK Investments. Hireup employs a team of support workers who help people living with disabilities. It now serves more than 10,000 people each year and is a registered NDIS provider.

Regrow raised $17m from Cargill, Microsoft. Regrow is the merger of crop science company FluroSat and US soil health startup Dagan. Regrow will use the funds to accelerate the global rollout of its Monitoring, Reporting and Verification (MRV) tool – the first and only system designed to customise, optimise and monetise carbon impact strategies across the entire supply chain, including buyers, sellers, producers and verifiers.

Hearables3D raised $1m led by Significant and Starfish Ventures. Hearables3D is transforming how custom-fit ear devices are made, using a smartphone to scan an ear to create a digital ear impression.

Packform is eyeing up an IPO. It operates a two-sided marketplace that connects businesses or dealers with packaging makers to speed up the procurement process, giving businesses the ability to source and design custom packaging themselves.

Over in venture capital land:

We love seeing NZ venture capital mature to the next level. Back when Bex was a lawyering lawyer, Global From Day1 (GD1) were one of the most active seed stage investors in NZ, but still considered a “micro VC”. Nearly a decade later and it has raised NZ$130m for Fund 3. Pow. Not so micro now.

Creators around the world

Tidying up its image. OnlyFans, which connects adult content creators with fans, will prohibit users from posting any sexually explicit content starting 1 October. However nudity in photos and videos will still be allowed if it’s consistent with the company’s policy. Sooo more Clayboy, less Cornhub (replace the Cs with a P – trying to avoid pesky email content filters).

OnlyFans said the changes would help it “comply with the requests of our banking partners and payout providers.” Plus, there are few investors who would want the brand association with OnlyFans. The site brought in US$383m last year (20% of $2b in total sales). That figure is expected to rise to $2.5bn in 2022.

So now someone rebuilds it on the blockchain and that’s how crypto payments go mainstream, right?

Metaverse phase 1. Facebook unveiled a new VR app called Horizon Workroom, which acts as a virtual office space where employees can collaborate. The social network is calling it a step toward building the metaverse. The critics love it and hate it:

It is “intended to be friendly,” but that Tesla is designing the robot at a “mechanical level” so that “you can run away from it, and most likely overpower it.” It will be five feet, eight inches tall, weigh 125 pounds, and have a screen for a face.

Wonder if they can parkour and backflip like this:

Meanwhile, the robots at Boston Dynamics got another software update.pic.twitter.com/gltqnjDpN7

25 years ago Microsoft released Internet Explorer 3.0, its first real salvo in the “Browser Wars”. This launch taught taught me how a giant corporation could move at the speed of a startup. Here’s the story: pic.twitter.com/ZEYcxYrUgI

#GabbinWithGav: ThisThurs 26 Aug (5-7pm), the fourth annual Top Tech Trends Debate (sponsored by the Vic Gov as a part of its Digital Innovation Futures Festival) is running an online panel pitching the next ‘big thing’ in emerging tech. Our very own Gavin is on the panel. What controversial ideas might he throw your way? You’ll have to get a ticket to find out. Get tickets here and use the extra special code IgnitionLane to get 30% off!