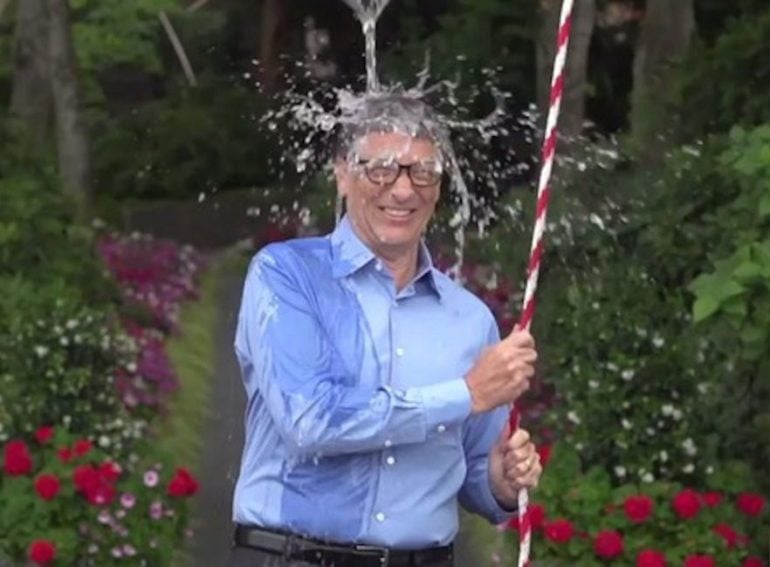 40 years after Bill Gates launched Microsoft, it's finally worth as much as his late rival's Steve Jobs' company.

Microsoft became a US$2Tr company this week, coinciding with its 40th birthday and the announcement of Windows 11 – its first major Windows update in years.

The only other company to achieve this status is Apple. Amazon is worth $1.74Tr and Alphabet—the subject of a somewhat scathing New York Times piece this week—a mere $1.67Tr.

As critics of Google’s Sundar Pichai’s leadership become louder (“paralyzing bureaucracy, a bias toward inaction and a fixation on public perception”), Satya Nadella’s fan club is growing. In fact, there is such confidence in Nadella that he has been appointed as Chairman, while still holding the CEO seat – an unusual governance move, particularly considering Microsoft’s size.

Under seven years of Satya Nadella’s reign, Microsoft’s share price has increased more than 600%. He has steered the company away from a stale, combative culture with a failing mobile strategy to become a collaborative, customer-focussed powerhouse. Nadella is playing a strong strategic game with:

Foresight and focus: Some of his first CEO moves were to give Windows away for free and drop the Nokia phone so that the business could focus on the big opportunities ahead in mobility and the cloud. Now Azure is on track to become Microsoft’s largest business and Office 365 (and Teams) became the lifeblood for over a million companies during the pandemic. Its cloud innovation is even extending to Xbox, where it is making big investments into cloud-native games – potentially bringing gaming to people who don’t have a high-end console or PC.

Placating politics: Microsoft has managed to largely avoid antitrust scrutiny. While Apple is facing critique and lawsuits over its 30% app store commission, Microsoft revealed its new Microsoft Store will give developers 100% of revenues from app sales other than games. The new Microsoft Store will also include Android apps that can run on Windows 11. “No abuse of power here, dear legislator.”

Openpay will acquire Payment Assist in a deal worth up to $52m. Payment Assist is a UK-based automotive BNPL that expects to target £105.3 million (A$194.7 million) total transaction value for CY21. The move could secure a significant foothold for BNPL Openpay in the UK and extend its reach into the automotive industry following last year’s exclusive 3 year deal with Pentana Solutions.

Sendle raised $45m led by Afterpay’s AP Ventures. Sendle serves the rocketing ecommerce market with carbon neutral delivery. It is growing fast in both Australia and the US. Sendle last raised $19m in August 2020.

Zeller announced a further $50m raise, led by US VC Spark Capital alongside Square Peg, Apex Capital Partners and Addition. The round values the fintech at $400m just weeks after its first product launch. Zeller aims to be a one-stop shop for businesses for accepting and making payments and managing finances with low cost payment terminals, merchant account, lending and credit cards (aiming to replace Tyro, Square & the banks). In the first six weeks, Zeller has secured 1,500 customers, plus a distribution deal with Officeworks (which we spotted in store this week). It has raised $81m in the last year, with this round closing just two months after Zeller’s $25m raise in March!

*Sound familiar? That’s the fourth week in a row of Perennial-related investment announcements – it invested in InstantScripts and Ento, and is rumoured to cornerstone Lumos Diagnostics’ upcoming IPO.

Go1 is a unicorn. “Spotify for corporate education” Go1 raised an undisclosed sum (rumoured to be over $70m), valuing the business at more than $1bn. Its platform, which now has more than 100,000 courses including from Harvard and Microsoft, saw a 500% increase in usage in its first seven weeks of the pandemic.

Judo Bank raised $174m. With a loan book of $3.3bn and a lending pipeline of $2.5bn, it is the third-largest bank lender to the SME sector in Australia by net lending growth. It last raised $284m six months ago.

Aussie logistics marketplace Loadshift has been acquired by ASX-listed Freelancer for $7.7m.

The Loops—backed by Tidal (investment notes)—came out of stealth mode and seeks to improve the customer support experience through observability (pulling together metrics, events, logs, etc to provide granular insights) for frontline teams.

UBCO raised US$10m (AU$13m) from investors including Taiwanese TPK holdings​, and Oregon-based Seven Peaks Ventures​. NZ-based UBCO produces tough and lightweight electric vehicles, including its 2×2 electric utility bike. Revenues are expected to increase from NZD$3m in 2020 to more than NZD$12m in 2022.

Mammoth valuations around the world:

Chinese IPOs in the US. SoftBank-backed Dingdong Maicai and Tencent-backed Missfresh, two major Chinese online grocery apps filed for US IPOs and are targeting valuations of $6bn and $3.8bn, respectively. Meanwhile, Chinese ride hailing company Didi Chuxing set a valuation target of over $60bn in its NYSE debut. It will be the biggest US share sale by a Chinese company since Alibaba raised $25bn in 2014 and could be the biggest US IPO this year. Softbank has a 22% stake.

Figma is worth $10bn after raising a further $200m. Figma is a collaborative design and prototyping tool taking the design world by storm. It last raised $50m at a $2bn valuation in April 2020.

Rumours Asian realestate marketplace PropertyGuru is merging with a Peter Thiel-backed SPAC worth $2.7 billion. REA Group holds between 16%-18% of PropertyGuru following a merger in May.

By Aussie VC Rampersand’s count, of the 137 startups with headquarters in Australia who raised a seed, series A, or series B in 2020, only 21% (29 companies) had “non-Anglo” founders and 11% had a woman founder. So unless you look like this, your chances of getting funding are somewhat slim:

Some exciting announcements this week by people who want change those stats:

Women-led funds & diversifying investors. Rachael Neumann (ex AWS, Eventbrite & Chair of StartupAus) and Kylie Frazer (capital raising/M&A lawyer) launched Flying Fox. The early stage firm is operating under a ‘rolling fund’ model, which has become popular in the US—over 50 are now listed on AngelList—as people question the traditional VC model. Rolling funds allow VCs to continue to raise money from their investors on a regular basis, rather than in million/billion dollar 10-year chunks. So rolling funds can accept smaller cheque sizes, which provides VC accessibility to a broader investor base. In turn, that should mean a more diverse group of founders get funded.

Increasing access to investors. Rampersand is coordinating “The Giant Warm intro” – an event for founders from underrepresented groups who have a difficult time getting a “warm intro” to Australia’s leading investors. You can ask them for advice, test your pitch, create connections or simply find out about the fundraising process — and maybe, you’ll even meet your next investors. Apply here.

Crypto is eating the world

The size of this fund speaks to the size of the opportunity before us: Crypto is not only the future of finance but, as with the Internet in the early days, is poised to transform all aspects of our lives

A flavour of the heat cooking in the crypto kitchen:

Securitize raised $48m led by Morgan Stanley and Blockchain Capital (which this week close a new $300m fund with backing from PayPal and Visa). Securitize has developed a blockchain-enabled platform for issuing, managing and trading digital asset securities.

Amber Group raised $100m at a $1bn valuation. Amber Group is a crypto trading platform for both institutional and individual investors. Its consumer-facing app has grown substantially, with over 100,000 registered users. Based on figures from January to April 2021, its annualised revenue is $500m.

Largest crypto scam in history. The founders of South Africa-based crypto investment platform Africrypt have vanished along with 69,000 bitcoins, worth more than AU$3bn. In April, the founders emailed investors saying the platform had been hacked and they needed to shutdown and freeze accounts. They claimed any police involvement would “only delay the recovery process.” Sounds legit. The founders then allegedly emptied the accounts and disappeared into the sunset.

?) of the founder of Canada’s biggest bitcoin exchange/ponzi scheme, QuadrigaCX.

aims to demystify and destigmatize mainstream narratives about Bitcoin, explain how institutions can and should embrace it, and raise awareness around areas of the network that need support.

Previous article Sydney, Blue Mountains, Central Coast, Wollongong in full lockdown until July 9
Next article Why now’s the time for Aussie and Kiwi techs to set up in the UK
Via Advice
Tags Gavin AppelIgnition LaneRebecca Eastwoodweekly wrap