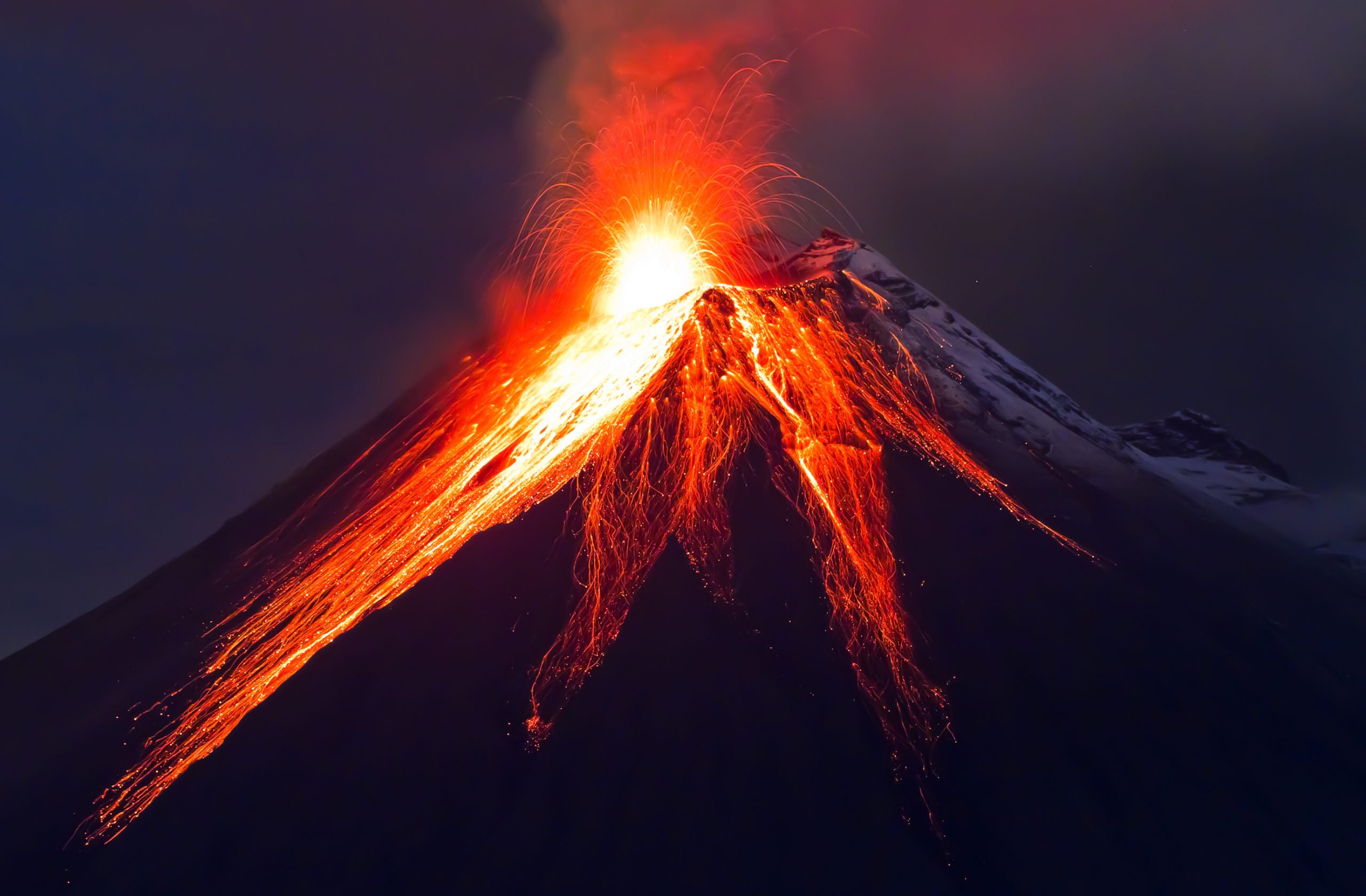 Airtasker, a marketplace for people needing jobs to be done, raised $83.7M at a 65c share price. Since listing on Tuesday (a day late thanks to an ASX technical glitch), its share price soared as high as $1.94, settling at $1.43 on Friday. Frenzied trading prompted the ASX to halt trading for two minutes, leading the AFR to speculate that it was “buoyed by Millennial day traders and their social media influencers.”

Speaking of day traders, Robinhood is gearing up to go public.

MadPaws, a marketplace that connects pet owners with sitters and walkers, raised $12M in its IPO and jumped 54% on the first day of trading.

The timing of these marketplace listings perfectly coincided with the release of Andreessen Horowitz’s 2021 Marketplace 100. Aussie’s own Envato made the list at #32. Here are the top 10 largest US marketplace private companies:

The trends show changes in the way we travel, shop and learn. The biggest growth categories, along with some Australian counterparts:

Airwallex raised another US$100M (AU$132M) at a $2.6B valuation. The new funding will be used for its US launch, to expand its payment coverage to new regions like the Middle East, Africa, Eastern Europe and Latin America, and to add more products, including physical cards. It is also hiring for more than 500 positions! SPAC rumours are abound.

Linktree raised US$45M (AU$59M), just a few months after raising a $10.7M round. The startup created the “link in bio” movement and now they’re gearing up to make the most of the social commerce opportunity that lies ahead. Quick stats: 12 million users and around 32,000 signups per day! Also hiring.

Baraja closed a AU$40M round. The lidar maker will use the funding to continue the deployment and development of its “unique and ingenious” imaging system.

Nourish Ingredients secured AU$11M to make animal-free fermented fat for use in the fake meat industry.

Tradify closed a NZ$10M round led by Movac. Tradify is “the fastest, simplest and easiest way to run a trade business.”

Xero acquired Tickstar for $22.9M, which provides e-invoicing infrastructure and expertise. We called it – they are on an acquisition spree!

Earned is being acquired by UK financial wellbeing platform Wagestream. Earnd is Australia’s largest on-demand pay provider, allowing workers to access their pay as it is earned.

ALIAVIA Ventures is a new VC based in California looking to invest in U.S and Australian based women founders. Only 2.3% of venture funding goes to women founded companies – yet when funded, they deliver 35% higher ROI than all male-led firms. Cofounded by two superstars Marisa Warren (ex SAP, Microsoft & Workday) and Kate Vale (ex Google, Spotify, YouTube Exec), we’re excited to see this get off the ground!

SecondQuarter Ventures closed a $51M round. As the name suggests, SecondQuarter is a secondary fund (buys equity from existing investors, employees or founders) that launched in September with a $30M fund. Since then they’ve acquired stakes in Equiem, ActivePipe and Blackbird’s first fund portfolio (including Canva, Safety Culture, Zoox, Culture Amp, Skedulo and Propellor Aero). This latest raise indicates there’s huge demand on both sides of the table.

ironSource is SPACing, which should see it valued at US$11B. Israel-founded ironSource is an app monetization platform that powers more than 87% of the top 100 mobile games – a market estimated to grow to $41 billion by 2025. ironSource is a solid business. In 2020 it achieved:

So that’s one example of a promising SPAC. But not all SPACs are created equal. WeWork is also pursuing a SPAC, looking to raise $1B after a $3.2B loss last year. For more SPACing chat join the Blackbird team on Clubhouse this Monday.

In the US of A

Ellevest hit $1B assets under management – a first for a woman-founded, woman-focused fund management firm. On average U.S. women have 32 cents to a white man’s dollar. This figure is drastically worse for black and brown women, who have just one cent by comparison. Ellevest is tackling this gender wealth gap with its online investment platform, banking, coaching and private wealth services. Ellevest’s investment algorithm is unique in that it takes into account women’s pay gaps, career breaks and longer average lifespans. A business on a similar mission in Australia is Verve Super – a Super fund tailored for women.

Hunting for a new home. Box and Discord are reportedly exploring sales. There are rumours Microsoft is the front runner to buy Discord for $10B+. Discord last raised $140M in December at a $7B valuation and in 2020 generated $130M in revenue (up from nearly $45M in 2019) – not that spectacular given it has more than 140M monthly active users. Box’s growth rate has declined since going public in 2015. Hedge fund investor Starboard Value is said to be putting pressure on the company pursue this avenue to create shareholder value.

VCs set new standards. In February Dispo, an app inspired by disposable cameras, raised a $20M Series A round led by Spark Capital after a beta version of its app went viral. Now just a few weeks later, in light of sexual assault allegations made against members of David Dobrik’s (YouTube prank star and Dispo cofounder) entourage, Spark is stepping down from the Board and cutting ties with the company. Early investors Seven Seven Six and Unshackled then announced they will donate any potential profits from investments to organisations working with survivors of sexual assault. Perhaps this signals a change in that VCs are starting to actively enforce anti-harassment policies. However wouldn’t it have been better if proper enquiry was made before the investors tipped their money in?

My DMs are (too) wide open. Slack wants to replace email. To that end, this week it released a new feature, “Slack Connect”, that allows you to DM anyone using Slack, even if they aren’t in your Slack group/org. i.e. it’s turning into another text platform. The product team spent months making sure the onboarding and interface made sense and was secure. Despite this effort, Slack immediately received user concerns that “the feature could potentially be used to send abusive or harassing messages,” and has quickly backtracked some of the features. Online violence is by no means a new problem—even the queen of comeback Tweets Chrissy Teigen abandoned Twitter and her 13.7M followers this week, citing extensive abuse and hatred—so it’s surprising Slack hadn’t factored this into its design.

ABC (always be closing). First Round Review’s content is always A++. But we particularly enjoyed this week’s feature – GTM lessons from Meka Asonye & friends at Stripe, Figma, Coda & more:

Diversity theatre. Great deep dive by Time explaining what subtle (and not-so-subtle) sexism and racism can look like within a seemingly progressive and diverse organisation – in this case, Pinterest, which paid a landmark $20M to settle a gender discrimination lawsuit in December.

Join us Tuesday morning on Clubhouse.

Previous article Canva: the next Amazon, but for printing
Next article Pets marketplace Mad Paws lists and Airtasker’s Tim Fung is in the thick of it again
Via Advice
Tags Gavin AppelIgnition LaneRebecca Eastwoodweekly wrap