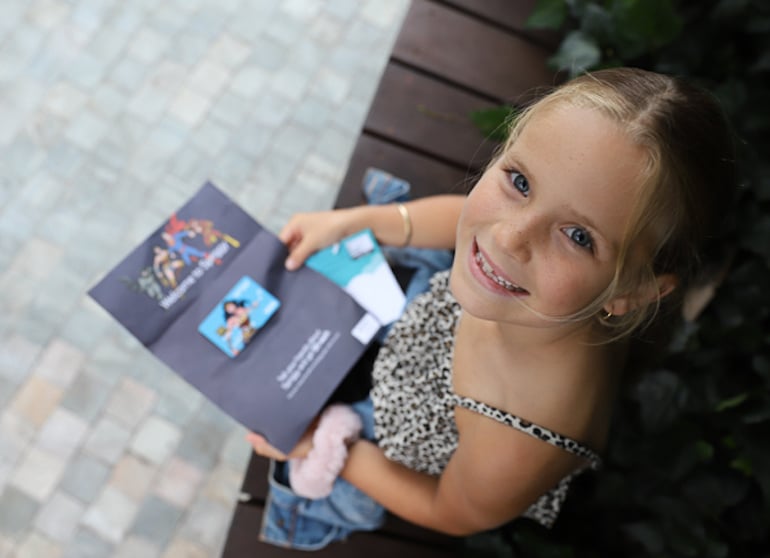 Births: Headphone startup Nura launched two new earbud models – the NuraTrue earbuds and its smallest, lowest-cost product to date, NuraBuds. The headphone market is tough, but Nura seem to be holding their own against the consumer electronics giants. Solid reviews so far.

Death (of a business relationship): New Aim retails and wholesales products ranging from bedding to furniture to ride on cars, and provides dropshipping services to businesses like Costco and Harvey Norman. It is one of Australia’s most successful ecommerce businesses – the company says it has delivered products to 40%+ of Australian residential addresses. In FY21 it sent more than 4 million items from its warehouses. It was ranked #205 in FT’s 2020 top high-growth APAC companies, and brought in $277m revenue and after-tax profit of $34m in FY20. That figure is expected to grow to $61m in FY21. The founders parted ways in April. Fung Lam bought out Werner Liu’s half of the business. The price tag? $101m. Sounds like someone got a good deal.

Unitec and GeneCrypt are partnering to protect DNA data with encryption software.

Eden Brew is partnering with NSW dairy cooperative Norco and the CSIRO to develop animal-free milk by using technology that creates casein micelles without the cow. It looks and functions just like cow’s milk, but is low allergenic, lactose-free and environmentally friendly. Alternative milks are a moo-ssive market – Oatly listed in May and is now worth over US$10b. This week NotCo, a Chile-based food tech company making plant-based milk and meat replacements, raised US$235m at a $1.5b valuation.

Time to celebrate! Wellington honoured its best businesses in this year’s Gold Awards. Fix & Fogg took out the supreme prize. Its nut butters, including *drool* Choc Berry Everything, Granola Butter, and Coffee and Maple Peanut Butter *drool* are taking off around the world, seeing it secure contracts with US Whole Foods and Woolies in Aus. CoGo won the innovation award for its app that helps consumers track their real-time carbon footprint through their spending and bank data. Farm Focus won the cyber award for its farm financial management software.

PsiQuantum raised US$450m at a US$3.15b valuation. Investors include Microsoft’s VC firm, M12, Ballie Gifford, Blackbird Ventures and Temasek, with BlackRock leading. Although the company is based in California, it deserves a spot on this local list because CEO and cofounder is Australian Jeremy O’Brien. PsiQuantum wants to build the world’s first commercially viable, fault-tolerant quantum computer.

Quantum 101: Quantum computers are like supercomputers on steroids. They use qubits (0 and 1) rather than bits (0 or 1) used by normal computers. That factor creates an exponential edge in computing power. Quantum computers are about to transform our world – they are the key to solving otherwise impossible problems that require large amounts of data, e.g. in healthcare, national security, aerospace, transport, energy, finance and climate.

PsiQuantum is special because it is solving for one of the most pressing issues that comes with having a magnitude more powerful computing: reducing the error rate.

Five Elms are one of the few firms that really get Digital Asset Management and the broader Martech space. They will be a great partner for us. I’ve known the Five Elms team since 2018. That pre-existing relationship made raising capital via Zoom during Covid a lot easier. It also means that since finalising the deal, we are already up and running and haven’t missed a beat.

Spriggy raised $35m from NAB Ventures, Grok Ventures and Perennial. Spriggy is a mobile app with a linked prepaid card that helps kids learn the concept of digital money. Spriggy gets Gav’s seal of approval, “If you’re looking to teach your kids financial literacy early, it’s a great product for managing pocket money and incentivising chores,” he says, quoting himself in his own newsletter. #NotAnAd

Carbar secured $50m in debt financing, as it gears up for growth, with a focus on electric vehicles. The car subscription investment vehicle is the first of its kind in Australia.

Uptick received investment from Accel-KKR (undisclosed amount – likely a decent figure as this is its fourth round and Accel-KKR don’t mess about). Uptick provides field-servicing software for building compliance. Its technology is used to maintain over 25% of Australian commercial and multi-storey residential buildings.

Ofload raised $3.8m from Danish shipping giant Maersk, Foundamental, Global Founders Capital and Flash Ventures. Ofload connects small and medium-sized carriers with shippers, enabling shipments to be delivered more quickly and affordably by taking up what would have been empty space in delivery vehicles.

Circle In raised $2.275m for its software that enables managers to better support employees through parenthood. Its customers include Medibank Private, Atlassian, Culture Amp, EY, GAP and Estee Lauder.

My Auto Shop raised from Trade Me for its mechanic marketplace.

Spaceship hit $1b in funds under management. Nearly 200,000 people have invested funds using the superannuation and investment platform.

Lighter Capital raised over US$100m in debt and equity led by Credit Suisse and i80 Group. Other Lighter Capital investors include NAB, Silicon Valley Bank, and Voyager Capital. Lighter Capital offers revenue-based financing, with a strong presence in Australia.

New Airwallex ecosystem VC. Airwallex’s cofounders are launching a fund (Capital 49) to invest in technology-enabled companies powered by Airwallex’s infrastructure. Capital 49 plans to raise US$200 million (A$270m) through the Airwallex founders and other investors.

TelstraVentures led a US$15.5m round in MGA reThought Insurance. reThought writes flood coverage for complex mid-tier commercial risks and high net worth properties and is also developing offerings for other perils, supported by a proprietary model convergence engine and high-definition risk data engine. How handy would a quantum computer be to predict weather?!

Tl;dr (quarterly results, year-on-year): Microsoft delivered its strongest quarterly revenue growth in years, up 21%. Alphabet reported whopping revenue growth of 62%, net income up 166%! Facebook’s revenue is up 56%, while Zucks is all-in on his metaverse vision that will require “very significant investment” for years to come. Every part of Apple’s business expanded, resulting in a 36% revenue increase. Amazon’s comparatively slowpoke growth of just 27% surprised a few analysts. Its profits nearly hit a new record at $7.8 billion.

Don’t expect these YoY growth rates to continue – most warn next quarter will slow.

In case you missed it: Combined mkt cap of FANGMAN (#Facebook, #Apple, #Netflix, #Google, #Microsoft, #Amazon, #Nvidia) has topped $10tn for the first time ever. pic.twitter.com/75SSDpboeA

“I expect people will transition from seeing us primarily as a social media company to seeing us as a metaverse company… What is the metaverse? It’s a virtual environment where you can be present with people in digital spaces. You can kind of think of this as an embodied internet that you’re inside of rather than just looking at.” – Zucks

Robinhood IPO’d raising $2.1b. It set its own share price at $38 – the low end of its range, seeing it list with a $32b market cap. But it closed the day down 8.37%. Why so bad? Potentially because of the way it structured the IPO. Usually the bulk of an IPO is allocated to institutional investors. Pops occur where there is unserved retail demand for the shares (scarcity tactics). But Robinhood reserved 35%—a sizeable chunk and one of the largest allocations ever given to retail investors —of the IPO for its own customers. No demand, no pop. Flop.

Chinese regulators = investors shaking in their boots. Regulatory crackdowns have caused a Chinese tech stock selloff in recent weeks, wiping out $1 trillion in market value. But public markets aren’t the only companies affected – startups are feeling the pinch too. While every other major market has seen a massive uplift in venture funding last quarter, China saw its second straight quarterly decline according to CBInsights.

Speaking of influencers… has LinkedInfluencing goes too far?