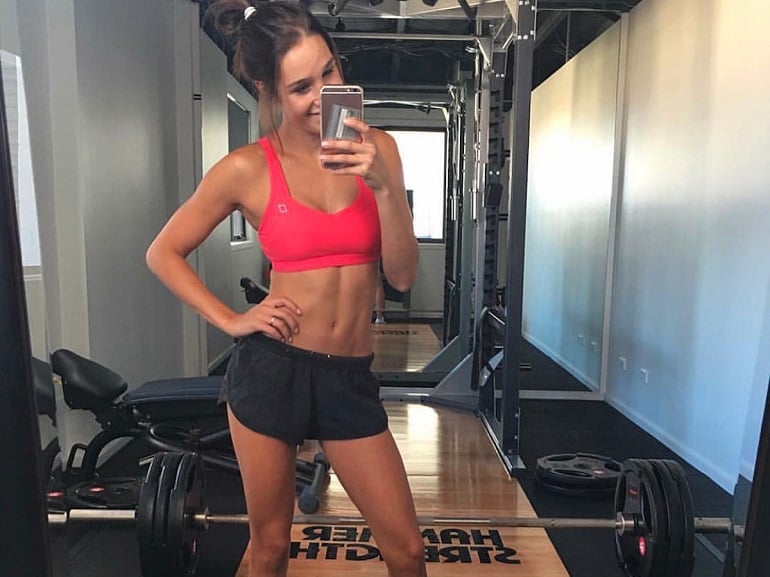 FinTechs around the world attracted US$33.7bn (up 191% YoY) last quarter according to CB Insights. That equals one in every $5 invested by VC.

Alex Bank was granted a restricted banking licence by Australia’s prudential regulator. With an $8m loan book, Alex Bank will offer personal loans of $2,000 – $30,000 for up to five years. It won’t take deposits yet. Its CEO and co-founder Simon Beitz commented to the AFR:

“We are just a digital bank, I don’t know what neobanks are. I think they are just people in T-shirts.”

TechLend launched bridging loans that let borrowers buy a house before they have sold their existing one. Customers can access between $250,000 and $3m for up to six months. It is interest-free for the first 90 days, but has a set-up cost from 1.99% for the initial three-month term. TechLend uses property data and credit reporting systems through open banking to offer customers same day pre-approval. The company also raised nearly $5m.

Volt acquired Australian Mortgage to improve efficiency for brokers and borrowers. The deal will see neobank Volt cut turnaround times for mortgage approvals from weeks to as little as 15 minutes.

BNPL under attack. Afterpay’s share price is down 14% this week, Zip down 16%, and US-listed Affirm down 11%. Why? It was revealed Apple is working on a BNPL service with Goldman Sachs as the lender – no credit check required, and some plans won’t have late fees. PayPal also switched on its BNPL offering in Australia, scrapping late fees and offering lower merchant prices.

SelfWealth is raising $10m. SelfWealth is one of the largest non-bank online brokers, offering flat fee share trading. It also announced that it will add cryptocurrencies by the end of the year.

Demyst raised $33m ahead of a potential ASX listing in early 2022. Demyst’s tools connect banks, insurers and FinTechs to external data, which can be used to optimise customer interactions, operations and create new products.

Study Loans secured a $50m debt facility from Alceon, plus $6m of equity from the Simonds family office and others. Study Loans provides loans for approved courses, with interest rates starting from 11.5% p.a. and calculated on a risk based pricing model that take the students financial situation and the chosen course.

Brian Hartzer became Chair at BeforePay (a BNPL) in the lead up to its IPO. Before joining BeforePay before its IPO, Hartzer was CEO at Westpac. He resigned in the wake of a huge money laundering and child exploitation scandal. BeforePay allows people to access upcoming wages with loans of up to $1,000, for which it charges a 5% fixed transaction fee.

The state of fundraising: like a bat out of hell

The first half of 2021 broke records with US$288bn invested in startups globally. Cheque sizes are getting bigger, setting higher and higher private market valuations. Compared to 2Q20, the number of US$100m+ mega-rounds nearly tripled, hitting an all-time high of 390.

Mega funds Tiger Global and SoftBank are driving much of this mega-round tsunami. They are the two largest investors when it comes to dollars invested in startups for 2021.

Two Tiger and SoftBank deals with sky-high valuations this week, for instance: Flipkart (an Indian e-commerce startup backed by Walmart) is now one of the world’s most valuable private technology companies after raising US$3.6bn at a post-money valuation of US$37.6b. Revolut (a UK neobank) became the UK’s biggest startup after raising nearly £600m at a £24bn valuation.

Big VCs are also significantly picking up the pace at which they deploy capital. Tiger averaged 1.3 deals a day in the second quarter with 81 deals in total, up 8x from a year ago. Andreessen Horowitz was the second-most-active with 64 deals (one of which was their first into Australia – Pyn), followed by Sequoia at 62 and Accel at 60.

VC and alternative financing activity is increasing here in ANZ too – albeit at much lower levels compared to the international mega funds.

This week NZ’s Icehouse Ventures announced a new NZ$75m fund. Dovetail is raising AU$10m for its first fund. Tractor Ventures fast tracked its timeline to raise a further AU$10m for its revenue-based financing offering. Our Innovation Fund upped its new fund raise target from AU$75m to AU$100m and brought forward the expected close date by several months. AirTree deployed a record AU$103m in the first half of 2021.

Another rising trend: more startups are bringing on investment bankers to broker Series A and B rounds. Previously this would have been seen as a sign of weakness on the founder’s part (if they’re a “good founder” they should have enough hustle to get in front of the right people). Now The Information reports:

They’re doing so in reaction to the record level of venture money available from nontraditional investors such as hedge funds, sovereign wealth funds and private equity funds, a development that has transformed the fundraising process.

So the startup fundraising landscape is clearly changing, fast. But that does leave us questioning, is this a good thing? And what impact will it have on our local startup ecosystem?

Sweat & iFIT. Kayla Itsines and Tobi Pearce sold Sweat to iFIT for $400m. Kayla Itsines is the world’s top fitness influencer. She rose to fame with her Bikini Body Guide – a 12-week workout program that quickly gained a cult following on social media. The Sweat app generated nearly $100 million in revenue last year. Itsines and Pearce will continue to lead the fitness platform from Adelaide.

Carsome says its integration with iCar Asia will create a marketplace that is targeting $1 billion in revenue for this year, with about 100,000 cars transacted annually, more than 460,000 live partner listings and over 13,000 car dealers in its network.

Great Question raised US$2.5m. Great Question, cofounded by Aussie Ned Dwyer (based in the US, sold his previous startup Elto to GoDaddy in 2015), wants to make building and talking to customer research panels easier and accessible to all companies, no matter their size. We all know how important it is to talk to customers. When was the last time you did?

Harvest B raised $4.2m to create a range of alternative proteins for use by plant-based meat manufacturers.

Eucalyptus (Normal) putting that new capital to good use with A+ marketing.

Omniscient Neurotechnology raised $40m. Its mission is to radically change the care of patients with brain disease by harnessing machine learning, big data, and connectomics (big data for the brain) to make personalised, precision neuroscience a reality. By connecting both anatomical and functional information with sophisticated data analytics, connectomics is helping researchers build comprehensive maps of the human brain to better understand cognition and neurological disorder.

Canva is reportedly raising at a US$30b valuation – double its valuation from April when it raised US$71m.

Crap SPAC. New SPAC filings are on the decline – down from 298 raising $83B in Q1 to 61 in Q2. In 2020, 254 SPAC filings raised $74B. SPACs might become even less popular after the SEC charged SPAC and merger target Momentus over false claims this week.

Momentus and Ex-CEO Mikhail Kokorich repeatedly told investors it had “successfully tested” its propulsion technology in space. In fact, its only in-space test failed. The company and Kokorich also misrepresented national security concerns that impeded Momentus from getting a license to operate (Kokorich is Russian). Momentus paid $7 million to settle, Stable Road (the acquisition company) paid $1 million, and Stable’s CEO Kabot paid $40,000. SEC Chair Gary Gensler said in a statement:

This case illustrates risks inherent to SPAC transactions, as those who stand to earn significant profits from a SPAC merger may conduct inadequate due diligence and mislead investors.

Frugal Google. Google is being charged with a historic €500m fine from the French Competition Authority (FCA) for failing to comply with an order to to negotiate payment terms for news publishers.

There are now 70 competition-related lawsuits or investigations underway against Apple, Amazon, Google and Facebook around the world.

Felon Musk? Elon Musk went to court to defend Tesla’s 2016 purchase of SolarCity. When Tesla bought SolarCity (founded by Musk’s cousins), the home-solar company was “in the midst of a liquidity crisis,” owing US$3bn. Musk owned 22% of SolarCity and Tesla at the time. Critics called it a bailout. If the court finds that Musk was a controlling shareholder and the deal process/price was unfair, he may have to personally reimburse Tesla for the $2.6bn acquisition.

we're removing Fleets on August 3, working on some new stuff

we're sorry or you're welcome

Some challenge inspo for everyone in lockdown:

A collection of me turning into random objects. pic.twitter.com/ValPdPNJIj