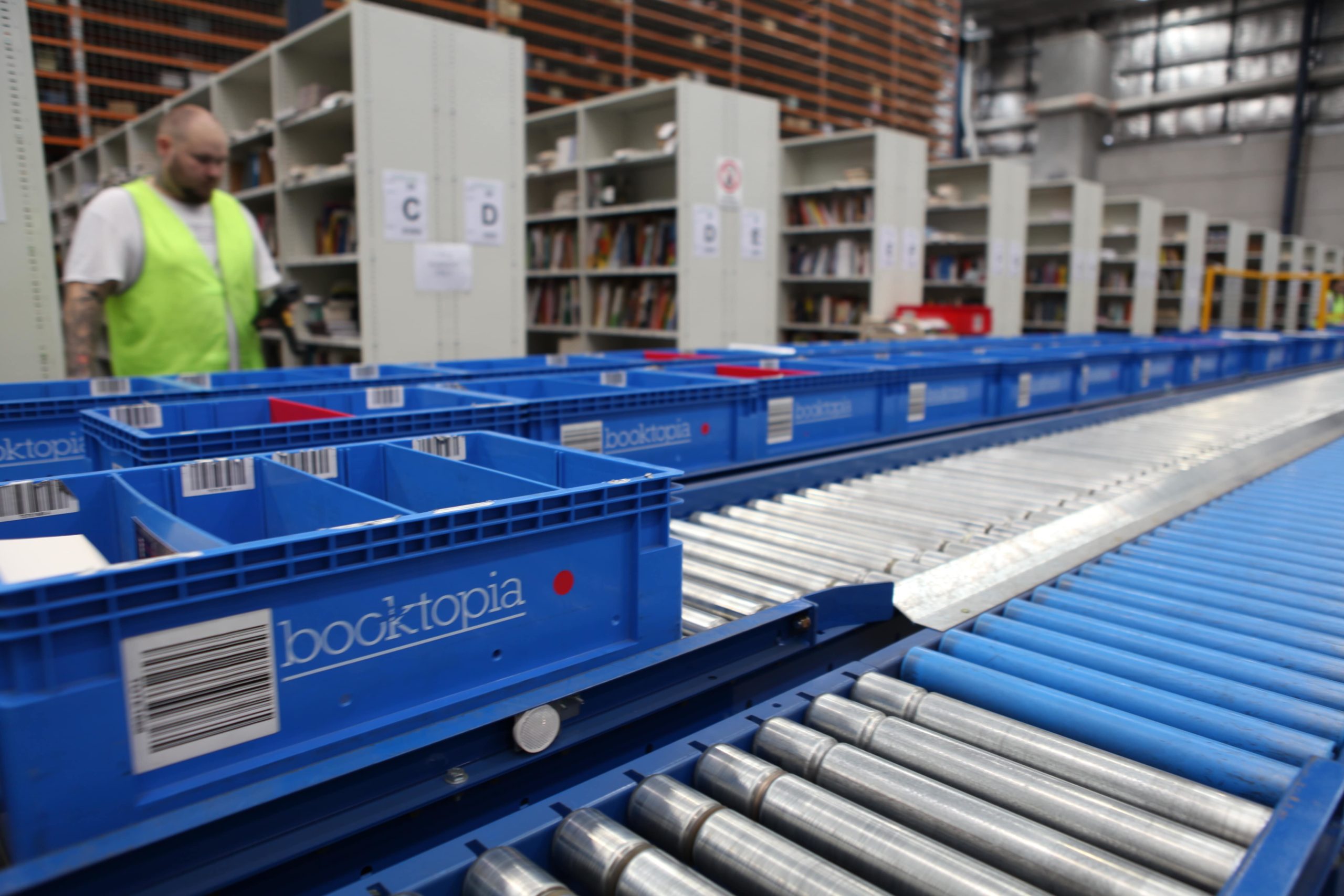 Image: Booktopia
Welcome to Ignition Lane’s Weekly Wrap, where they cut through the noise to bring you their favourite insights from the technology and startup world.

Not only has Cicada Innovations incubated over 100 startups, it has helped 300+ companies raise more than $450 million in venture capital and government grants, create hundreds of jobs, build local manufacturing capability, file more than 500 patents and trademarks, and launch more than 700+ innovations around the world.

That’s a significant contribution to the Australian economy.

In celebration of the anniversary, Cicada Innovations alumni have been featured on Startup Daily over the past few months. The fifth and final instalment landed this week – have a read (links below). Here’s a quick snapshot:

As a part of the anniversary, Cicada Innovations also commissioned a deep tech Economic Impact Report by Accenture. The report found that:

Our deep tech startup ecosystem is showing some signs of maturation, though.

Main Sequence Ventures manages the AU$240 million CSIRO Innovation Fund, which is intended to help improve the translation of Australian publicly-funded research into commercial outcomes and stimulate innovation in Australia. They’re currently raising Fund 2, which is expected to close this month (expressions here).

In the past three years, Main Sequence Ventures has invested in more than 20 companies across five investment themes:

Our larger VCs (Blackbird, AirTree and Square Peg) are busy making investments in deep tech, too. As are the next wave of multi-billionaires like Mike Cannon-Brookes’ Grok Ventures and Scott Farquhar & Kim Jackson’s Skip Capital, who are seeking to use their new found wealth to tackle the bigger challenges facing the world.

Accelerators such as Startmate and CyRise also provide an excellent opportunity for researchers to broaden their commercial knowledge and connect with ‘business’ cofounders and advisors.

Another deep tech supporter that has been around for over a decade is Tech23 – an event held each year that celebrates the latest in Australian innovation.

This year Tech23 are mixing it up and hosting some great virtual events: Tech23 Impact Circles (frequent webinars); an AI Conclave (11-12 Nov); Tech23 MATTER Investor Briefings (for investors wanting to build up their deep tech portfolios); and finally, the Tech23 Showcase 2020 – a hybrid one day event celebrating 23 deep tech gamechangers.

Success in deep tech requires significant long-term investment (because development is expensive and commercialisation takes a long time) and commercial smarts (because the potential application of the research is often broad, so pursuing the right commercial pathway is essential). We need more of both.

Spaceship hit 100,000 customers. That’s up from 85,000 in August. Spaceship is an online platform offering investment and super options aimed at people under 35 – designed to be simple, accessible and low-cost. According to recent reports, Spaceship outclassed its peers in terms of performance over a one-year and three-year period, delivering 11.9% p.a. and 12.3% p.a. respectively. It has come a long way from its teething problems just a couple of years ago. Amazing work.

Optus is making a play for “value-seeking customers”. This week it announced it will launch a digital-only offering, GOMO, and acquire MVNO amaysim for AU$250 million (subject to shareholder approval). Amaysim is the fifth-largest mobile services provider behind Telstra, TPG, Telecom and Optus – with nearly 1.2 million customers. Singtel (Optus’ parent) already operates the ‘GOMO’ brand in Singapore, the Philippines, Indonesia and Thailand.

Online retailer Booktopia is planning to list on the ASX in December with a market cap of nearly $315 million. The business lodged its prospectus this week and is hoping to raise $43.1 million. Booktopia has a 6% share of the Aussie book market, accounting for almost 15% of all online consumer book sales. This ain’t its first listing rodeo. In 2016 Booktopia sought to raise $40 million for an IPO that would have valued the company at more than $100 million, and last year it tried crowdfunding, both with no luck. But it’s 2020 and there’s never been a better time for anything tech or ecommerce-related to go public.

PARK announced a partnership with EA Sports and FIFA21 (the largest sports video game on the planet, with 30 million downloads in the first week). PARK is a soccer essentials ecommerce brand that creates products with social impact (activewear and football equipment). Between 31 October and 28 November, for every FIFA soccer pass shared on socials with #parkpassaball, PARK will pass (donate) a ball to a kid in need. In just 5 years PARK has grown from Australia to Europe, the USA and Japan. They’ve started over 1 million games of football, reached 26 countries, passed (donated) over 10,000 balls. PARK also has an active fundraising campaign on Birchal.

What’s in a pass? To celebrate PARK in FIFA21, you can now play it forward and start a game anywhere in the world. Between Oct 31 and Nov 28, for every pass shared on social with #parkpassaball, PARK will pass a ball to a kid in need. It can be a slick one-two, an accurate cross, or that killer through ball. Show the world the power of a pass. Follow @park_ssc to see how our game can change the world. #parkpassaball @park_ssc

Around the world (all in USD)

Twitter flagged more than a third of Trump’s tweets for misleading readers. Fake accounts and potentially dangerous groups are being taken down quickly.

Facebook shut down a 300,000-person group called “Stop the Steal,” which wanted to halt the ongoing vote-counting efforts, as a result of “worrying calls for violence from members of the group.”

Over on YouTube… Trump bought a homepage takeover on YouTube USA for the final three days of the election. It also allowed misinformation videos (claiming that Trump had won the election) to remain on the platform, including statements such as:

“It appears that Trump won by such a large margin, now they’re actually pumping out illegal ballots into the battleground states to actually beat him.” “Joe Biden didn’t campaign much — he’s senile, and is expected to be removed from office if elected.”

This is a great piece on how social media platforms have prepared for the election.

The highly anticipated float of Ant is on hold thanks to meddling Chinese regulators. Days before Ant was scheduled to raise $34.5 billion in the world’s largest initial public offering, China’s authorities released new proposals to rein in the fintech sector and called in the big guns (Jack Ma) for a talking-to. Ant then announced that its IPO in Hong Kong (where it planned to list concurrently) had been halted upon receiving a listing suspension notice from the Shanghai Stock Exchange.

Bentley is going electric. The luxurious carmaker will only produce plug-in hybrid and all-electric cars from 2026 and aims to drop all combustion engines in the next decade. Its parent VW has set a target to sell about one million electric cars per year by 2025. Meanwhile, self-driving vehicle startup Pony.ai just raised $267 million at a $5.3+ billion valuation.

Global blockbuster game Genshin Impact reportedly made $245 million during its first month, making it one of the biggest mobile game launches ever.

Nestlé acquired Freshly for $1.5 billion. Founded in 2015, Freshly is a New York City-based startup that offers healthy meals delivered to your home in weekly orders, which can then be prepared in a few minutes in a microwave or oven. Freshly ships more than 1 million meals per week across 48 states, with forecasted sales of $430 million for 2020. To date Freshly has raised $107 million from investors, including from Nestlé itself, which led the Series C in 2017.

Y Combinator is launching a new Startup School for founders of the future. The course starts on 9 November and runs for 6 weeks. Sign up here.

This week marks 20 years of continuous human presence in Space. The first expedition arrived at the International Space Station, which orbits about 250 miles above our planet, on 2 November 2000.

On Nov. 2, 2000, Expedition 1 arrived at the @Space_Station. Our orbiting laboratory has been continuously inhabited ever since: over 240 humans from 19 countries have visited, carrying out over 3,000 @ISS_Research investigations: https://t.co/M79yOYokLt #SpaceStation20th pic.twitter.com/eDyMEszK2t

SaaS² – Sales as a Science

Shameless plug: Don’t miss our upcoming Blackbird Giants webinar session – ‘Sales as a Science’. Our very own sales master Nikki Brown will be sharing her secrets on how to get a sales machine humming.

We highly recommend this session for any founder (current or aspiring) / business leader wrangling unpredictable revenue or feeling overwhelmed at the thought of sales.

Tues 24 November, 8am. Register for free here. Sales as a Science – it’s the new SaaS!

Watch Gavin live on AusBiz at 2pm on Mondays, when he opens the Startup Hour of Power.