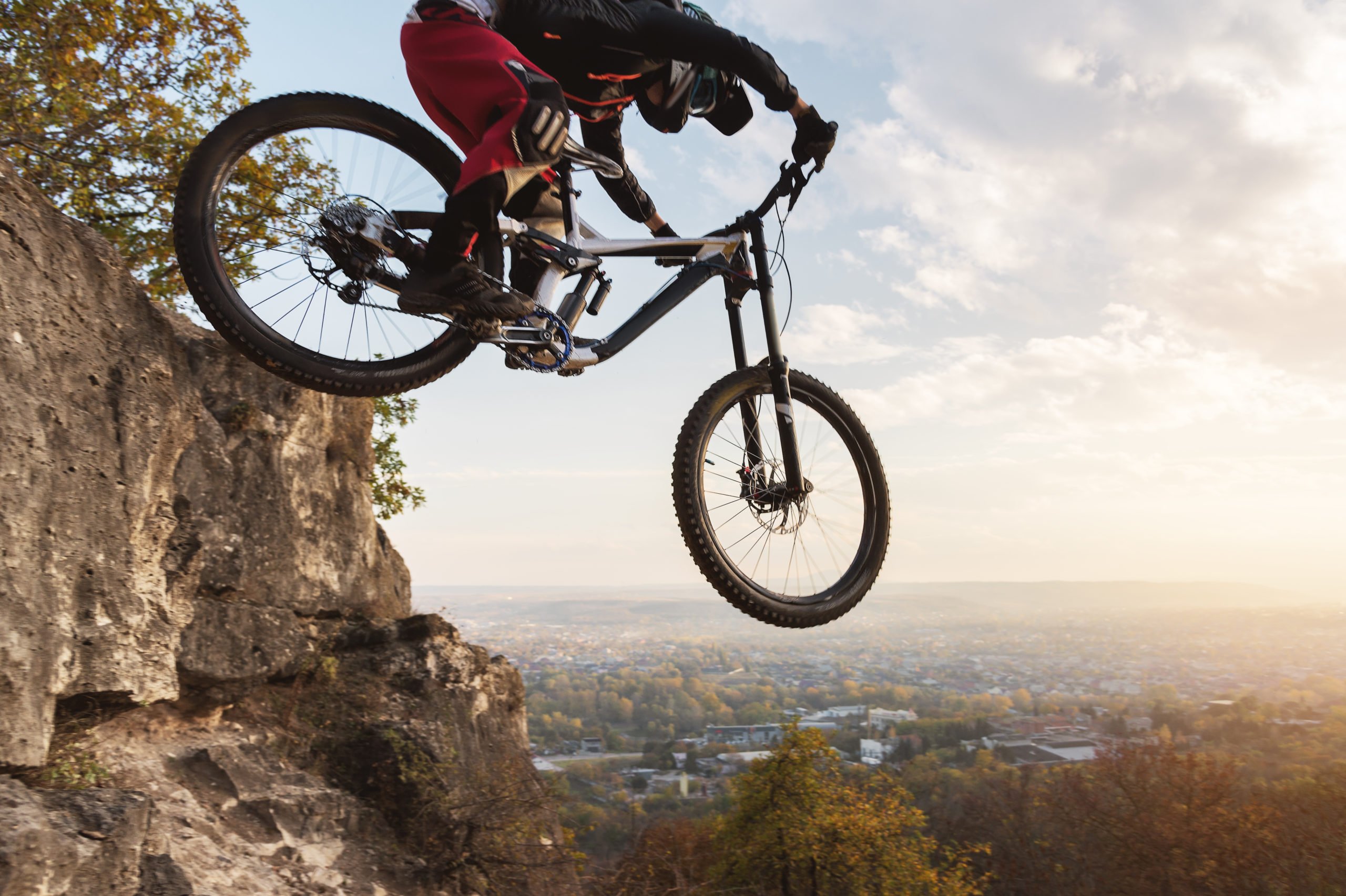 One Aussie startup to rule them all. Canva raised US$71M at a $15B valuation. The deal was finalised in November – just a few months after its $60M raise in June, when it was valued at $6B. Of course, underlying this massive valuation is strong growth. Canva now has 3 million paying customers and 55 million monthly active users bringing in projected revenue of US$500 million for 2021 – an increase of 130% YoY. Blackbird’s Niki Scevak tweeted:

This raise makes CEO Melanie Perkins and cofounder Cliff Obrecht self-made billionaires. And, as if you needed another reason to love Canva, the founders are looking into a foundation and ways to give away much of their wealth to causes like climate change and global inequality.

DocsCorp sold for AU$102M. Litera, a Chicago-based legal technology company is acquiring the Sydney-based document management software company. The deal delivers a 30% internal rate of return for investor Bailador. DocsCorp is popular with lawyers and accountants, with 500,000 users in 70 countries, including 2/3 of Europe’s top 20 law firms. Surprise, surprise, the company says most of these customers still prefer an on-prem rather than cloud solutions.

EML Payments is acquiring Sentenial for €70M (AU$109M) plus up to €40M (AU$62M) earn out. Two big Irish-Aussie mergers in one week! ASX-listed EML Payments has traditionally focussed on payment card tech solutions. Sentenial, and its Open Banking arm Nuapay, specialise in account-to-account transfers and processes €45B in payments annually.

Potentia Capital has taken a majority stake in NewBook, which makes property management and booking software, with a niche in caravan parks. As is common in private equity deals, founder Brad Illich will step down from his CEO role.

Good Empire hit its minimum crowdfunding target of $250k. Good Empire is Vinomofo cofounder André Eikmeier’s latest venture – a gamified product, that brings people and organisations together in challenges to take action and have impact toward the UN sustainable development goals.

The money or the bag?

Box’s buyback package. Rather than pursuing a sale as was rumoured last month, Box is raising $500M in convertible preferred stock (with a 3% dividend) from KKR so it can buy back shares in an attempt to appease activist shareholder Starboard Value. Messy. This won’t improve Box’s growth struggles. Aaron Levie is stepping down as Chair but remaining CEO.

VCs pounce on Plaid. Plaid raised $425M at $13.4B – nearly triple the price Visa was set to pay to acquire the company last year. The Plaid-Visa deal fell apart in January after regulators moved to block the transaction. Plaid specialises in connecting fintechs (eg Acorns, Venmo) to banks. Pandemic tailwinds have been kind to Plaid as “consumers have turned to fintech to help manage their financial lives at an accelerating pace” – it saw 60% customer growth in 2020.

Clubhouse plays Twitter. Clubhouse has been in talks with Twitter over a potential $4B acquisition deal – quadruple its January valuation. Instead it is now rumoured to be raising further capital. Is this the right move by Clubhouse? The answer partly depends on whether you think it is a feature or a standalone product. Stripe’s Patrick Collison argues Clubhouse is a product in the “Trough of Sorrow” (see below) in light of the “burgeoning creator economy”. Stripe is powering Clubhouse Payments – the company’s first monetisation effort that lets users send direct payments to other creators. Interestingly Clubhouse has decided not to charge a commission for these payments.

Extreeeeme growth. Cryptocurrency trading behemoth Coinbase released Q1 results ahead of its direct listing on 14 April. Its growth is nothing short of, as TechCrunch describes, “bonkers”:

Remember those figures compare growth over just one quarter, not a year. Coinbase is now expected to list at a valuation of $100B or more (by comparison, Facebook IPO’d in 2012 at a $104B valuation). That means some early employees with ESOP are in-line to make tens of millions of dollars, and Westpac’s Reinventure could 10x its $50M investment made in 2015.

2-year-old startup raised 2 unicorn rounds. In ONE day. D1 Capital and others invested $65M in Ramp, a Spend management startup, at $1.1 billion valuation. Later that day, Stripe led a $50M round at a $1.6B valuation. As you do. Excellent break down on how and why Ramp was able to pull off this feat – tl;dr: an exceptional engineering and product-driven company evidenced by velocity and trajectory.

I remember the simpler times circa 2020 when companies would wait a solid 2-3 months between rounds pic.twitter.com/f99l1RD0m9

Hard yakka. Slack’s Stewart Butterfield revealed Australia has been “harder to crack than some other markets” given our biggest enterprises are concentrated in conservative, slow moving industries, such as resource extraction or financial services.

LG phone home. LG is closing its smartphone business. Not much of a surprise – we haven’t seen an LG phone in the wild for years. However, don’t forget that in its heyday (2013), LG was the third largest phone manufacturer behind Apple and Samsung. But trouble started in 2015 when its most popular phones battled with bootloop faults, resulting in lots of bad press. To recoup its reputation and differentiate itself, LG went off-piste and started releasing innovative, headline-grabbing products such as the modular LG G5, the dual screen LG V50 and the swivelling LG Wing. But innovation is only as good as its execution, and LG’s gimmicks fell flat, resulting in a US$4.5B loss over six years. R.I.P.

Cloud security nerd-out time. Fully Homomorphic Encryption (FHE) allows computation on encrypted data without decrypting it. Essentially this means data can always remain secure and privacy protected, even as it is analysed and processed. It is key to improving cloud computing security and can unlock all sorts of new use cases in highly-regulated industries e.g. anonymously comparing health data, analysing confidential financial information or ensuring secure and transparent voting. Now, after more than as decade of development, IBM reckons it is “ready for clients to begin adopting [FHE] in a more widespread manner.”

Work from anywhere. UK fintech Revolut (valued at $5.5B) announced it will let its 2,000 employees work from a different country for two months a year. Google has also updated its WFH policy, but in the other direction – employees will be expected to be in the office for at least three days a week from September.

Wanna chip, bro? It’s nearly impossible to buy a PlayStation 5 or Xbox Series X at the moment. Why? We’re in the midst of a semiconductor chip shortage. But gaming isn’t the only industry affected. Vehicle manufacturers including Ford, GM, Suzuki and Hyundai have had to halt production; it’s impacting the rollout of 5G; and, even Apple isn’t immune – a new report in Nikkei found that MacBooks and iPad production has been delayed. Our consumption of chip-enabled products has been increasing every year. Meanwhile, the chipmaking industry has become smaller as tech companies and chipmakers outsource the actual manufacturing to other companies under a fabless model. Throw the pandemic into the mix—electronics demand went soaring, our vehicle purchasing habits went awry and factories temporarily shut down—and voilà, a chip famine.

Because every Wrap deserves a happy ending. The best Twitter thread we’ve seen in a while.