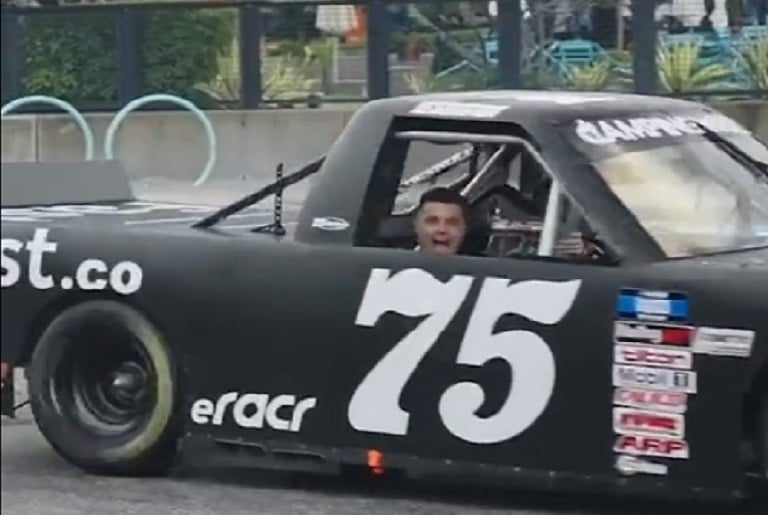 This wrap goes out free to subscribers on Saturdays. Don’t forget you can catch Gavin Appel every fortnight on the Startup Daily show on Ausbiz Mondays at 2pm (because of Anzac Day he’s on this Tuesday). If you miss it, you can catch up on the week’s shows here.

Mega Marketplaces. Envato made Andreessen Horowitz’s Marketplace 100 for the third year in a row. At #38, Envato is the only Aussie company to make the list of the largest private consumer-facing marketplaces.

As a result of the “covid bounceback,” Ticketing/Experience, Food & Beverage, and Education saw the most new entrants on the A16Z list. It’s also a trend that Aussie homewares retail marketplace MyDeal spotted – recently launching a new activities and experiences marketplace, Amazed.com.

NFTs were “a huge and important part of the consumer marketplace story”, exploding in 2021. Locally, the AFL wants in on that action and has partnered with Animoca Brands to launch a new NFT marketplace featuring historic football moments and exclusive player access.

Fail Fast. Fast, the one-stop checkout startup valued last year at over US$500m, sped to collapse earlier this month. Founded by Aussie Domm Holland (now based in SF), Fast originally set out to raise a round at a valuation of more than US$1bn, but investors soon balked at its metrics – Fast was burning through a whopping US$10m/month and producing less than $100k revenue per month. Here’s some more detail on what went down and first-hand insight into life at Fast.

Trouble in paradise. Global hotel booking site Trivago has been fined $45m for misleading customers that it provided “the best price” for rooms. Rather than showing the best deal, Trivago promoted hotels that paid it the biggest fees and often compared the price of a standard room against a luxury room at the same hotel to make it appear a “discount” was being applied.

Sizzlin’ Bunnings once again took out the top spot at Power Retail’s annual online retail awards. Bunnings was also the third Most Trusted Brand according to Roy Morgan in 2021.

Heads will roll. But it’s not all rosy in the Wesfarmers HQ. Despite the boom in online shopping, Catch.com’s EBIT loss grew to $44m in H1’22 and total revenue fell 4.3% to $315m. CEO Peter Sauerborn will resign and Wesfarmers’ data and digital head, Nicole Sheffield, will take over. Sauerborn had previously spent 10 years growing Amazon Marketplace – a place that had a very different culture to Catch in its pre-Wesfarmers heyday. In other Catch news, it also launched its first NSW fulfilment centre this week.

Firsts for Amazon. Amazon opened a robotics fulfilment centre in Western Sydney. The first of its kind in the Southern Hemisphere, the warehouse is the size of around 24 rugby fields and can house up to 20 million items. Meanwhile in the U.S., Amazon’s New York warehouse workers who are unhappy with working conditions voted to form a union – the first in Amazon’s 27-year history.

As evidenced by Fast’s collapse (see above), this market shift is creating winners and losers in the venture world.

Startups who were burning excessive amounts of cash and/or missing the mark on investors’ expectations are now downsizing in order to conserve cash. Others remain confident that there’s still plenty of dry powder available (provided your metrics stack up) and continue to hire at pace. For example, there are over 12,600 open positions on VC Andreessen Horowitz’s job site for its portfolio companies. The talent shortage ensues.

Australia seems to have bucked the cooling trend, for now. According to Cut Through Venture, Q1’22 was yet another record breaking quarter with local startups raising $3.6bn.

And our local VCs continue to raise sizeable funds:

Big funds on the raise circuit: Blackbird is raising around $1bn split across three funds. Square Peg is raising US$550m to focus on SaaS, consumer internet, fintech, health education and the future of work, plus web3 or crypto-enabled business models. OIF Ventures is raising $100m for its third fund and OneVentures is raising $150m for its second venture credit fund.

Canberra-founded Instaclustr has been acquired by NASDAQ-listed NetApp in a deal said to be worth over $500m. Instaclustr gives NetApp customers a way to install popular open source databases without dealing with the raw open source.

SafetyCulture acquired Aussie start-up SHEQSY, a lone worker safety app, for $6m. SHEQSY enables employers to monitor the movements and safety of workers as they complete tasks and raise alerts if an employee is deemed to be at risk.

Newsings from around the world

Didi downer. At its IPO last June Chinese ride-hailing Didi’s shares fetched $14. Today they’re selling for $2. Very soon, there may be no public market at all for the shares – it plans to hold a shareholder vote on 23 May to approve its delisting from the NYSE, following pressure from the Chinese government (who “warned” it not to list in the first place).

Fake news. The UK’s communications regulator Ofcom released a study revealing that, shock horror, people are terrible at spotting fake news and kids are savvy at hiding their online lives from parents:

Has the NFT mania passed or is Jack Dorsey just not cool? Last week Iranian crypto enthusiast Sina Estavi tried to sell an NFT of Jack Dorsey’s first-ever tweet for US$48m (he acquired it for US$2.9m last year). The top offer was just 0.09 ETH or around US$280.

Billionaire battles. Seemingly out of nowhere, Elon Musk bought 9.2% of Twitter, negotiated a seat on the board, declined that seat and now plans to buy the entire company for US$43.4bn. He’s even secured bank loans and bonds to fund most of the acquisition.

Totally Elon, ROFL. Anywho, elsewhere in billionaireland the Bezos v Musk space supremacy battle continues. This month Amazon signed a deal to take on SpaceX’s internet satellite constellation, Starlink. So now the pair are competing on rockets, satellite internet and who has the biggest… bank balance.

Calling all founders in Vic. Help tell the growth story of the Victorian Startup Ecosystem – complete the Startup Genome ecosystem survey with LaunchVic to help Victoria grow its talent and capital.

Watch Gav chat all things tech with Startup Daily at 2pm on Tuesday!