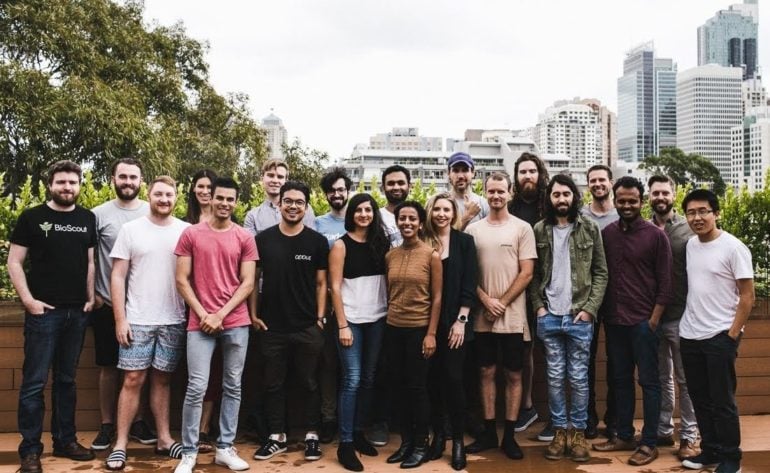 It’s not essential to have a co-founder, but like anything in life, it’s often easier when you have a second set of eyes, or someone to share the load, or whatever cliche you want to employ.

But you need to find the right co-founder, otherwise the relationship will probably cause more problems than it solves.

So, where do you find the perfect co-founder? What traits should early-stage founders look for?

I reached out to five founders in the Startmate family to get some insights. 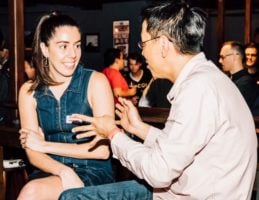 The pair met as part of a bigger co-founding team at another startup, before handing in their resignation letters on the same day, grabbing beers in a San Francisco bar, and deciding to start Propeller together.

The latter two recruited Alan for his marketing and music know-how, and the three have been co-founders and friends ever since.

Alexandra De Bonis co-founded Workyard with her brother Nic back in 2015.

The idea was born when Nic was renovating his house in preparation for his first child, and learnt his builder and carpenter were struggling to find subcontractors and get them on-site.

And finally, Mike and Tracie Thompson co-owned a consultancy for 15 years, which they sold in 2017.

They decided to give startup life a shot in 2018, turning a water meter Mike had been tinkering with into cyber-security startup HackHunter.

Here’s what all five had to say about finding the perfect co-founder.

Don’t do it alone

First up, we should probably address the elephant in the room. Do you even need a co-founder?

Well, my pool of interviewees are admittedly biased, but the answer is a resounding yes.

Alan agrees, telling me that people in the ideation phase reach out to him regularly, asking for advice. 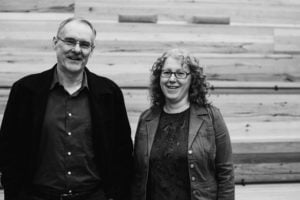 Mike and Tracie Thompson from HackHunter

He’ll say: “Tell me about it. Who are you doing it with? Who’s going to execute this part of your idea?” And they’ll reply: “I was just going to pay someone to do that.”

“They don’t realise you can’t just pay someone to do something and then expect them to walk away. Whatever you’ve paid them to do needs to grow with you,” Alan explains.

In addition to it being essential to have skills at your disposal so you can scale, Rory also points out that the journey is far more fun and far less lonely when you have someone to share it with.

“Francis stepped away from business, so I know first-hand how much harder it is without him,” Rory says.

Put a ring on it

One thing all five founders stressed was the importance of getting to know a potential co-founder.

Alan compares it to a marriage. “Before you tie the knot and really commit, you have a period where you date, then you move in together,” he says.

“I spend more time with my founders than I do with my partner. The founder relationship is almost just as important as that marriage relationship.

“So you’ve got to make sure you know those people really well. And that you’re both mature enough to overcome obstacles.”

Alex agrees, and advises early-stage founders to take the time to get it right.

You need to be able to “trust their opinion and the decisions they’re going to make,” she says. “You need to spend time forming a strong relationship with them.”

If I had to summarise all five founders’ advice in two words, I would say ‘complementary skills’. In fact, I looked back at my notes, did a cheeky ctrl-F search, and learnt those two words were said 32 times in total. So take notes, folks.

“You need to find people who don’t overlap with you. We are non-technical founders, the three of us,” Alan explains.

“Not having a technical co-founder has been really limiting for us. We’ve been able to work through it … but having that technical founder would probably have helped significantly.”

On the flip side, Rory and Francis are both technical founders, but that too created some problems, Rory explains.

The takeaway here is you need to look beyond the technical or non-technical binary, and find someone who complements both your hard and soft skills.

Because when you do find someone with skills that truly complement your own, Alex says the stars in the universe will have aligned and you’ll feel confident in taking the leap.

And, universal marvels aside, everything will be quicker and cheaper too.

“From a technical perspective, we did everything in-house. I designed all the screens and then Nick coded everything,” Alex explains.

“That definitely gave us a big advantage because we didn’t have to spend money on any of that. And we could move really rapidly, which is really the most important thing at that stage.”

“In the founder journey, you’re going to take risks. And those risks are going to be big,” Mike explains.

“It could be a mortgage, it could be the time and effort you’re putting in risking your relationship. There’s a lot going on the line here.

“If you don’t have a co-founder who can take the same risk, you end up with an imbalance, where one person goes all-in, and the other just puts their toe in the water and won’t go any further.

“If it’s just toeing-the-water stuff, they’re not going to be a good founder,” Mike says, so find yourself a partner ready to go all-in alongside you.

Take a peek into the future

“I think complementary skills is one thing, but trajectories is the other thing,” Rory tells me.

“Francis and I had complementary skills at first (software versus hardware), but over time, we were converging, I would say.”

For this reason, it’s important to find someone with a plan for the future that’s compatible with yours.

And what about your potential co-founder?

When Mike and Tracie sold their consulting business, for example, “it was a conscious decision that we were going to stay in business together, find a problem to solve that we were really inspired by, and to actually become a startup and to go down the route of getting external funding,” Tracie says.

“We could’ve retired. But we just looked at each other and went, ‘nah, fuck that for a joke’.

“We both had things we still hadn’t achieved. We wanted to challenge ourselves and put ourselves in a position where we could achieve that.”

This is the synergy early-stage founders need to look for.

* Bronte McHenry is outreach and events associate at Startmate