How Justin Dry turned wine into startup gold with Vinomofo 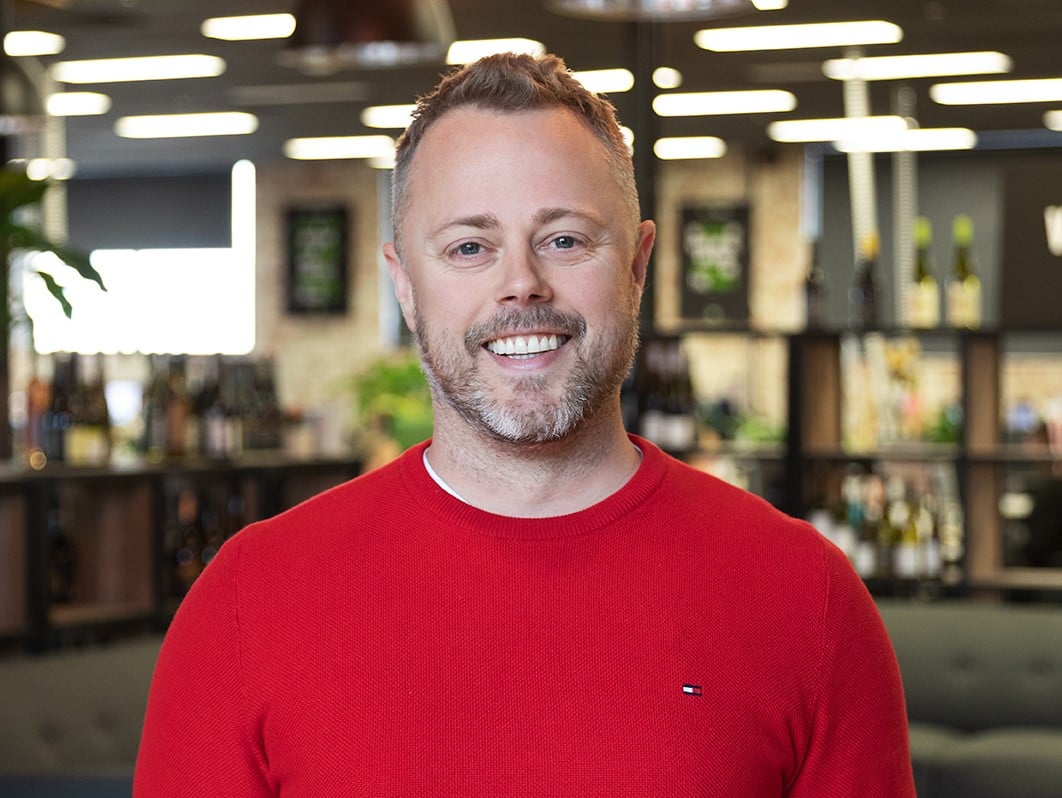 Australia’s not short of people selling you booze, but in the space between discounted goon bags, and Shakespearean prose about the glories of $800 bottles of famous red, it seems most retailers forgot that sharing a bottle of wine with friends is about fun and conviviality.

That’s where Vinomofo comes in and No. 6 on the Kochie’s Business Builders Power List, the online wine retailer’s CEO, Justin Dry.

Dry and Andre Eikmeier co-founded their smash hit startup in a garage in Adelaide in 2011.

As Dry recounts, it was a combination of that youthful enthusiasm and a belief that enjoying wine was more about fun than pontificating that led them to launch Vinomofo.

“We knew there was a better way for people to experience wine and that we could be the ones to deliver that,” Dry said.

“We just did us and that struck a chord with people like us who were passionate about wine but didn’t want all the bowties and BS that was traditionally associated with it.”

The way they tackled it stood out in a crowded market and grabbed the attention of a new online generation, although Dry confesses that “a little bit of ignorance as to how challenging the path was going to be also helped” make the brand a success.

The company says its mission is to: “Unite a tribe with our love of wine, food and adventure”.

A couple of key philosophies underpin the Vinomofo approach.

Firstly, it wants to back small winemakers producing great wines.

As Dry explains, supermarket-owned retailers, which sell the overwhelming majority of wines in Australia are focused more and more on homogenised, own-brand wines to maximise returns for shareholders, threatening the viability of good wines and potentially driving great producers out of business.

The company wants to give those passionate winemakers a spotlight and champion their work.

Secondly, the wines Vinomofo offers are carefully curated. Less than 5% of the wines they taste – and Dry concedes the company’s Melbourne HQ looks more like a wine bar than an office – actually make it onto the Vinomofo roster.

They look for wines that “stop you in your tracks and wines we know you’ll love”.

And surprising, Dry says, despite thousands of wines being produced in Australia “it doesn’t happen often”.

Eight years on, the business is now global, including Singapore and New Zealand, as well as Australia, with more than 500,000 “mofos”, as they’re known, as the customer base and more than $50 million in annual revenue. The business employs more than 100 people.

It’s certainly been an adventure, most notably, when the pair sold 70% of their startup to another online retailer, Catch of the Day, just a year after launching, hoping to scale quickly.

The excitement of being part of a larger, successful business was thrilling, but realising they were now a very small cog in a big wheel was soberingl. Vinomofo’s revenue in 2012 was around $4 million. Catch of the Day was turning over in excess of $200 million.

A year into the partnership, the pair realised they’d made a mistake.

“We realised our assumptions on audiences were a little wrong. We reasoned that if they had this many customers then we should appeal to this percentage of them and hence our growth rates will be this,” Dry said.

“We soon realised that there was very little crossover and that we needed to focus again on getting the product right at it’s core and let that do the bulk of the marketing for us.

“We also realised it feels different when you control the destiny of your baby as compared to being a minority stakeholder.”

Catch also had a different focus and Vinomofo wasn’t firing as they’d hoped.

So Dry and Eikmeier plucked up the courage to ask their majority owners if they could buy their business back.

As Dry recounts in the documentary film The New Hustle, they had “a really awkward conversation” with Catch of the Day co-founder Gabby Leibovich, saying they wanted out, but he got it.

Dry remembers staying up past midnight following the transfer, waiting for a sale. At 12.02am, $230 landed in the account.

“And then we realised we needed to sell another 20 thousand before we could afford the wages this week,” he recounts in The New Hustle.

Three years later in Vinomofo was setting new records in 2016, when a $25 million investment from Blue Sky Ventures became the single biggest funding round for an Australian tech startup without an overseas investor.

Last year the company came under increased scrutiny over its value after analysts began to question several investments made by Blue Sky, but Vinomofo has pressed on unperturbed, putting any doubts to bed.

Eikmeier left the business last year to focus on other ventures, but remains a shareholder and supporter and Dry credits him with being a vital part of the company’s rapid rise.

“Andre and I have very different skill sets, which was really beneficial in the early stages of building Vinomofo. We both focussed on what we did well which were very complementary,” he said.

Nowadays, with Dry as CEO, Vinomofo is looking to expand into the US and in discussions with potential partners.

And the pair have gone from seat-of-your-pants startup mode to building a sustainable business.

Culture is a big part of Vinomofo’s focus.

“When you are two people in the garage, you are the culture so it was very much based on who we were and what we believed in. However as you scale, culture quickly becomes bigger than its founders and you need to be very thoughtful as to how you build and manage it,” Dry said.

“The first step is to define exactly what it is you stand for and the type of culture you want to build. Then you have to document it and bring it into everything you do.

“Next it’s about awareness, which needs to be deep and wide within so you put it up on the walls, bring it into your meetings and communicate it openly and regularly. Then it’s about living it and addressing any issues as early as possible when they inevitably come up.

“Finally, it’s understanding that culture is an evolving thing and is never static so will move and change and any framework is just that, a framework that helps guide.”

So looking back on the eight years, what advice would Dry now give younger Justin at the beginning of the adventure?

“People are everything. Spend time finding great people because they are worth their weight in gold,” he said.

“You are not always going to get this right but when you realise you haven’t, deal with it as quickly as can.”

The thing that excites Dry about coming to work each day is his team and “the fact we’ve built a culture that is super-passionate and is always looking to challenge the way things are done in order to deliver a better wine experience for our mofos”.

But since this is a bloke who sells wine for a living, as well as a top 10 member of the Power List, we couldn’t resist asking him a bit about wine and his personal tastes.

Choosing a favourite wine is like “choosing your favourite child”, he says.

“But if I had to it would be a cool climate Chardonnay from somewhere like the Yarra Valley, Adelaide Hills or Tasmania or for red it would be a Pinot Noir from the same regions or I have a huge soft spot for Barolo – the Nebbiolo-based red wine from Northwest Italy,” he said.

And since a key part of the Mofo experience is making wine fun – and affordable –  does that mean you have to make it more seriously the more you pay for it?

“Our fun is not about being less passionate or enamoured with wine, it’s about not taking it so seriously that it gets in the way of enjoying the experience,” he said.

“There are still too many people who use wine knowledge as a way to feel more important than others, as opposed to be open, egoless and sharing this incredible thing called wine with the world. So our idea of having fun with wine doesn’t change based on price.

“Vinomofo is not an age or price point, it’s an attitude. Passionate, adventurous and fun. Inclusive, but not for everyone.”

Here’s cheers to that.

Justin Dry is number 6 on our KBB Power List as voted by you.