How Culture Amp is investing in building its own company culture 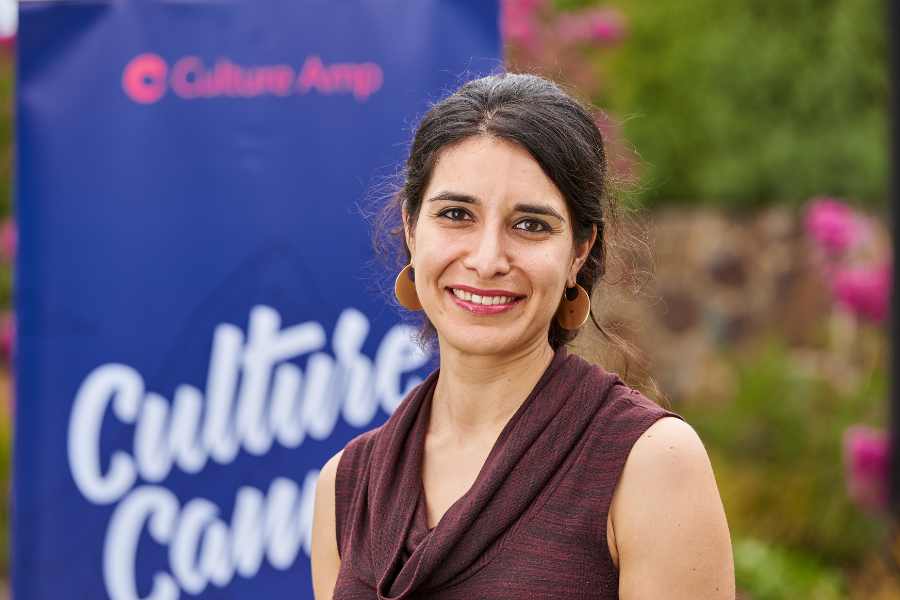 Culture is king, viral LinkedIn posts will tell you. Though ‘culture’ has been a buzzword in business circles for the last few years – particularly in the tech world – the tide seems to have shifted somewhat, and it’s now increasingly being taken seriously.

Helping organisations like Slack, Etsy, and McDonald’s develop their company culture is Australian startup Culture Amp, which is being guided in its own work by its chief people officer Golbie Kamarei.

Appointed to the role late last year, Kamarei found her way into the field while working at Wall Street asset management firm BlackRock.

Here she began a weekly mindfulness class for fun that soon grew to include over 1,500 employees across more than 30 cities.

“I had always wanted to be in an organisational behaviour or organisational development type of role, but I just didn’t quite have the courage to go for it straight away,” Kamarei explained.

“In the industries I was exposed to, it wasn’t necessarily as highly valued a function as it is right now.”

Slowly but surely, however, she found her way. Along with the mindfulness class, Kamarei also gained exposure to the value of the people and culture function through her role as vice president of the women’s network in BlackRock’s headquarter office.

“Those experiences made me realise how you can fundamentally change not only work culture, but also change people’s lives, if you invest in people programs,” she said.

This, Kamarei said, got her hooked, and she decided to take the leap and shift her career.

“Now I’m happy and willing to dedicate the next 50 years of my career to improving the culture of work.”

There is perhaps no better place for Kamarei to dedicate herself to this task than Culture Amp.

Founded by Didier Elzinga, Douglas English, Jon Williams, and Rod Hamilton in 2009, the startup describes itself as a ‘culture-first’ software company.

Born in Melbourne, the company now has hundreds of employees dotted around global offices and is primed to scale thanks to a $54 million Series D round raised last year.

The chief people officer role is a new one at Culture Amp and, given the company is selling the very idea of helping companies ameliorate their culture, a particularly crucial one.

Kamarei decided to take it on, she said, after spending a dozen hours in conversation with Elzinga over the course of a few weeks. They challenged each other’s thoughts, she said, and “nerded out” on various issues.

“What sealed the deal for me is that we have really similar ambitions about the change we want to see in the world, and that we are equally ambitious – and in fact, we egg each other on – about how much change in possible and how to reframe and disrupt people’s old beliefs about what’s possible in work/life culture,” Kamarei said.

“No matter how determined I was, he never seemed to flinch; it never seemed too ambitious. I thought, great, this is a courageous person who’s quite generous and creative as well, and with those three qualities we can do some amazing things together.”

Kamarei has taken on the role at a time when more organisations than ever before, from early-stage startups through to the world’s biggest corporates, are thinking about culture.

With that in mind, she said it’s key for Culture Amp to make sure it cuts through culture as a buzzword.

“We’re really trying to figure out the signal amidst some of the noise in the marketplace.”

For Kamarei in particular, Culture Amp’s work starts from within.

With 350 employees spread across five global offices, Kamarei has spent the last few months since taking on the role late last year travelling between offices, looking at how to best connect people and build a strong culture across an international organisation.

“Part of my joy is cross-pollinating the behaviours, artefacts, and symbols that make each office unique within Culture Amp,” she said.

The company has this year started to use the concept of ‘One Camp’ to refer to its global team, to reinforce the idea that no matter what team someone is on or what function they perform, everyone is still part of the same team, in the one camp.

To reinforce this message, Culture Amp made the decision to bring its entire workforce together in Melbourne for an experience it called ‘Culture Camp’, where they spent five days on activities and experiences that would allow them all to meet and relate to each other.

“We pulled people out of their normal, everyday work groups, across geographies, to cross pollinate ideas, to influence each other, and to keep solidifying this idea that no matter what happens, we’re one camp and that we all own our own success,” Kamarei explained.

Flying the whole team to Melbourne wasn’t a cheap endeavour, Kamarei admitted, but it was essential to ensure Culture Amp is leading by example.

“We had a thoughtful debate at the core executive level to decide whether this was the kind of investment we wanted to make, and ultimately, the decision far and away was yes,” Kamarei said.