Do your homework and stay nimble: the keys to setting up in China 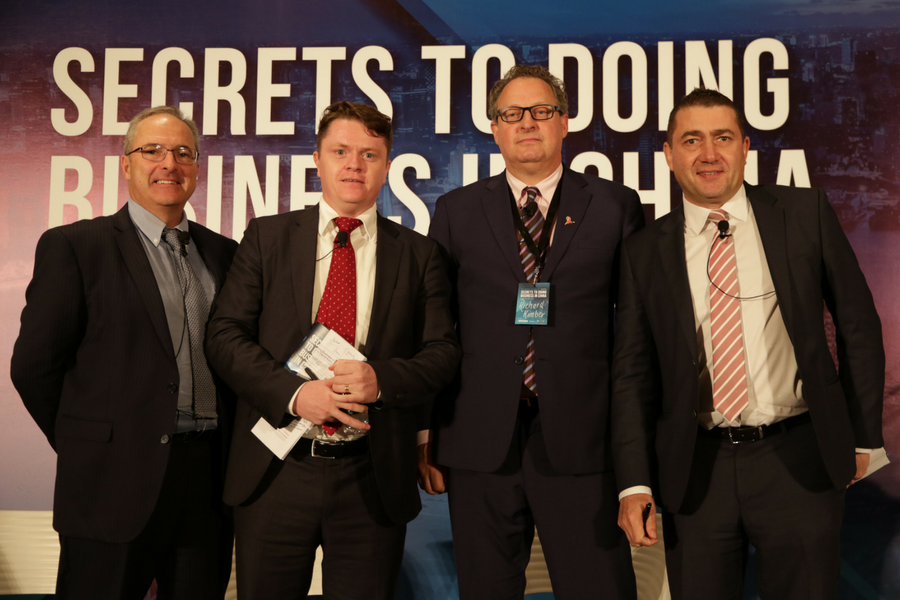 Setting up a business in Australia is not always an easy task, but it can pale in comparison to the process of setting up in China.

Talking through the basics at the Secrets to Doing Business in China conference in Shanghai last month were Chris Carr, partner at MinterEllison and chief representative of the firm’s Shanghai office; Richard Kimber, director at Norman Waterhouse Lawyers; and Justin Howden, executive manager, government affairs and industry development at Swisse.

Across the board – or panel – the key piece of advice was: do your homework. From partnerships to joint ventures and wholly foreign-owned enterprises (WFOE), researching how to structure your Chinese operation is vital, but even before that, researching where to set up is key.

It’s also important to keep the geography in mind when hiring people on the ground.

“You’ve got to remember China is 16 dialects and 21 provinces. I’ve seen time and again people say, we’ll set up here, then go and hire someone who’s from somewhere else, and they don’t realise that that person’s not a local,” Richard said.

“Relationships matter so much in whatever business you’re doing, so you’ve got to research who’s going to be your man on the ground, and make sure they’ve got the connections and the abilities for that part of the world.”

The relationship with the business back home is also key, Chris added. Does your point person in China properly understand your Australian business, and its culture and values? Similarly, if you’re sending an Australian staffer to China, who’s around them to support them and do they understand China?

The need to focus on getting everything set up properly from the get go is crucial, Justin said, because “this isn’t a market that suits a quick kill”.

“[China is not somewhere] where you can just turn up, do a quick transaction, make some money…it’s a very large market, it has very huge potential, and it really deserves research and homework.”

The panel admitted that the research and homework can be difficult, with the Chinese market changing rapidly from day to day.

As Justin pointed out, this is actually a global problem, with regulations across various industries changing faster than ever before as digital disruption takes hold.

“In a product lifecycle, things might have lasted for eight, 10, or 12 years, but now those same lifecycles are two to three years…[policy makers] used to be able to legislate and get 10-15 years out of a legislative framework, today it’s probably five years,” Justin explained.

“It’s something that every business needs to grapple with; it’s no longer about just having a regulatory affairs person somewhere putting things into an authority, you actually have to proactively manage regulatory affairs.”

While this may be a global phenomenon, it can often feel heightened in China, and not every business adapts to the pace.

Reflecting on his work in China, Chris said the biggest mistake he has seen businesses make is stand still.

“People come with their five year plan, or they might even be able to commit to a five year budget spend, but once they get a day in, China shifted since they were doing their plan, and they’re not prepared to be nimble, or their board or home office in Australia isn’t prepared to adjust and adapt and accept the reasoning for that adjustment,” Chris said.

“The regulatory framework in China is changing constantly…we get an inquiry a week on Chinese cybersecurity law, and I keep telling these businesses, because this is a new law what we say today may not be correct in six months time, because they will have given more guidance, they will have defined what some of these key terms actually mean. It’s about saying, this environment is changing rapidly and you’ve got to keep an eye on it.”

While there may be a lot to learn about doing business in China, the panelists said there is no shortage of resources to help – first off the bat, you can always rely on Australians.

Should you hit a rough patch, Justin said it all comes back to those relationships you started building when you first set off for China.

“The relationships you build proactively will be able to help you and hopefully minimise any impact of any crisis, and hopefully ameliorate any of the impacts that will cause,” he said.

“A problem shared is a problem solved, so talk to people that you know – if you don’t know them and the crisis happens, it’s a very lonely place, so try to get those relationships in place as early as you’re thinking of coming to China.”

Chris Carr, Justin Howden, and Richard Kimber were speakers at the Secrets to Doing Business in China conference, produced by Pinstripe Media. You can find out more about the conference here and listen to all the panels and keynotes here.