Hobart startup AirParents connects parents to help each other with childcare 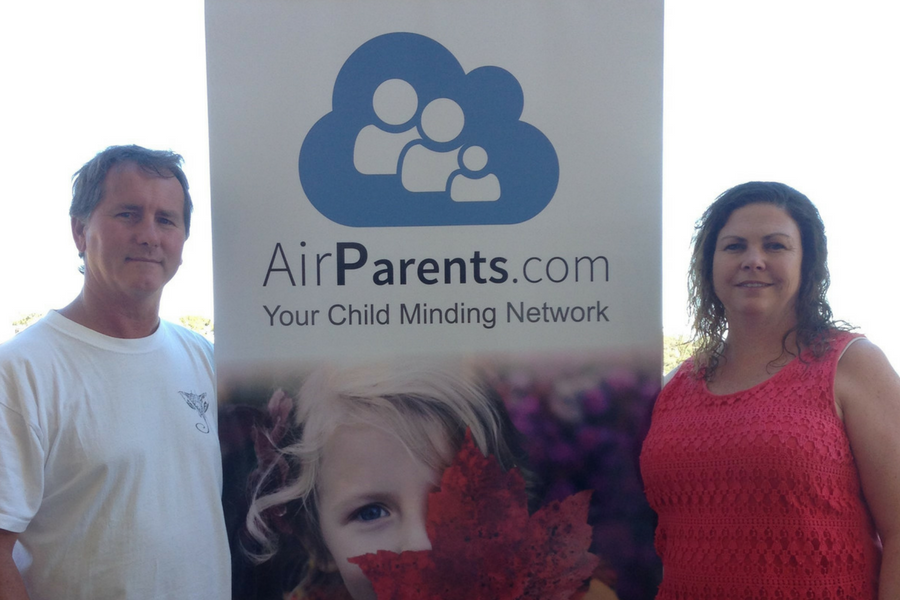 Like almost everything else, some aspects of parenting are being made easier by technology (some others are being made harder, like keeping tabs on what your kids are doing on the internet).

One of the big struggles for many parents centres on before- and after-school care; for those working jobs where making the school drop off and pick up at the regular time isn’t possible, a significant amount of money is put towards paying for care. To help parents is Hobart startup AirParents.

Founded by two couples, Therese and George Koning, and Guenther Draschkowitz and Jessica Wade, the AirParents app aims to make life a little easier for parents by connecting them to others in their local or school community who know how they feel and can lend a helping hand.

The idea came from personal experiences; both immigrant families without any family or well-established friendship networks, their struggles were particularly pronounced. With their children attending the same school, the couples got to know each other over a few years and, discussing the problem, came up with AirParents.

After signing up and creating a basic profile, a user can check out those nearby who are in need of school pickups or dropoffs or other childminding and offer to help by sending the other user a message. Given the nature of the service users are asking for – putting your children in someone else’s hands – the app looks to facilitate a conversation or meeting that can be taken offline rather than a transaction to be completed through the app.

“The app is designed to connect people together who need help and know they will need to reciprocate when it comes to dropping your children off at school and collecting them in the afternoons…by downloading the app it allows these parents to identify one another, connect and meet other parents who know that the objective is to help one another,” Koning explained.

“Once these parents, two or three or more have got to know one another, the options and potential is up to them, from date nights, to holiday care, babysitting and so on; it’s the catalyst to start a network, and as the kids get older people will leave and parents with younger kids will enter this space.”

Launched in mid-February, the startup is aimed in particular at working mothers with children in primary school who are living in the cities, dealing with a commute, traffic, and the cost of before- and after-school care, where the average fee of $20 or so a day can add up.

“In our research we also had input from mums discussing the guilt they felt at having their child at before- and after-school care as well as a full day of school, which in some cases meant the child was at school from 7.30 in the morning until the 6pm pickup,” Koning said.

The AirParents team sees no direct competitor, though there are of course a number of players operating in the childcare space, offering on-demand babysitters and other services.

“There was no app connecting parents with one another, so we see ourselves as been disruptive in this space,” Koning said.

The startup will look to implement a small subscription fee, around $1 or so, when it builds up a large userbase. It will be interesting to see how people use the app, whether they begin building up a network of other parents and guardians and move off AirParents or keep coming back to the app, and how a subscription model will fit.

Given many schools now have dedicated apps connecting them to parents – ensuring parents are kept abreast of school news, can quickly sign off permission slips and pay for excursions, and confirm their child is indeed home sick if they are marked absent at roll call, for example – it would also be interesting to see whether an AirParents-type feature can be incorporated to connect parents at a school with each other.

For now, the AirParents team is targeting parents and guardians in the major cities, looking in particular to those working part time or doing shift work.