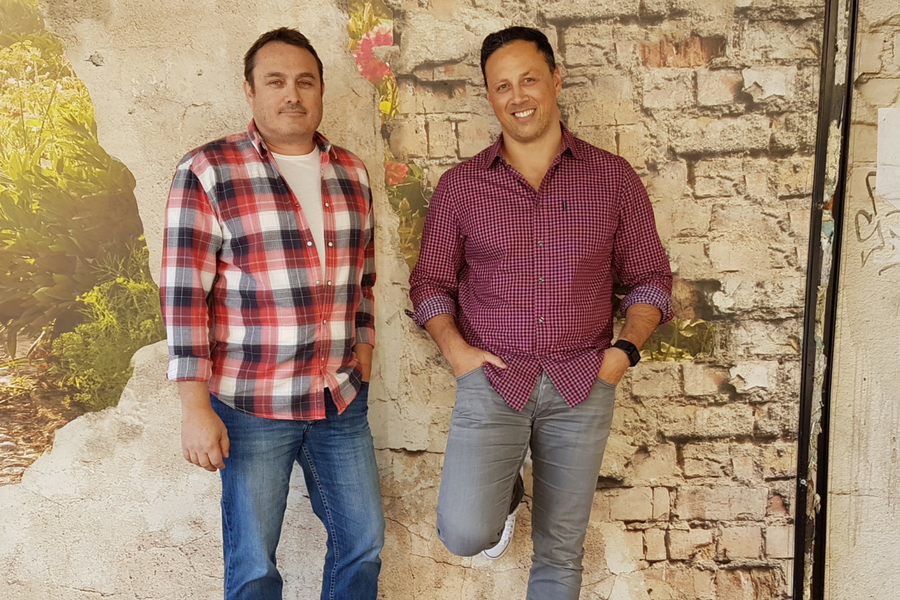 After a wild night out in the city, nothing beats being able to whip out your phone and quickly order your own personal driver to take you straight home to your front door. Ridesharing has rapidly evolved into a social norm over the last few years, as it’s become no longer frowned upon to be seen stepping inside a stranger’s vehicle, complete with dark tinted windows, at night.

While ridesharing industry leader Uber’s booming popularity has made it a household name and a favourite success story for budding entrepreneurs, recent news has shown the flip side of the coin.

Between claims of a sexist company culture and shady methods of overcoming regulatory hurdles, another issue putting the company in the spotlight is surge pricing, a problem which has, like the others, been floating in the background for some time.

A new player in the ridesharing place looking to tackle the issue of sure pricing to benefit both drivers and passengers is Hi Oscar.

The Perth-based startup wants to combine “all the thing drivers and users of rideshare apps want” into one app, offering a more transparent, fair marketplace that diverges from others’ less than stellar track record in terms of safety, dealing with sexual harassment, and surge pricing.

For those who haven’t heard of the issue before, surge pricing abuse, in essence, occurs when drivers forcibly create ‘surge areas’ – spaces which are subject to Uber’s higher multiplying surge fees.

These spaces traditionally emerge when an area holds a low number of drivers, a feature which can be abused when multiple drivers agree to switch their apps off and cheat the system into thinking there are none around, hence increasing the price for passengers.

Hi Oscar cofounder Daniel Broughton had come across the issue – along with a bundle of other problems rideshare drivers were facing – when he was conducting research for another project.

“People talk about things on forums where things like that are openly discussed,” he said.

“There are a lot of honest drivers out there that don’t like surge and won’t be part of it, but there is colluding from a driver’s perspective that I’ve heard about. It impacts riders too, since they’ll agree on a pickup zone yet when they call the driver, they might pull the pickup location inside a surge zone if they’re nearby it.”

To gain further insight into price surging abuse and the wider issues rideshare drivers face firsthand, Startup Daily spoke to Linda* – who spoke on the condition of anonymity – an Uber driver currently operating in Perth.

Linda began driving for the platform early last year, with the on-off style of the job fitting perfectly into her lifestyle. Although her time as a driver started out smoothly, she soon discovered “colluding” occurring between drivers to surge prices in areas around Perth.

“When I first started driving for Uber, they told me to go to the surge areas after I complained and told them I wasn’t making the amount I was told I would. I’d drive towards [surge areas] on my map, but they would fade out as I approach it. So the advice was then turn off your app as you’re approaching.”

Linda quickly discovered that some of her fellow drivers had been working together to make prices surge. Some drivers later approached her asking if she’d like to join in, to which she declined due to the ethical inappropriateness.

“It’s unfair to the riders where they’re put in the situation where they have to pay quadruple the amount to go home. I just do not go to surge areas now, and a lot of other drivers I know do the same,” she said.

Realising this, Broughton developed Hi Oscar’s system without surge prices, as a way to benefit passengers.

There are no extra charges for the different types of vehicles on the platform either, meaning riders don’t have to pay extra if they require a larger car for their travel.

Broughton did say, however, that the startup would examine the possibility of adding weekend fees in the future, although it’s not currently on the cards.

Also looking to empower riders with choice, the Hi Oscar app allows users to pick which driver they want by tapping on a car on the Google Maps interface. Cars are also coloured based on the driver’s gender, allowing riders to choose a driver they feel safest with.

This feature, in combination with a number of others, has pushed Linda to begin the transition from driving for Uber to driving for Hi Oscar.

“Occasionally as a female driver I’ve had to pull over and ask someone to exit the car for inappropriate behaviour and sexual interactions,” she said.

“[Then], at the end of the day, those riders can still rate you, and can rate you low, especially if you kick them out of the car. Then once that rating’s in there, it’s in the cogs and won’t go away.”

Addressing this rating problem and its impact on drivers, Hi Oscar has developed a rating system using “thumbs up, thumbs down”, to combat a few outlier ratings damaging a driver’s profile.

Yet, for Linda, one of the largest draws to Hi Oscar was the deduction of GST from each transaction, meaning drivers don’t have to pay their own tax on the side.

During her time at Uber, Linda said she had initially been told she would make between $45 to $50 an hour, making the paying of GST less of a financial burden, although she found that wasn’t the case.

“It was really $20 to $35 dollars an hour, without taking into consideration car lease, GST, and so on. They didn’t really mention GST either, you have to find out about it in a roundabout way,” she said.

Told by the company that their lawyers were working on tackling the legislation for rideshare drivers, Linda took the initiative in her own hands and received a ruling from the tax department for herself, saying that GST would be deducted out of Uber’s driver fees. Other drivers, however, are still subject to the current legislation.

“Uber hasn’t really tackled it since it has no real impact on them,” she said.

Coming across this problem in his research and discovering a lot of drivers were “unhappy”, Broughton ensured that Hi Oscar includes GST.

Of course, this means a slight increase in the cost of the ride to compensate for the amount deducted from the driver’s earnings. Although riders have to pay more, Broughton said he’s confident the platform will be able to draw customers away from other ridesharing competitors, especially if there’s a strong driver network backing Hi Oscar.

“The appetite in Australia is that most riders feel like fares are too cheap, in fact really low. [Plus] in this economy, people are choosing homegrown. People are supporting the boutique outlets even if they cost a little more,” he said.

Each driver that signs up must hold an omni-bus licence, as a way to ensure they’re covered in an accident.

The startup has been focusing on growing its driver network, with Broughton saying the business is onboarding 10 to 15 new drivers each week, many of which are moving from existing rideshare platforms.

As the next move for the business, Broughton said Hi Oscar will progress into the Northern Territory as it becomes more “legislated” by installing stricter safety rulings around rideshare drivers.

Beyond that, the startup wants to grow as “quickly as possible” while retaining its fundamental qualities, a task which Broughton acknowledged as tough, to say the least.

“Let’s be honest, it’s a David and Goliath story. We need all the feedback we can get, so it’s really encouraging when you get it and know you’re heading in the right direction. And I’m confident we can get there.”

*Linda is not the real name of the source contacted.