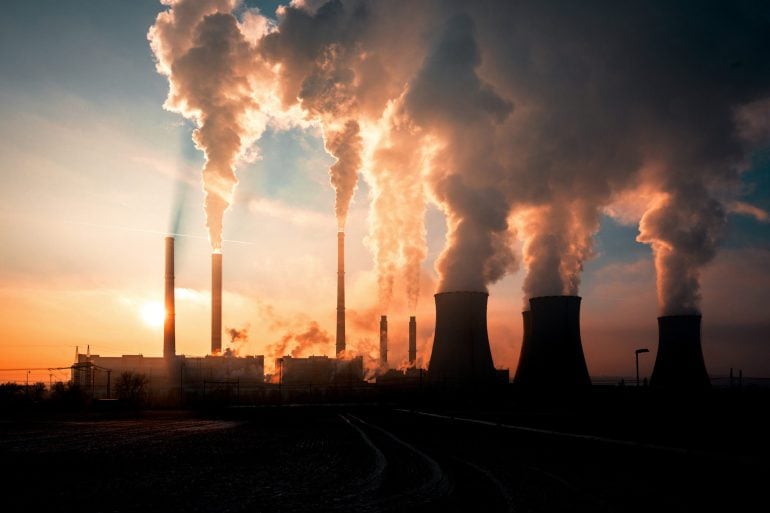 Two events in the past week mark a watershed for Australia’s electricity industry.

The first, on Thursday, was Origin Energy’s surprise announcement that it intends to close the mammoth Eraring power station in the NSW Hunter region in 2025, seven years earlier than previously advised.

Eraring is Australia’s largest coal-fired generator and supplies between a fifth and quarter of the electricity consumed in NSW.

The second, on Saturday, was a bid by a consortium led by Australian tech billionaire Mike Cannon-Brookes for AGL Energy.

AGL’s board has predictably knocked back the initial non-binding offer. But the transaction has some way to play out, and the share price has risen in expectation of a more attractive offer.

Serious negotiations will now begin. It would be surprising if they were drawn out.

After having pushed on the door for so long, those striving for rapid decarbonisation have suddenly found the door flung wide open.

What Cannon-Brookes would do

Cannon-Brookes has form when it comes to transforming power generation. In 2017 he challenged Tesla founder Elon Musk to build the world’s biggest battery in South Australia within 100 days and said he had “never been more happy to lose a bet” when it was built.

After spending as much as A$8 billion, his consortium would de-list AGL from the stock exchange and bring forward the planned closure of its coal-fired plants.

In partnership with the giant Canadian asset manager, Brookfield, Cannon-Brookes would spend as much as $20 billion on renewable power generation and storage.

AGL is Australia’s biggest greenhouse gas polluter, accounting for as much as 8% of Australia’s emissions. Cannon-Brookes says he would halve those emissions by 2030 and cut them to zero by 2035.

AGL is also a cultural icon. Originally called The Australian Gas Light Company and set up in 1837 by a NSW Act of Parliament before the advent of distributed electricity, it was the second company to list on what is now the Australian Securities Exchange.

One in every three Australian energy customers – about 4.5 million Australians – buy gas or electricity from AGL. It is by far Australia’s biggest energy supplier.

Those customers increasingly form its shareholder base. Australian superannuation funds are walking away on environmental concerns, while international institutional shareholders are edging away.

The bidders have indicated they will seek a way for existing shareholders to retain a share in what will become a privately owned company, if they wish to stay in.

AGL’s staff and unions will surely welcome new owners that promise a great deal of new investment to revitalise the company.

AGL bet big on coal, did well – then lost

For much of the past decade, AGL has pursued a strategy of becoming Australia’s dominant fossil-fuel generator despite its early recognition – by Australian standards – of the reality of global warming.

It bought Victoria’s largest coal-fired generator in 2012, just as the Australian government introduced a price on carbon emissions. Two years later, it bought the Bayswater and Liddell coal generation plants from the NSW government, just as the Commonwealth government disbanded the carbon price.

At first, this coal strategy worked well for shareholders. The AGL share price more than doubled to reach an all-time peak shortly after the competing Hazelwood coal-fired power station closed in April 2017.

Since then, it has been all downhill. By the end of 2021 the AGL share price was less than one-fifth of its 2017 peak.

AGL’s coal generators, once so highly prized, have become an albatross.

With a share register of older Australians desperate for a stable dividend, AGL lacks the capital or ambition needed to complete the transition more quickly.

Taken together with Origin Energy’s intention to close its Eraring power station as soon as possible, Cannon-Brookes’ and Brookfield’s bid to buy AGL brings clarity, at last, to the closure of coal generation in Australia.

Although another four coal generators would remain in NSW and Victoria after the Eraring and AGL closures, they are smaller and have less strategic significance.

That would leave a substantial portfolio of coal generation in Queensland, owned by the Queensland government, which will come under political pressure to develop an exit strategy.

The AGL and Origin developments put the ball squarely in the court of the NSW and Victorian governments. It will be up to them to facilitate the rapid development of enough wind and solar generation and storage to ensure the lights stay on and electricity remains affordable.

This is a completely different dynamic to one that has dominated the landscape for the last decade. The big coal generators have folded, are heading for the exit and want help getting their customers safely to shore as soon as possible.

The changes also provide an opportunity to breathe fresh air into Australia’s alphabet soup of energy regulators. Caught between the need to prepare for decarbonisation and governments hostile to it, they have succeeded only in delivering thick layers of red tape, muddled thinking and half-measures.

In the face of this entrenched failure, the states with largely privatised electricity industries – NSW, Victoria and South Australia – have been steadily peeling away, going their own way, and getting on with the job.

There are enormous but surmountable technical challenges to be reckoned with.

Tens of billions of dollars of eager private capital will have to be corralled quickly into the development of wind and solar farms and storage, with new and strengthened transmission lines to connect them to where electricity is used.

Behind-the-meter household (and business) energy production and storage will have to expand quickly too.

The Commonwealth government was always an interloper in electricity. It never had a right to play on the main stage. If it can not bring itself to support the states in the challenges they face, it should direct its attention elsewhere.

At a moment of such enormous significance, it is difficult to not reach for cliches. This time, it looks as if there really is a new dawn breaking.