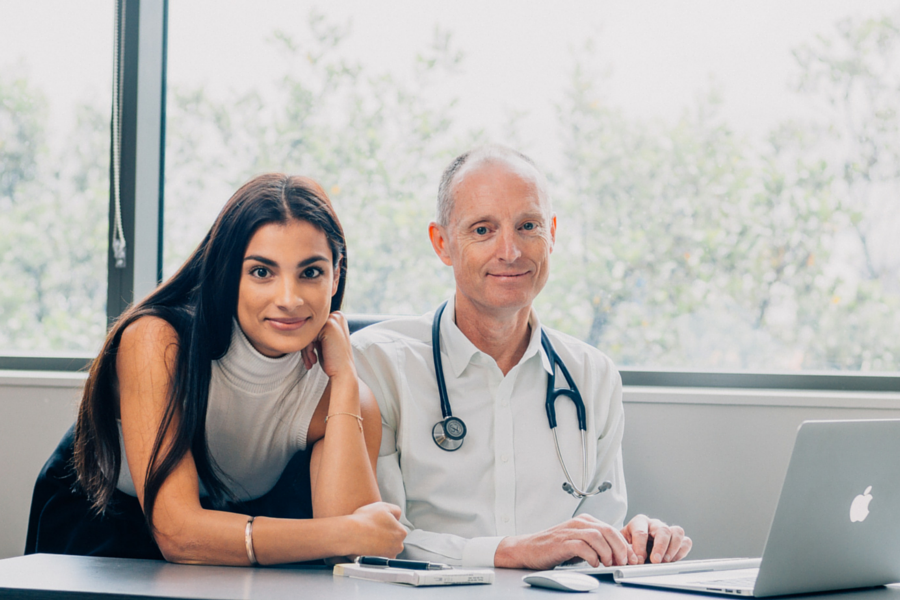 Ask the Australian Government about our nation’s healthcare system and it will tell you that it is broken, with the amount we’re spending on healthcare – around 9.5 percent of Australia’s GDP in 2013/14 – deemed unsustainable. From WellOne’s healthcare membership system to health job search platform HealthcareLink, the number of Australian startups that have emerged in the sector over the last few years confirms that there are quite a few problems to be solved.

One such startup is Doctus, which last month took out second place at the Seedstars World pitching event in Sydney. Launched last year, the startup is looking to solve one of the most frustrating experiences a patient can have: having to spend several hours waiting at the doctor’s office in order to get a simple prescription they already know they need.

Founded by Sarah Beckwith and her father Dr Rodney Beckwith, Doctus is an online platform which allows patient to ask for and order a prescription for a selected range of medications, which is then delivered to their door. It works by having the user select the medication they need and then fill out a questionnaire made up of questions a doctor would ask in a face to face consultation. The questionnaire is reviewed by a registered general practitioner, who then determines if a prescription is necessary and, if so, prescribes the medication. The medication is then delivered the next day from Pharmacy Online.

While the traditional time-consuming experience is frustrating for patients, it turns out it’s just as frustrating for doctors. The idea came from Dr Beckwith’s experience as a GP. As the founder of the Reliance GP SuperClinic in Gosford, which sees over 1,500 patients a week, he recognised the opportunity for a number of these visits to be conducted over a digital platform, thereby saving the doctor’s time for more complex cases, and reducing the time and opportunity cost for patients. Doctus recruited GPs for the platform from the SuperClinic – through which the development of Doctus was also funded – and is now in the process of bringing on more external doctors.

As well as the price of the medication itself, ordering through Doctus incurs a $24.95 consultation fee, and a delivery fee of $9.99. Doctors take a cut that is comparable to the fee they would earn from an in-person consultation. As the platform does not bulk bill, these costs cannot be reimbursed by Medicare. Given the controversy caused by the Government’s proposed Medicare co-payment, it’s evident that not everyone will be able to afford Doctus. However, the number of patients who have used the platform shows that there are people who can afford to pay to avoid going to the doctor’s office – Doctus is on track to surpass 10,000 consultations by the end of 2015.

“Doctus made revenue from day one, and patients keep coming back. Sixty percent of our lifetime revenue is from repeat customers and we are growing rapidly,” Beckwith said.

She added the startup has spent considerable effort to operate within all the relevant legislation, with the work it does compliant with the Australian Medical Board’s guidelines for technology-based consultations.

“Ultimately, the doctors using the platform need to be satisfied they have sufficient identification, information and medical history in order to prescribe.”

The platform can currently facilitate the prescription of 456 medications across issues like cholesterol, osteoporosis, asthma and emphysema, and contraception. It cannot prescribe medications with extensive side effects, or those which require frequent monitoring of the patient.

Beckwith said there are plans in place to broaden the platform “considerably” over the next few months. As well as the development of smartphone apps, Doctus will be introducing video consultations and imaging and pathology referrals, as well as streamlining the purchase of repeat prescriptions.

“Doctus will substantially increase the richness of its platform over the coming 12 months, in which we expect mainstream acceptance of telehealth will become apparent,” Beckwith said.

The startup is currently in talks with a number of investors to raise a seed round. Investment may become necessary for Doctus to develop its new initiatives and scale in order to beat off its new competitor, the Telstra-backed telemedicine startup ReadyCare.

Launched in July, ReadyCare works in the same sort of manner as Doctus. Based off a successful Swiss initiative, it allows patients to phone in or send in photos or videos to a doctor, who can then diagnose a condition and prescribe treatment and medications. As it is not bulk billed either, a consultation through ReadyCare costs $76.

Given the furore over the Government’s proposed introduction of the Medicare GP co-payment over the last year or so, it’s clear that the costs associated with services like Doctus and ReadyCare mean they’re not for everyone. However, telemedicine can become a much-needed resource for over 2 million people living in rural Australia far from doctors. Add to that time-poor city dwellers willing to pay for the time saved and there is a burgeoning market to be found.

Previous article Has Wellington created the most feminist tech ecosystem in the world?
Next article Beat The Q Posse Group raises $5 million and rebrands its flagship product to Hey You
Via Advice
Tags central coastdoctorsdoctusfeaturedgosfordGPshealthcareHealthTechNSWreadycarestartups