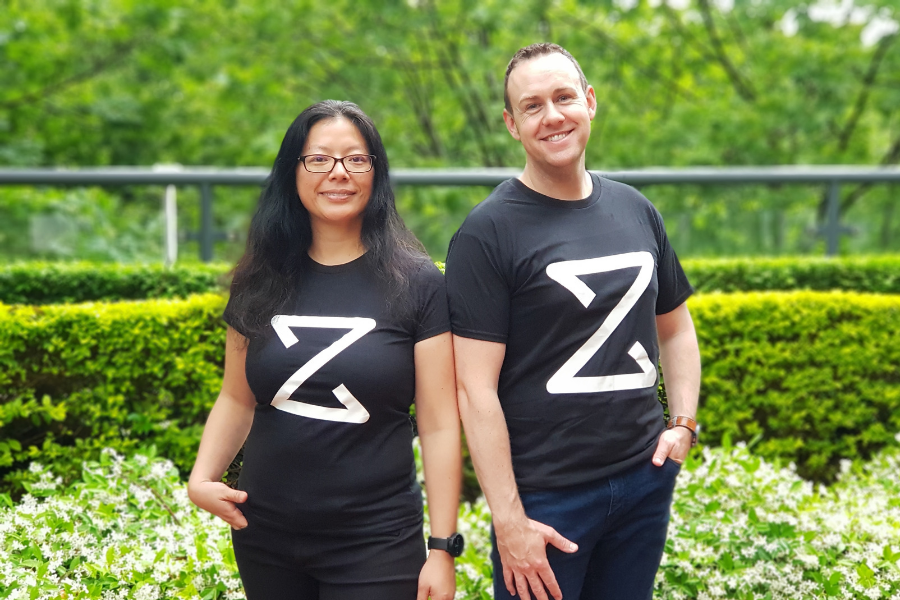 While I would never want to meet my sporting heroes, there are dozens of people that I’d love to spend an hour or two with and have the opportunity to learn from, from business and community leaders to authors, musicians, and more, both big names and the relatively niche and unknown.

Of course, it’s rather hard to facilitate those kinds of meetings with the big names, but for others – ‘micro-influencer’ types, if you will – Australian startup HazTime has the solution.

“Each ‘HazTime’ is an experience shared between people who ‘HazTime’,” Lee said.

“Unlike outsourcing platforms such as Airtasker, Upwork, or fiverr, HazTime is for spending time doing something you want to do, together. So it’s not actually outsourcing, but ‘together sourcing’.”

The idea first came to Tubb, who calls it his “trailmix moment”, while on a trip to Sydney.

Coming from the small Tasmanian town of Somerset, Tubb knew Sydney was full of interesting people he didn’t often get to meet, so he wanted to meet with them during the couple of hours of downtime he had each evening. The problem was, he couldn’t find the right platform through which to get in contact with them without it seeming creepy.

“Tinder peeps didn’t believe him when he said he was a happily married father of three who just wanted to have dinner, and dinner only!” Lee said.

“He found it astounding that in a city with over five million people, he wasn’t able to find someone to have dinner with and resorted to eating the packet trailmix from the minibar in his hotel room. Thus the seed of HazTime was born in that trailmix.”

Working on the idea on the side, the cofounders explored a couple of options to get started.

They first bought a codebase, which Lee admitted “didn’t end up being all that great”. They then deliberated running a hackathon-style session with young developers, before doing a sprint with a developer they knew in Sydney to create a backend product. The developer then got busy, Lee said, so that didn’t work out either.

It didn’t stop there.

“I started looking at different offshore developers but didn’t get very far as I was concerned about the feature creep on the MVP and we wanted a bit more control, so we thought again about doing it ourselves,” Lee said.

“We even downloaded and paid for a course on Flutter which was based on a marketplace app, which I thought we could modify if we could develop it from doing the coursework. We’re both somewhat technical but I wouldn’t go as far as saying we can develop something like HazTime by ourselves, so we thought that would be a viable option. I tried doing a MVP version with WordPress, but it was a mess.”

After all that, Lee found frameworks and tools built on Ruby on Rails that they used to put together the HazTime MVP.

In its current iteration, sellers on the platform can create a listing, or ‘HazCard’, by detailing what they have to offer, their hourly rate, location, and their general availability. Buyers can then browse listings and request to book time with a seller.

HazTime takes a cut of each payment.

As well as building in the ability for buyers to request HazTimes, Tubb and Lee are also working to build a function allowing sellers to donate their funds to a charity of their choice.

The startup is targeting micro-influencers, with conference speakers a particular opportunity, Lee said.

“We’re at the stage of testing out the platform with people we know or expressed early interest.  This is to ensure that everything works as planned. In parallel we are honing into targets and the messaging for the the particular individuals.  We’re doing things that don’t scale at this stage,” she explained.

Among the platform’s early users is muru-d entrepreneur in residence Alan Jones, who is offering buyers an hour of startup advice, an Italian offering to help users plan an authentic trip through Italy, and a developer offering to help people begin developing a web app.

HazTime is the latest startup for Lee, whose previous ventures include marketplace startups 99interns and oddswop. Meeting Tubb while working on GovHack, Lee said the pair found they worked well together remotely, and Tubb’s persistence and “consistent fantastic attitude” made her want to invest in his idea.

“All my previous startups were me driving the agenda and bringing in most of the energy. With Richard I’m relying on his vision and his energy to pick up when mine wanes and I hope to do the same for him,” she said.

“Having someone else to bounce things off and discuss things with is great, and we’re able to balance working with the MVP for a while – and minimise costs – while we start getting some revenue in. It’s true what they say about startups; it’s all about the execution and implementation, and having a cofounder helps.”

With the startup looking to grow its marketplace, Lee said that while HazTime does have competition, none are exactly “comparable”.

“We thought Fan+, upon reading the Startup Daily article, was a competitor, but then realised they are more an experience-based platform rather than one which connects people to their niches and passions,” she said.

“There are many platforms that focus on a particular vertical, such as tuition or music lessons, but none which allow an individual to wear many different hats.”