Guy Kawasaki on why he wanted to work with Canva 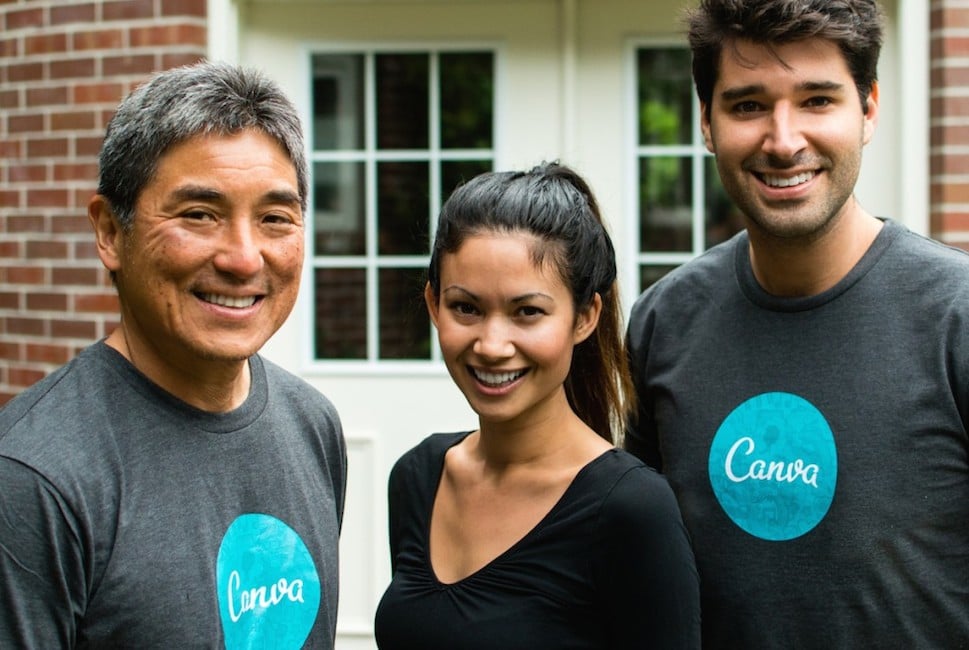 They only launched in August last year, but Canva this morning at a breakfast with newly appointed product evangelist Guy Kawasaki, gave some pretty impressive updates about their platform.

Canva has experienced rapid growth – becoming a daily tool for bloggers, marketers and small business owners worldwide. To date, over 4 million designs have been created on the platform, with 870 000 designs being created in June 2014 alone. They also have over 500,000 users on the application now, a number up from 330,000 just 8 weeks ago in April.

Suffice to say, it seems Canva fever is catching on. The team now sitting at 26 people have outgrown their swanky Surry Hills pad and will be moving to a bigger building in the coming weeks.

Today, Guy Kawasaki gave a presentation on why he joined Canva. It has actually become an internal Canva policy that all new employees use the platform and create and present this to the company. Kawasaki cites that there were three major reasons he decided to come out of semi-retirement and become a full time employee of Canva. (He is also an investor)

Of  the various discussions that happened during the breakfast this morning, there were two stand out topics that came up on the next two big pieces of news to come out of Canva.

The first is a new design button that will sit next to upload buttons on websites, allowing customers of businesses to create designs and upload them. At first, that seemed a little confusing for me to be honest with you and I didn’t quite see the value. To be fair though, it was just a sneak peek that we were privy to this morning, so I will reserve my judgement until we have had time to play and use the feature here when it goes live in the next couple of weeks.

The second was the impending announcement of a Series A funding round in the next couple of weeks. CEO, Melanie Perkins has said that due to their momentum the cofounding team have been fielding calls from both Australian and Overseas investors wanting to get on board with the business. Canva already have a slew of heavy weight investor muscle behind them, and some of the names I have heard on the grapevine about interested parties will be pretty big wins for the Sydney based startup.

Currently cofounders Melanie Perkins, Cliff Obrecht and Cameron Adams own the majority stake in the business.

The Canva team have a lot in the pipeline at the moment, and new features and new partnerships that have been being developed over the last 8 months will all start to come to fruition in the next 6 months as their growth continues. Though an office space in the US is definitely on the cards in the future, the cofounders were pretty concise when saying that Canva will remain an Australian based company with it’s core team here.