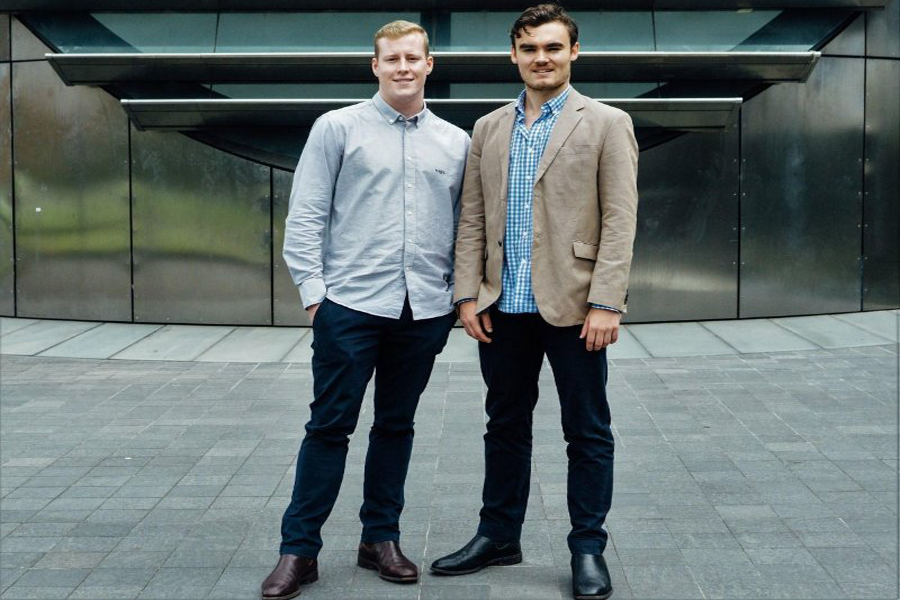 Though social media platforms boast a cumulative user base well into the billions – one in seven people now use Facebook – it remains difficult for businesses to effectively advertise their offerings on these channels because every other business is doing social media marketing too.

Despite this, to keep up with the crowd, online marketing is still pertinent for a startup, especially when thinking about what’s become of offline marketing, with flier handouts a nearly deceased medium that no one will really miss (admit it, you threw it away every time) – it’s just that a new model is required.

This was an idea that former University of Sydney (USYD) biomedical engineering student Ben Lindsay quickly realised after working as a promoter for Uber, where he was tasked with handing out fliers to promote the startup as it launched in a new city.

“I found out the cost of the whole process and compared that to the number of conversions they were getting as a result, and it was mind-blowing. No one cared about fliers, and online marketing was difficult. I talked to some other startups and found that their budget just couldn’t support these methods,” said Lindsay.

Lindsay and cofounder Mitchell Donaldson are the minds behind GoRepp, an online referral app that enables users to earn cash for promoting startups.

The startup wants to solve the problems startups and small to medium businesses (SMBs) face when trying to promote themselves both offline and online with a small budget, by providing them with a cheap and simple alternative.

Putting a spin on the social influencer model, GoRepp works through using everyday users as “brand ambassadors”, enabling them to choose a brand they’re interested in then allowing them to promote their special deals or offerings using social media, email, word of mouth, or if they’re feeling retro – fliers.

In return, the ambassador is able to earn a split of each successful referral, something that is defined by whether a unique or new user opens the link that is specifically tied to each ambassador, as a way to reduce spam.

Linsday explained that to help startups save money and beat traditional online and offline marketing methods, GoRepp only charges them a tiny fee for each successful conversion, twenty percent of which GoRepp keeps.

Although solving the budget issues startups faced was key to developing GoRepp, Lindsay said it was also inspired by another key problem he and his cofounder wanted to fix.

“I also wanted to address something that my cofounder and myself experienced while studying, where it was difficult to gain an income while regularly attending class,” said Lindsay.

This in mind, GoRepp was designed with a key target audience of Australian university students in mind, as a way to enable them to earn quick and easy cash by referring a brand to their friends and fellow students.

To kick the startup off the ground, the two cofounders gained acceptance into USYD’s Incubate program, which provided them with a $5000 seed fund, local office space and access to the program’s workshops and mentor network.

Currently, GoRepp is sitting in beta and is only working with a select number of ambassadors and businesses to help gear the platform for full-release.

Lindsay said the startups currently on the platform include Get Foodie, an online marketplace that allows users to connect with chefs in their local area looking to make an extra buck making cakes, as well as an unnamed edtech.

As for the ambassadors, Lindsay said that currently, the businesses have been sourcing some of their own users to test the platform, while GoRepp has been handpicking from students in startup societies on social media, amongst other spaces.

“We wanted users who might be good representatives to test with, so students in startup societies, for example, made a lot of sense, since we’re dealing with startups,” Lindsay explained.

On full release, Lindsay said everyday users will be able to log into the platform and be presented with a list of different startups that match a user’s interests so that they’re more likely to see a brand they’ll connect with and be motivated to promote.

“This will likely be an automated process, so we’re looking into getting machine learning to take information from places like Facebook.  People aren’t necessarily the best at representing brands otherwise, so it’s in the best interest of the business so they get the most out of it,” he explained.

The cofounder elaborating that focusing on helping a startup get the most out of the app was key to the platform, adding that GoRepp works beside each brand to help them set up their deal and ensure it’s not overshooting or undershooting their margins.

“A lot of businesses in the past using sites like Groupon would often post deals that ended up being detrimental to their financials. We want to balance out the deals so that when a customer actually engages with a brand through referral, they’ll stay with them, rather than move onto the next better deal,” said Lindsay.

The cofounder added that a number of other features are on the way for the platform too, such as gamifying the referral process by locking larger and more niche businesses behind a level up process, which ambassador must first hit a certain number of referrals to reach.

Although startups are a focus for the business now, Lindsay said GoRepp will consider onboarding larger businesses in the future, in addition to seeking funding opportunities, as the app continues to evolve.

“We want to focus on the smaller guy right now who has a fantastic idea, and look to really develop our solution,” he said.